Read on about how the meat industry has recently come under scrutiny because of its environmental and health impacts. The meat industry is one of the world's largest consumers of water and grain, as well as a major contributor to climate change and deforestation. And for those already worried about their health, red meat can lead to heart disease, stroke and even cancer. But what do we really know about the meat industry? What are some other concerns? And what should we do? Let's explore!

For the most part, there isn’t always a lot of variety when choosing where to get your meat. For example, four companies in America process 85% of cattle slaughtered for boxed beef, meaning that if there’s an issue, it affects a large portion of the meat available to the general public.

END_OF_DOCUMENT_TOKEN_TO_BE_REPLACED

Cultural cuisines are deeply influenced by the ingredients available in each area. Your local supermarket may stock tomatoes from California, avocados from the Mexican coast, and oranges from Florida or Spain. But even though these foods are all eaten in your local city, they will taste different because of the diverse regions where they were grown. The same goes for spices too-every cuisine & food culture has their own signature combination of dishes that are not found anywhere else!

END_OF_DOCUMENT_TOKEN_TO_BE_REPLACED

They hype of lab grown meat is everywhere. You’ve certainly heard of Beyond Meat and Impossible Meat, along with so many of their upstart synthetic and plant-based competitors.

But how does lab grown meat work?

It’s an interesting question for both curiosity & safety’s sake. There’s a huge and helpful push to understand where our natural meats come from, so why not our synthetic meats?

Bloomberg QuickTake does an excellent job with their deep-dive into the topic. Watch this video on how lab grown meat is actually made.

END_OF_DOCUMENT_TOKEN_TO_BE_REPLACED

Meat and meat substitutes have been put in the spotlight recently in our collective search for a sustainable future. And if you’re looking to put your money where your morals are, you’ll need to learn how to invest in the rise of plant based and synthetic meats.

END_OF_DOCUMENT_TOKEN_TO_BE_REPLACED

The world is changing, and meat production is changing with it. But where many farmers are looking towards sustainable agriculture methods to limit their carbon footprints, there’s a new industry springing up around lab-grown meat. That’s what we’re here to talk about today, by taking a look at one of the companies leading the way in sustainable meat production: New Age Meats.

END_OF_DOCUMENT_TOKEN_TO_BE_REPLACED

Think of the changing face of food, and plant proteins will likely be first in your mind. And as scientific advances allow it, lab cultured meat will take a place on the environmentally sustainable food throne as well. What do both of these meat alternatives have in common? A focus on protein, above all else.

END_OF_DOCUMENT_TOKEN_TO_BE_REPLACED

Have plant-based fish alternatives left you feeling a little bit… Underwhelmed? Disappointed? Sad enough to say “you know what, forget about it”?

They certainly have for me. While I’ve enjoyed many plant-based protein substitutes for sausages and burgers, seafood is a much more difficult flavor to pinpoint with plants.

END_OF_DOCUMENT_TOKEN_TO_BE_REPLACED

“Real Meat. No Compromise.” That’s the lofty goal that Memphis Meats has as its mission statement: To usher in a new world of meat. But instead of harvesting this meat from animals — with all the associated environmental impact and ethical concerns of factory farming — Memphis Meats is culturing their meat in a laboratory from real animal cells.

END_OF_DOCUMENT_TOKEN_TO_BE_REPLACED

As I write this, it’s summertime where I live — and my mind is turning towards sunshine, swimming pools, and grilling.

Even though I gave up beef years ago, I can’t help but get cravings for a big, juicy steak when I start up my charcoal. But with any luck, Aleph Farms might be able to help me with my predicament.

END_OF_DOCUMENT_TOKEN_TO_BE_REPLACED

Chicken is America’s most popular meat by a long shot — but it’s also one of the most environmentally damaging and cruel of the meat industries. What’s an ethical consumer to do if they want to enjoy their favorite foods without throwing out concerns about animals and the environment? That’s the puzzle that SuperMeat is trying to solve.

END_OF_DOCUMENT_TOKEN_TO_BE_REPLACED

The beef industry is notoriously responsible for the harmful effects of climate change — but could regenerative beef let you eat your steak with a clean conscience? After making a thorough review of all the literature available on the subject, we think that guilt-free beef is the real deal. If you’ve been wondering about how to keep hamburgers and steaks in your diet without abandoning the climate, this little guide is for you.

END_OF_DOCUMENT_TOKEN_TO_BE_REPLACED

Introduced only in the last decade, the climatarian diet has already started to gain devoted followers. But what is this new way of eating, anyway? And if you want to become a climatarian, what would you have to change in your diet?

END_OF_DOCUMENT_TOKEN_TO_BE_REPLACED

You’ve probably landed here because you’re trying to help someone understand the impact of meat on global warming, or you’re trying to learn more yourself. A view without fact is just an opinion, but luckily there are tons of facts to support the claims that meat consumption has an impact on the environment. Whether you’re a Prius owner or someone who swears they’ll never give up meat, here are 10 studies on meat and global warming to help you or someone else understand the impact and hopefully reduce meat consumption.

END_OF_DOCUMENT_TOKEN_TO_BE_REPLACED

You’ve heard chatter about meat consumption and the environment — but do you really know the true impact of meat on global warming?

Here are 10 crazy statistics about that meat industry and global warming that will have you saying, “WTF”:

END_OF_DOCUMENT_TOKEN_TO_BE_REPLACED

The Amazon Rainforest has been suffering from deforestation for decades, which isn’t doing our environment any favors. Rainforests play a crucial role in slowing global warming, given they absorb a significant amount of CO2 in our atmosphere.

It’s a simple equation, really: the more we cut down the rainforests, the more CO2 remains in the air, the hotter our planet gets.

But did you know that when it comes to the Amazon rainforest, the primary cause of its deforestation is meat?

END_OF_DOCUMENT_TOKEN_TO_BE_REPLACED

There’s a ton of buzz out there about how cow farts are contributing to global warming. But did you know that most methane emissions from cows and other livestock (like sheep) aren’t from flatulence?

They’re from burping. In fact, up to 95% of methane emissions from cows come from burping… and it’s hurting the environment.

But before we dive into the impact, let’s talk about how cows produce methane.

END_OF_DOCUMENT_TOKEN_TO_BE_REPLACED 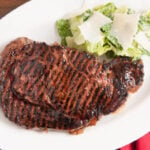 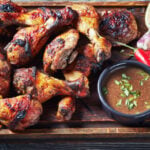 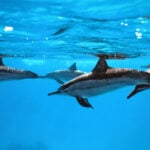 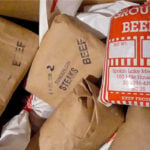 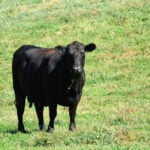 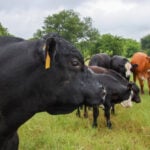