Going vegan is good for your health and benefits the planet. Switching to a plant-based diet reduced carbon emissions while lowering cholesterol.

While giving up poultry endears us to our feathered friends, it can be hard giving up chicken nuggets and fingers. Fortunately, as the world embraces vegan lifestyles, more and more brands carry plant-based alternatives to chicken.

Don’t throw away your favorite chicken teriyaki recipe. We’ve collected the nine best vegan chicken brands for a tasty dinner. These companies make plant-based chicken so authentic and genuine that you won’t even miss the cluck. 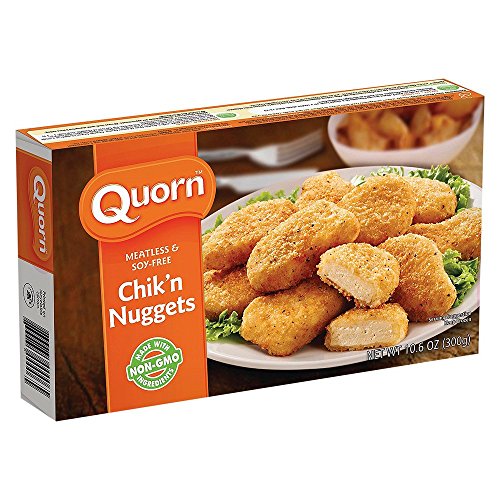 Necessity is the mother of invention and Quorn products. Lord Rank, the company’s founder, developed the meat substitute to compensate for food shortages in the 1960s.

Quorn makes their faux meat from a fungus called Fusarium. The Fusarium ferments in the same way yogurt or beer do, making a delicious meat substitute.

Some Quorn products use egg whites as binding agents, so make sure the chicken is part of their vegan line, which includes:

Sweet Earth makes its imitation poultry from soy, yeast, and seasonings. The plant-based products are high in protein and don’t contain any GMOs.

All of the brand’s faux chicken products are pre-cooked and only need to be heated. The chik’n tastes excellent solo but also makes a great ingredient for any number of dishes. 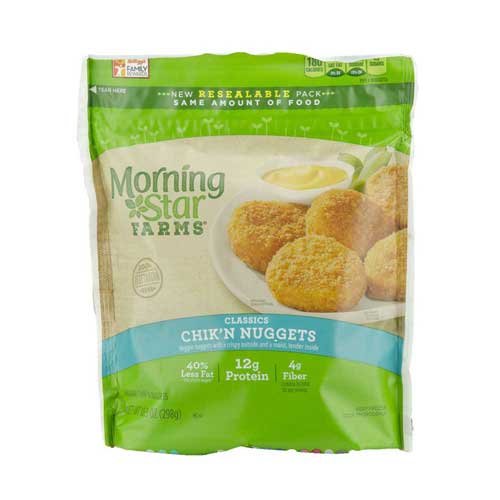 Morningstar Farm uses its plant-based foods to help save the planet. The company began producing meat substitutes in 1974.

Morningstar makes their faux chicken from soy and a wide array of spices. Their products include:

Enjoy Morningstar’s products knowing they make you a friend to chickens and the earth. 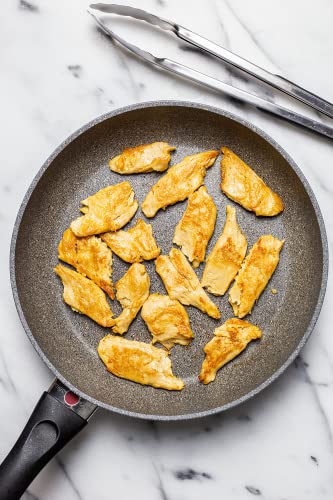 Daring. makes the perfect chicken product for the discriminating palate. The company has perfected its recipe, tinkering with textures, so its faux chicken is indistinguishable from the real thing.

Daring. crafts its chicken product from soy and all-natural spices and oil. The resulting near-poultry tastes and chews precisely like the actual meat. The non-GMO product is low in calories but high in protein.

The faux meat cooks up quickly and easily. Even the culinarily challenged vegans among us can prepare a delicious meal from Daring. ‘s products. The chicken products make excellent entrees and work well in recipes. 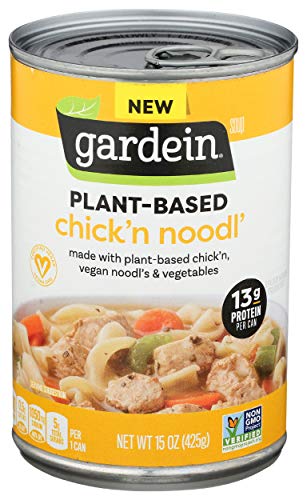 Finding superior vegan chicken in grocery stores can be tricky. Luckily, Conagra owns Gardein, and that company pops up in most supermarkets.

Gardein makes its vegan meat from soy and carefully selected seasonings and spices. The brand makes a wide range of poultry products that can be eaten as entrees or used as ingredients.

Gardein uses its faux chicken to make prepackaged vegan meals that only require heating. The brand’s products include:

The company even makes a line of vegan canned soups to warm you up on those cold winter nights.

Jack & Annie’s is a love story of sorts. Annie, the company’s founder, fell in love with jackfruit while visiting India. There she learned that jackfruit has a similar taste and texture to meat.

Annie took her newfound knowledge to Boulder, Colorado, where she founded her company. The brand developed faux-meat products made from jackfruit, soy, and various seasonings.

The company makes a range of poultry products, including:

Jack & Annie’s makes sustainable meat substitutes that benefit the environment. Additionally, the company buys its jackfruit directly from the farmers and harvesters who depend on the fruit sales for their livelihood.

Impossible Foods have taken over the vegan world since it launched in 2016. Patrick Brown left behind a Stanford career to craft the perfect vegan burger. His pursuit was rooted in the desire to preserve the environment with sustainable food.

The company makes a range of faux chicken products, including:

Impossible Foods are incredibly popular. The brand sells its products in many grocery stores and supermarkets. 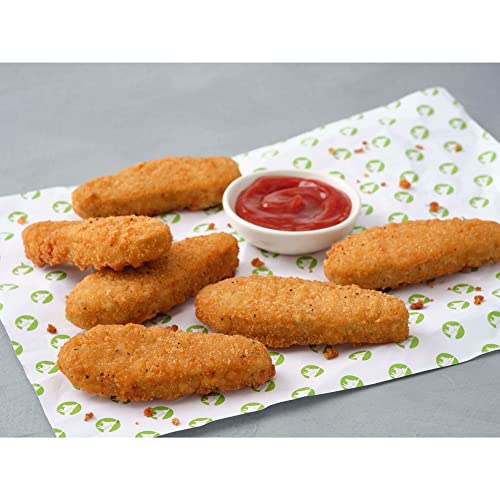 If you’ve eaten a vegan burger in a chain restaurant, you’ve probably eaten Beyond Meat. The company perfectly recreates meat’s flavor. If you didn’t know it was vegan, you’d swear it was animal-based.

Beyond meat fuses peas, mung beans, brown rice, and fava beans to create their protein. The brand mixes its protein with fats, carbs, minerals, and natural flavors for an authentic meat taste.

Beyond’s chicken menu is limited, and the brand only has one option for chicken. However, the Beyond Chicken tenders cook up quickly for a fast, delicious snack.

Lightlife is the grandfather of vegan foods. Launched in 1979 in a converted car wash, the company strives to make healthy, delicious vegan options.

Lightlife makes its chicken from wheat gluten and various spices. The filets make an excellent entree, while the tenders are ideal for recipes. Lightlife’s flavor and texture closely mirror actual poultry, fooling even the most discriminating palate.

Now that we’ve given you a starter list of the best vegan brands, let’s take a minute to clear up some frequently asked questions about faux poultry!

What is the vegan version of chicken?

Vegans who prefer not to use a manufactured chicken substitute can use tofu as a stand-in for the poultry.

Are there vegan chickens?

Chickens are omnivores. The birds can’t be healthy without eating meat of some sort. Chickens aren’t discerning. They’ll eat insects, mice, snakes, and worms-pretty much anything that crosses their path.

What is vegan chicken made of?

Vegan brands make faux chicken out of a variety of things. Soy is the most popular ingredient; however, vegetable protein and wheat gluten also serve the purpose.

Giving up meat doesn’t mean giving up your favorite chicken dinners. This article’s nine vegan chicken brands make authentic, delicious plant-based poultry to satisfy even the most vehement meat-eaters. So pick up a pack at your local grocery store and never feel guilt around a chicken again.