Pickles are deli mainstays. Many sandwich fans would feel robbed if they didn’t receive a pickle spear on the side of their Reuben.

While we primarily associate the “pickle” with cucumbers, the word is a verb as well as a noun. Pickling is a preservation process using vinegar brine to prolong a food’s life.

Prague saw the infinite possibilities in brining and pickling and applied them to sausages. The resulting snack is a delicious and unusual flavor combination, fusing sweetness with heat and saltiness.

We’ve collected the best pickled sausage brands for a twist on pork you may not expect. These brands craft non-perishable meat snacks you can enjoy all year long. 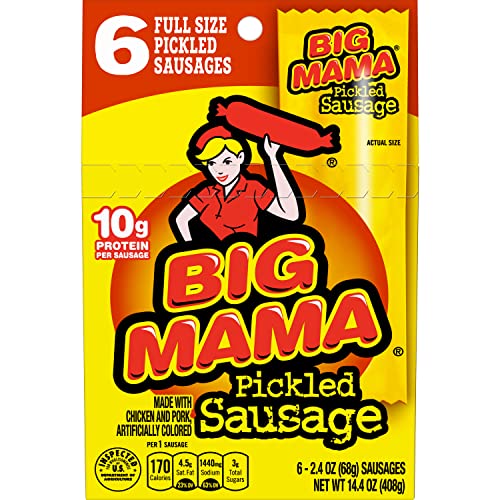 Penrose makes one thing, and it makes it well. The company claims the number-one pickled sausage spot in the public’s heart.

Conagra owns Penrose, marketing the snack widely to grocery stores. The brand blends chicken, pork, and beef into its signature sausage. Penrose pickles the meat in a vinegar brine, lending a tangy flavor to the treat.

Penrose pickled sausages have a little kick to them, so those who prefer milder snacks may want to steer clear. The snack comes individually packaged and ready to eat. 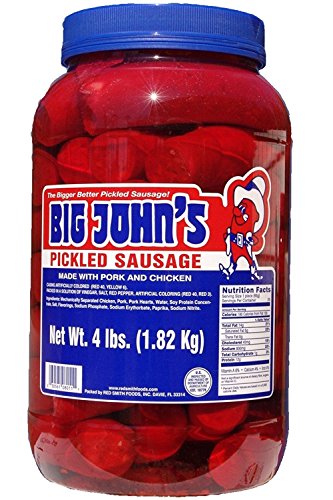 The company remains in the Foster family, propelled by a desire to pickle every part of the pig.

Big John’s makes its pickled sausage from a blend of chicken and pork. The snack owes its delicious flavor to a carefully curated mix of seasonings. The treat is particularly beloved throughout the southeastern United States. 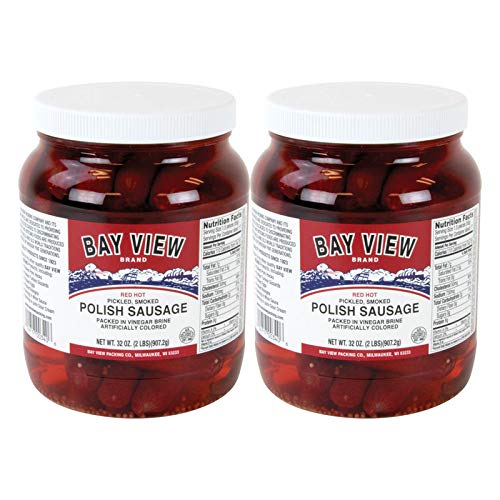 The Liebners have kept the company in the family, continuing to sell Bay View’s signature pickled products.

Bay View makes its pickled polish sausage from pork and beef. The brand brines the meat in a carefully curated blend of spices and vinegar, imparting a spicy flavor that doesn’t burn eaters’ mouths.

Though Bay View is located in Milwaukee, Wisconsin, its products aren’t limited to the midwest. The company ships its pickled products throughout the United States. 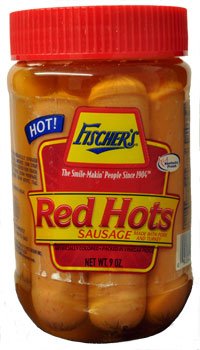 Fischer’s started life as a meat-packing company in 1904. The Louisville, Kentucky-based company.

Fischer’s grew its humble beginning into a widely celebrated cured-meat brand. The company makes a wide range of meat products, but its hot pickled sausages are the piece de resistance.

As the name suggests, the red hot packs a spicy punch.

Fischer’s pickled red hots are only available in 16 American states, but motivated buyers can order the treats from Amazon. 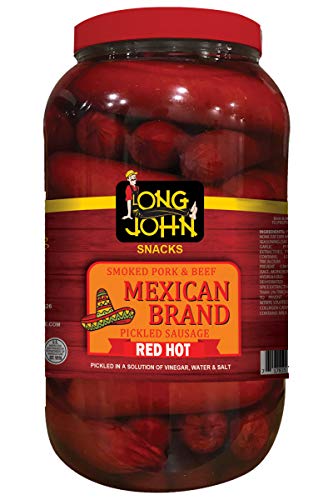 The brand still uses those same recipes now, though it uses modern technology to manufacture its products.

Kubisch releases its pickled sausages through the Long John Snacks branch of the company.

The brand makes its snacks from beef and pork. Long John’s pickled sausages come in a variety of flavors:

All of Long John’s pickled sausages are spicy. The Polish variety is the mildest for those with lower heat tolerance.

Long John promises customers only to use real, organ-free meat. 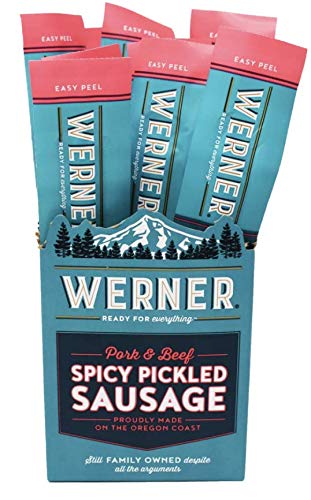 Ken and Karla Werner turned a love of beef jerky into a thriving, family-run snack empire. The couple began crafting their jerky in their Oregon garage in 1994.

The Werner’s business was a labor of love; the pair drove the jerky around themselves, selling it to local businesses and shops.

Ken and Karla enlisted their family in their snack-making scheme and expanded beyond simply dried meats.

Werner makes its spicy pickled sausage sticks from pork and beef. The company pickles the meat in vinegar, soy sauce, garlic, paprika, and sugar. The resulting snack satisfies those who enjoy a little sweetness with their spicy. 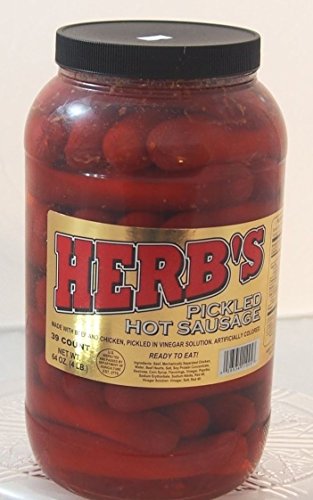 The Wagner family launched Herb’s snacks to incredible and enduring success. Herbold Wagner, Senior started pickling sausage while still living in Germany. He brought his skills to Philadelphia in 1937 and created Wagner Provisions Company in 1939.

Herbold passed his knowledge onto his son, who passed it on to his children, keeping the recipe in the family.

The Wagner family uses beef, chicken, and soy to make their sausage. Herb’s seasons its meat to a perfect, spicy finish. The pickled sausage is ideal for fans who like their snacks hot; Herb’s comes in three flavors:

The brand sells its sausages in individual packages or gallon containers.

Do you still have questions about pickled sausages? We have the answers!

Penrose is the first name of pickled sausage. The brand has inspired copycat recipes and has an impassioned fanbase.

The Conagra brand owns Penrose, and while the company did stop selling the pickled sausages in jars, Penrose still produces the treat in individual packages.

Penrose’s pickled sausage fans can purchase the three available flavors in select stores or order the treat online through Amazon.

Like most foods, pickled sausage is best enjoyed in moderation. Pork and beef products take a while to digest, and pork is high in sodium.

However, pickled sausage is better for you than you might initially think. The pickling redeems the meat. The brine contains valuable probiotics and helpful bacteria—these ingredients aid digestion, keeping a snacker’s gut healthy and happy.

Additionally, pickled sausages provide healthy doses of Vitamin K and A. The protein-rich food may not be on par with broccoli, but it has valuable health benefits.

Why is pickled sausage so good?

Pickled sausages, please, nearly every taste. The snack’s seasoning adds a punch of heat to the rich meat flavor. The brine is sweet and salty, rounding out the sausage’s taste profile (similar to bacon or jerky).

Pickled sausages are versatile and complement a variety of other snacks.

What are pickled sausages made of?

Different companies use different meat blends to produce their pickled sausages. The most common, however, is some ratio of pork and beef. Brands have used chicken and turkey in their sausage blends as well.

The meat is fully cooked before the brining, which is why pickled sausages don’t require refrigeration.

Most companies use vinegar as the base for the pickling brine. Vinegar is an excellent preservative that blocks out the growth of pathogens and harmful bacteria. Individual manufacturers season their brines differently, but most use some quantity of sugar, salt, and garlic.

Pickling sausage may seem like an odd fusion of two worlds, but the result is unique and delicious. These seven pickled sausage brands make pork and beef fused snacks to delight all palates.

If you’re looking to dip your toe in the flavorful world of pickled sausages, this article provides you with the best places to start.