In the world of competitive barbecue, Kansas City stands out as the Midwestern king. Classic flavors combine with slow-cooked burnt ends, pulled pork, and smoked poultry for mouthwatering meals any time of year.

As with any BBQ, the appeal is only half due to the cuts of quality meat. The other factor in delicious taste is the sauce you pair with it. Whether marinated, slathered on top, or used as a dipping option, the right sauce can make all the difference to your BBQ plate.

Read on to learn about the traditions that make Kansas City sauces one of the finest in the nation. Then, check out our list of store-bought options to elevate your barbecue, regardless of where in the country you may enjoy it.

So, if you’re hunting for conventional taste in one of the country’s prime BBQ locations, where do you look? Here’s our list of where to find the best BBQ sauce brands from KC. 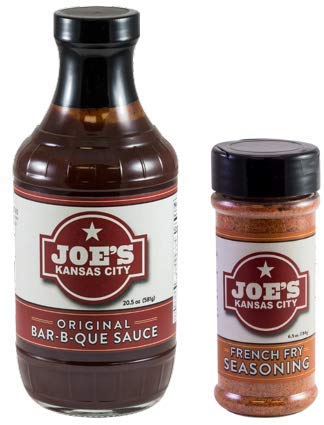 This well-loved establishment is as unassuming as it gets. The current restaurant sits inside of an old-school gas station adjacent to the Missouri/Kansas state line, with working pumps right outside the retail store.

On evenings and weekends you can often see lines stretching out and around the building as eager Kansas Citians as well as out-of-town guests wait to order.

Joe’s flavors are some of the most famous in the region. Dip in one forkful of slow-roasted meat, and it’s clear why people are willing to line up at the gas station!

Bonus: Joe’s also makes a French Fry Seasoning you can shake onto any BBQ side for an extra dash of KC personality. 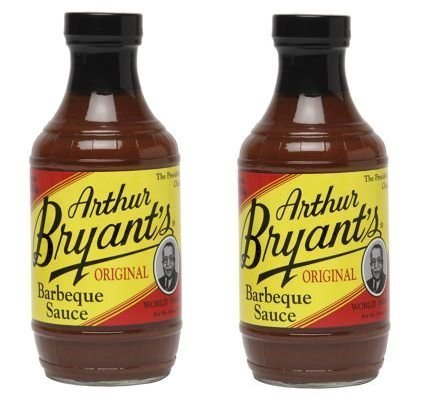 This operation is synonymous with the Kansas City tradition. Founded in the mid-20th century, Arthur Bryant was known as the “King of Ribs,” and boasted several U.S. presidents as his dine-in patrons.

The sauce comes in three flavors: Original, Rich & Spicy, and Sweet Heat. The vinegar base and gritty texture are old-school, refusing to adopt the sophisticated creaminess of newer brands. Bottles sit on supermarket shelves all over the metro area but are also widely available online. 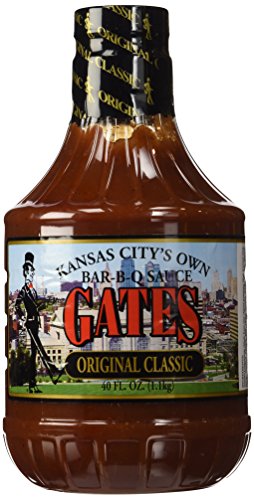 Another legacy KC restaurant, Gates’ history is closely intertwined with the downtown area. In the era of Midwestern stockyards and the cattle boom surrounding the city, the bustle drew in pitmasters from all over the country to try their hand at the next big barbecue flavor.

Gates’ sauce is a baseline smooth tomato that isn’t as sweet as its local competitors. A variety of garden seasonings, such as celery and garlic, go into the bottle for a balanced and herb-forward taste (it’s also vegan friendly). 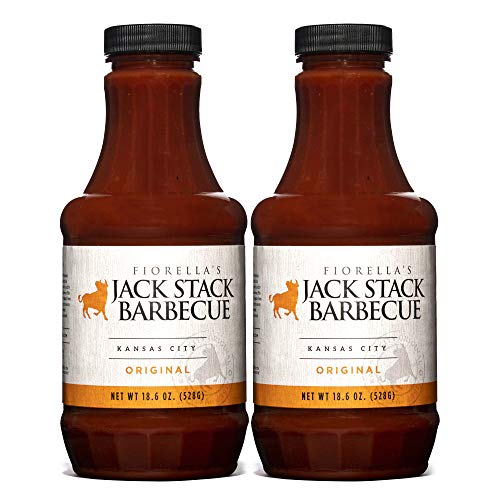 With two locations in the metro area, Jack Stack is another regional favorite. The initial building went up in 1957, and the business continued as a father/son operation for the next three decades. In 1974 they opened a second location which thrives to this day.

Their Original sauce is a tried-and-true recipe, with the best elements of sweetness and just a hint of spicy. Reliable but delicious, it pairs with any smoked meats for a bottle that’s worth keeping as a cupboard or refrigerator staple. 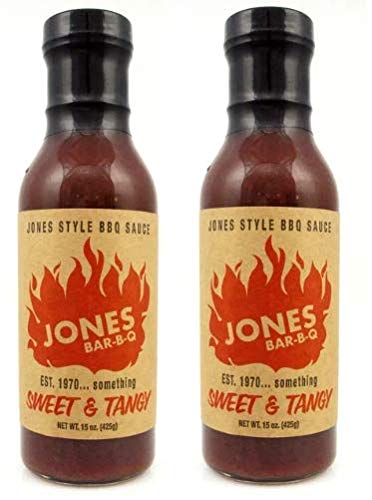 Since the 1970s, Jones has been a principal player in the Kansas City barbecue game. Run by two sisters, it features a huge outdoor smoker that lends a smoky aesthetic to the family-owned enterprise.

The Sweet and Tangy sauce is as close to classic as a bottle can get (not salty at all). However, if you want to branch out a little, the Coconut Pineapple is an exciting twist.

As interesting as it is fun, this cartoony brand has ascended the ranks of KC diners in recent years. Its quirky, artistic bottle labels reflect the personality within, as molasses and mustard jump out of the sauce’s texture for a lively bite.

A perfect blend of traditional and contemporary, Cowtown’s bottles are worth checking out even if you’re a KC purist. For a peppery option, try Night of the Living Barbecue. 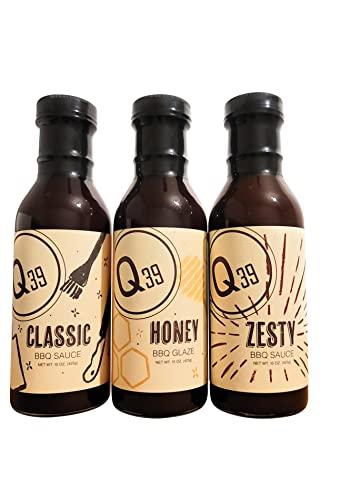 This restaurant is popular among the bougie Kansas City set. Featuring an inventive menu with elevated classic options, it offers a sophisticated twist on down-home KC barbecue traditions.

Though many of their offerings have a modern twist, Q39 also has a Classic sauce. The bottle is a blend of all the good things, like an apricot-tinted tomato base, pepper finish, and just a hint of brown sugar sweetness. Even better is that it works well as a pour over any meat dish you can concoct.

What Kind of BBQ Sauce is Kansas City Known For?

There are regional variations in BBQ sauces that aficionados will say makes each one stand out. Even if your supper is the same cut of protein in Memphis or Houston, it may be a different meal according to which sauce you add to the meat.

So, what is special about Kansas City? As opposed to Tennessee BBQ sauce which centers around savory dry rubs, or spicy Texas BBQ sauce with its fatty meat drippings, Kansas City prefers its sauces to be thick and sweet (never spicy like a Korean sauce).

The local Missouri flavor begins with a rich tomato base, then layers with a hint of spiciness for a complex, savory depth. Often, KC chefs incorporate molasses or brown sugar to accent the sweetness of locally-grown tomatoes.

What Is Traditional Kansas City BBQ?

There are a few restaurants in the metro area that have been in operation for decades. These business staples contribute to the long, rich history of BBQ on the Missouri-Kansas line.

Urban joints in the city boast long-standing favor from residents and tourists alike. Often, these restaurants serve as a museum as well as a restaurant, offering visitors the complete history of the operation to peruse as they eat.

In Kansas City, burnt ends reign as king. This unique, slow-roasted portion of meat from the brisket is juicy and slightly charred, making for a succulent bite that takes on any famous local sauce. The brown sugar and molasses combined with ripe tomatoes are the classic flavor, though many places have taken on other elements of heat or spice to create their distinct recipes.

Below are the most frequently asked questions about the best Kansas City BBQ sauce brands.

What Is Special About Kansas City Barbecue Sauce?

The tomatoey, sweet concoction that you find ladled over KC meat cuts is as mouth-watering as it gets. For those diners who want a spicier experience, most local bottles have a hot version to satisfy. But for the most part, KC sauces focus on the sugary elements for their appeal.

Where Can I Find Kansas City Barbecue Sauce?

Many BBQ producers make their items available online for simple and fast ordering. Though some may charge a shipping and handling fee, it still beats an airline ticket to visit Missouri.

There’s also The Kansas City BBQ Store website, which claims to be the biggest warehouse for any local sauces you might want to try.

It’s no secret that Kansas Citians are proud of their barbecue. Though it’s a fantastic experience to visit one of Kansas City’s classic BBQ operations, you don’t have to leave the comfort of your home to enjoy a good KC flavor.

Many of the best places in town bottle and ship their sauces so you can add that smoky-sweet goodness to any meal you like, right in your home kitchen. Bon appetit!