Many people who are not particularly seafood lovers are often under the misguided notion that most fish taste the same. However, seafood lovers can often taste the sometimes subtle and not-so-subtle differences between every fish.

One of the most popular fish folks enjoy eating, especially in the Southern United States, is catfish. So what does catfish taste like? Let’s dig in.

The Types of Catfish and How They Taste

Regarding flavor, catfish is a bit sweet, with a very mild fish flavor. Its meat is dense, moist, and not as flaky as other white fish when cooked. However, not everyone agrees on their taste; some find the fish has too much of a “muddy” flavor.

There are generally two types of catfish, wild-caught and farmed.

Catfish that are wild-caught tend to have some earthy or “muddy” taste due to their partly bottom-feeding diet.

However, catfish absorbs all types of seasonings, and people usually fry it in cornmeal with a heavy dose of seasoning (like Old Bay), giving it a delightful array of delicious flavors.

Farmed catfish that live in cleaner waters tend to have more of a mild taste that’s sweeter than wild-caught. The flavor is similar to fish such as pollock, haddock, perch, tilapia, and other commonly eaten white fish. You can replace different types of white fish with catfish in many recipes.

The tastiest catfish breed is flathead catfish, also known as “shovelhead” catfish, due to the flatter shape of their heads compared to other catfish. Flathead catfish have vast mouths that make up the front side of their bodies.

These fish are native to the basins of the Ohio, Missouri, and Mississippi rivers. They’ve also been planted in several bodies of water throughout the U.S.

Their superior taste is due to their diet. Since these fish are primarily hunters, unlike other species of catfish that pretty much eat everything, almost like full-bottom feeders, flathead catfish are more selective and eat mainly live fish.

Many fishermen prefer catching flathead as they are generally the best-table catfish you can see. The fish are cleaned by removing a layer of yellow fat in its meat, which improves the flavor.

Their aging process is another reason flathead catfish taste better. As a rule, more significant, mature catfish don’t taste as good as smaller ones because their meat contains more toxins.

Plus, younger catfish are easier to catch since they usually don’t have as many feeding options. They will go for bait faster and can generally be found in shallow waters such as creeks, riverbanks, etc., which also contain less mercury than deeper waters.

While everyone’s preference may differ, the best-tasting flathead catfish will generally weigh between three and five pounds, and nothing over seven to eight pounds is worth cooking.

How to Improve the Taste of  Catfish

Here are a few tips for improving the taste of catfish.

With fresh catfish, you want to cut the artery located between its gills and put the fish on ice. Severing the artery helps expel as much blood as possible. Since the blood carries many toxins and other undesirable elements, getting rid of as much of it as possible improves the taste.

Through this method, also called “pressure bleeding,” more of the blood is forced out from the smaller veins.

The catfish skin also packs many fishy flavors, which some people enjoy, while others find it too overpowering.

By removing the skin, you remove much of that “fishy taste.” However, if you want the skin, there are other methods you can use to reduce the fishy flavor while keeping the skin.

As mentioned earlier, farmed catfish are cleaner as they live in less dirt and mud. They will also have less yellow fat. If you can’t find pre-cleaned catfish, it’s simple enough to clean at home.

Tip 4: Soak your catfish in milk

Buttermilk is the best type of milk, although you can also use regular milk. Soaking the catfish in milk reduces the fishy taste while tenderizing the meat. Soak each fish for around 20 minutes before rinsing.

You can reduce the fishy taste and smell by creating an acidic marinade using ingredients such as lemon juice, vinegar, etc. However, you don’t want to soak the fish for more than an hour, as the acid will start to make the fish mushy and inedible.

Tip 6: Use herbs and spices

There are certain fresh herbs, such as rosemary, you can rub into your catfish along with spices.

And here are some suggested spices:

Tip 7: Soak your catfish in baking soda and saltwater

Baking soda, salt, and water will also reduce the fishy flavor. A soak of around 30-60 minutes should do the trick.

Grilling catfish is a great way to impart a delicious flavor to the meat. The smoke from the grill is absorbed by the catfish meat giving it a fantastic taste along with your herbs and spices. Using a gas grill, you can use ingredients like liquid smoke and mini coals in foil for a smokier flavor.

Regarding smoking, the best woods to use when smoking catfish are apple, cherry, and alder woods.

Laying catfish on ice or ice water helps shrink the fish, forcing the fat. Salt on the ice will further reduce the fish’s temperature by drawing out any heat, much like canned soda. Rinse after the catfish release the fat globules to remove much of the fishy taste and smell.

Tip 10: Other ingredients to improve the flavor 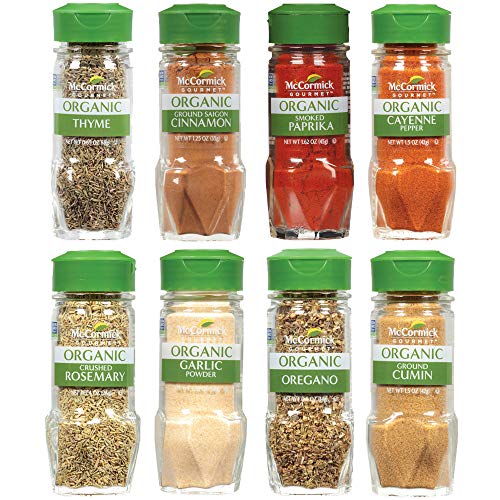 A few other ingredients, such as oils and butter, can absorb the fishy flavor and smell of catfish. Citric ingredients like lime and lemon also can balance the seasonings while minimizing the fishy smell and taste.

Here are a few suggestions:

Certain condiments such as Mayonnaise, Dijon mustard, ketchup, and tartar sauce can also make a big difference – in addition to serving rich sides with your catfish.

Catfish can have a strong fishy flavor if properly seasoned or treated. Wild-caught catfish have the most potent fishy taste.

Is catfish fish good to eat?

Catfish are very delicious, and many people enjoy them either fried, grilled, or baked. They are also as healthy as any other white fish. However, wild-caught catfish can contain more toxins than farmed catfish.

Naturally, cod has a milder flavor than catfish, which has more of a fishy taste and is slightly sweeter, so catfish does not taste like cod. But, if treated, catfish with reduced “fishy” flavor can taste a bit closer to cod.

What fish is catfish similar to?

The fish closest in flavor and texture to catfish are haddock, Flounder, Green Stripe, Bass, and tilapia. Green Stripe Bass is the most popular substitute in terms of appearance. Haddock is closer in flavor.