What is an oven safe skillet? And what is it used for? Those are the questions we’re going to answer in this article.

When our grandmothers were cooking for their families, most cookware was suitable for all modes of cooking: stovetop, oven, and even outdoors over a fire.

In most cases, generations in the past were cooking with cast iron cookware, so they knew that it was safe to put these heavy-duty skillets in the oven.

Today, the options for cookware seem to be unlimited, and there’s something for everyone. However, not all cookware is oven safe. Let’s dive in and learn more.

What Is an Oven Safe Skillet?

An oven-proof skillet is precisely what you would imagine. It’s a skillet that’s safe for use not just on the stovetop but also in the oven. Unfortunately, it’s not always easy to know if your skillet is oven-safe.

With stovetop cooking, you’re working with direct heat, which is ideal for many purposes. For example, browning or searing meat is best done on the stovetop.

However, with excessive direct heat, the food’s outside cooks more quickly than the inside. This can lead to meats that are undercooked.

For many recipes, you’re going to get the best results by finishing them in the oven. For example, the old-school way of cooking roast beef with vegetables is browning the roast in a heavy skillet, then moving it to a roasting pan.

In short, an oven-proof skillet allows you to cook meals in your oven without damage to the skillet.

The key is to read the labels, customer reviews, and manufacturer documentation to ensure that the skillet you buy is oven-proof.

When you think of an oven-proof skillet, you probably envision a cast-iron skillet. However, there are other types of skillets that are safe for use in the oven. 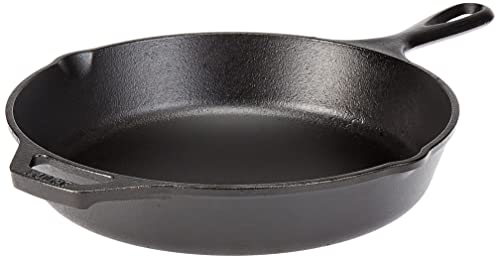 Cast-iron skillets are the original OG when it comes to oven-proof skillets. Many of us have cast-iron cookware that we’ve inherited from family members, and still more of us have built our own collections.

If you don’t a cast-iron skillet, the time is right to buy one. The best reason of all is that these skillets will last you a lifetime, and they’ll survive far into the lifetimes of your own children and grandchildren.

The good thing about cast-iron cookware is that it’s impossible to destroy.

We have seen stories about cast-iron skillets found buried in dirt and later restored. All you have to do is get it back down to the cast iron and re-season it. 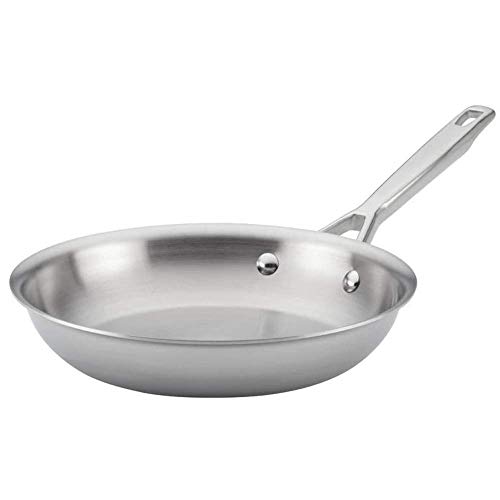 Some brands are lower quality and aren’t safe in the oven at higher temperatures.

Stick with brands such as All-Clad, Heritage Steel, Made In Cookware, 360 Cookware, and Viking. 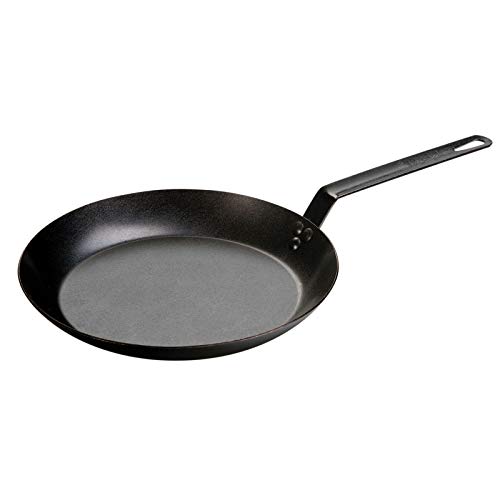 Carbon steel skillets have some of the same drawbacks as cast iron, but these skillets are typically much lighter. 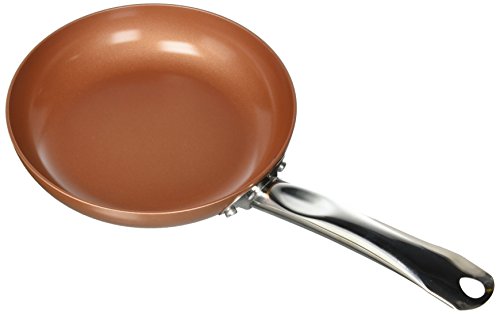 What Is an Oven Safe Skillet Used For?

Have you ever seen a pan of cornbread cooking in a cast-iron skillet in the oven? If so, you have a good idea of what an oven-proof skillet is good for.

But the uses of an oven-proof skillet go far beyond a pan of buttery cornbread.

Also, keep in mind that an oven-proof skillet is also great for stovetop cooking.

For that reason, anything you would normally cook in a skillet, you can certainly cook in your oven-proof skillet.

How to Know if Your Skillet Is Oven Safe

If you’ve got a heavy-duty skillet, does that mean it’s oven-safe? Not necessarily.

Here are some tips for determining if your skillet is oven-safe or not.

What is an oven safe skillet? Below, we answer the most frequently asked questions.

What can I use if I don’t have an oven safe skillet?

If you don’t have an oven-safe skillet, you can use any of these pans.

Absolutely! Home chefs have been using cast iron for cooking in the oven for generations.