You are here: Home / Basics / Tips & Tricks / 6+ Key Differences Between Burritos And Chimichangas 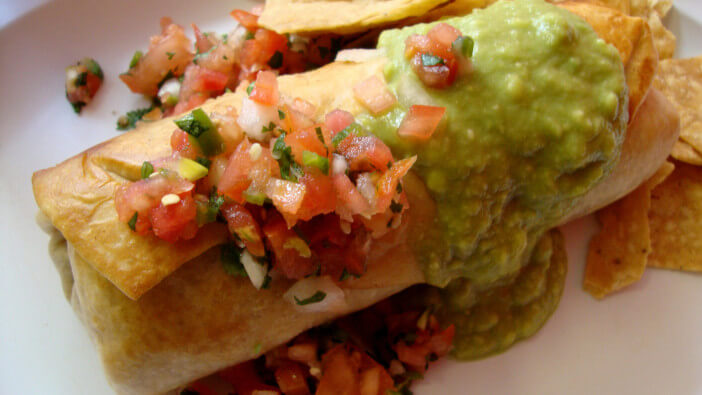 It seems like the entire world has fallen in love with Mexican food and Tex-Mex cuisine. From tacos to burritos and fajitas to enchiladas and chimichangas, there is a Mexican food for everyone.

What Is a Burrito?

The burrito is one of Mexico’s most famous and iconic foods. Burritos can have a variety of different fillings, and these fillings are wrapped up inside a flour tortilla. Over time, the size of a burrito has changed, as have the ingredients.

In the early days, burritos were made with small flour tortillas and had just a few ingredients. However, that has changed. Essentially, you can make a burrito with any ingredients as long as you wrap them up inside a flour tortilla.

What Is a Chimichanga?

Chimichangas are made by lining a flour burrito with ingredients, wrapping the tortilla up and closing it at the ends, and then deep-frying it until the outside is crispy and golden brown in color. Then, chimichangas are served on a plate with sour cream, cheese, and sauces.

What Is the Difference Between Burritos and Chimichangas?

Below are the key differences between chimichangas and burritos.

1. The main difference between burritos and chimichangas is the preparation.

While a chimichanga is technically a fried burrito, they are made quite differently. A burrito is made using a large flour tortilla, then wrapped in foil. You can eat a burrito with your hands. If served on a plate, burritos are left with the ends open.

On the other hand, a chimichanga is deep fried until it’s golden brown. Chimichangas are nearly always served on plates with a fork and knife.

When preparing a chimichanga, you have to tuck the ends up inside so that the fillings don’t fall out when it’s being fried.

2. Burritos are lower in calories than chimichangas.

Since chimichangas are fried and burritos are not, burritos are much lower in fat and calories. If you’re trying to eat a healthy diet, you’re better off going with a burrito and saving chimichangas for a rare treat.

Generally, chimichangas are made with meat and cheese. With a burrito, you can customize it so that it fits your lifestyle. It’s easy to come up with vegan burrito ideas, for example.

Also, some popular burrito ingredients, such as lettuce and guacamole, don’t do well when they’re deep-fried.

3. Chimichangas are nearly always served on a plate.

If you order a burrito out at a restaurant, you’ll usually be able to eat it with your hands. Burritos are wrapped in either foil or wax paper.

Although we do get burritos on a plate at sit-down restaurants, a burrito technically can be eaten by picking it up.

However, chimichangas are nearly always served on plates because they’re covered with sauces that can include melted cheese.

Also, since they’re fried, chimichangas are hot, and this makes them uncomfortable to pick up and eat.

4. Chimichangas are made with fewer fillings.

While chimichangas are stuffed full of meat, burritos can be served without meat. In general, chimichangas have fewer ingredients than burritos have.

Chimichanga ingredients are typically meat, cheese, and rice. With burritos, you can use a huge variety of different ingredients.

If you enjoy other ingredients with your chimichanga, they’re usually served on the side instead of stuffed inside the tortilla.

5. Chimichangas and burritos have different textures.

Because they are fried, chimichangas are soft on the inside and crispy on the outside. Meanwhile, burritos are soft both inside and outside.

Since chimichangas are fried, they also look very different from burritos. While a burrito will be white on the outside because the flour tortilla is white, a fried chimichanga is deep golden brown in color.

Burritos have been a much-loved traditional food in Mexico for hundreds of years. We know that burritos definitely originated in Mexico. With chimichangas, it’s a very different story.

The legend says that a woman named Carlotta Flores was the inspiration behind the chimichanga. Carlotta was the great-grandniece of a woman named Monica Flin, who owned a Mexican restaurant in downtown Tuscon, Arizona, named El Charro Cafe.

One evening, Aunt Monica went downstairs to find a midnight snack. She was making herself a cheese and bean burrito when her grand-niece walked into the room and startled her. In her surprise, she accidentally tossed her burrito into a pot of oil that was boiling.

Before she could stop herself, Aunt Monica cursed. As she was saying the Mexican curse word “chingada,” she was able to change it to chi…michanga. Fortunately, the fried burrito was quite tasty, so it was a huge hit.

The family decided to call this new invention the chimichanga to honor their beloved Aunt Monica. The name stuck, and so did the love of this delicious accidental invention.

FAQs about Differences Between Burritos and Chimichangas

Let’s answer some of the most frequently asked questions about the differences between chimichangas and burritos.

Are chimichangas a burrito?

While chimichangas and burritos are different, a chimichanga can be described as a fried burrito.

Are chimichangas smaller than burritos?

The size of both chimichangas and burritos vary depending on the size of the tortilla you use. However, because a chimichanga has to be wrapped up completely before frying, it will sometimes look smaller than a burrito.

What is the difference between burritos enchiladas and chimichangas?

Here is a breakdown of burritos, enchiladas, and chimichangas.

Enchiladas are made using corn tortillas that are dipped in a special sauce (enchilada sauce).

Burritos are made with flour tortillas and often wrapped in foil for eating by hand.

Chimichangas are made with flour tortillas. Once they’re stuffed with ingredients, they are then deep fried to golden perfection.

Is a wet burrito a chimichanga? 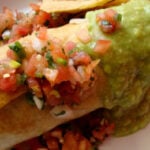 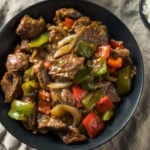 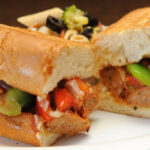 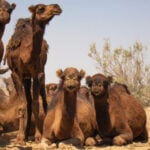 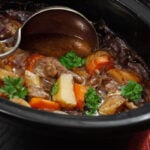 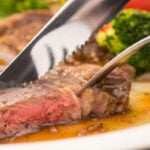