You are here: Home / Meats / Wild / What Does Raccoon Taste Like? Are Raccoons Hunted? 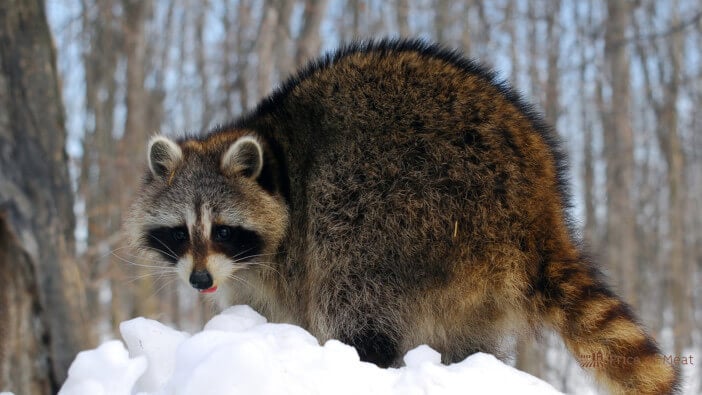 If you’re curious about eating wild meats and you enjoy experimenting with different dishes, from moose stew to ground bear-meat burgers, and much more, then you are definitely among many others who enjoy consuming wild game.

One type of wild game that isn’t as popular as rabbit, squirrel, or elk, is raccoon. Here is a complete overview of what does raccoon taste like & how it’s prepared, which will hopefully help you to decide if you want to try it or not.

Price of Meat does remind readers that purchasing & consuming meat in violation of the Lacey Act or Endangered Species Act is not only super-illegal, but also super-uncool. Please be cool and go above and beyond in support of conservation and ethical hunting (seriously).

The meat is dark and kind of greasy, but very tasty in most cases. Many people state that raccoon meat tastes like buttery lamb meat. However, the taste of raccoon can vary depending on what the animal eats.

If the raccoon eats a diet full of scavenged food from the garage, then the taste of it will likely be less appealing than if its diet consists of vegetables, fruits, reptiles, fish, small birds, nuts, insects, and amphibians, which is its preferred diet.

Not everyone will like the taste of raccoon, and while it typically doesn’t have a gamey taste, it does have quite a strong taste. Some people compare the taste of this animal to dog meat, yet they say raccoon is much tougher.

However, the average person has never eaten dog meat, so there’s no way to compare the two. The taste of raccoon meat will vary, also, depending on the way it’s cooked.

Only if it’s cooked properly will it taste delicious and buttery like some people describe.

Yes, raccoons are hunted, but not as often as they once were. Hundreds of years ago, Native Americans hunted raccoons mainly as a source of food.

However, even though there are people that still eat raccoon meat, raccoons are hunted for their fur and for sport. Raccoon fur is used in the production of hats, clothing, as well as outerwear, though has little commercial value in modern times.

Another reason that raccoons are hunted is strictly to diminish the population, as this animal can be a nuisance by raiding the garbage in many neighborhoods.

Is Raccoon Meat Healthy to Eat?

Under the right conditions, raccoon meat can be considered healthy. Raccoon meat is high in calcium, iron, protein, as well as potassium.

However, it’s not always safe to eat raccoons, because their meat can be riddled with toxins, parasites, rabies, as well as other diseases.

What Happens if You Eat a Raccoon?

If the raccoon was healthy, carefully cleaned, and cooked properly, then nothing will happen if you eat it, other than the fact that you will likely enjoy a good meal.

On the other hand, you could end up getting very sick from eating raccoon meat if the animal was infested with rabies, parasites, or some other disease.

Every time someone kills and eats a raccoon, they take a chance on getting sick, because you can’t always tell if the animal was well or not.

How Should I Prepare My Raccoon Meat?

The sky is the limit when it comes to cooking your raccoon meat, and some people say that raccoon meat tastes like beef, so you can cook it in the same manner that you would cook beef.

Is Raccoon Meat Tough or Tender?

Is it Legal to Have a Raccoon as a Pet?

Not every state allows its residents to keep raccoons as pets, because they’re considered to be wild animals. If you live in the following states, you can legally keep a raccoon as a pet. North and South Carolina, West Virginia, Wisconsin, Wyoming, Texas, Rhode Island, Nebraska, Michigan, Oklahoma, Delaware, Arkansas, Florida, Indiana and Pennsylvania.

Be sure that if you plan on acquiring a raccoon as a pet, it’s important to find out the specific law regarding having a raccoon as a pet. Even if your state allows pet raccoons, some only allow them if a veterinarian has examined the animal and officially approved it.

While some states require that the raccoon undergo an examination, other states don’t require examinations, but they might limit the number of pet raccoons you can have.

You can cook raccoon meat any way that you desire, in the crockpot with plenty of vegetables in herbs, in the oven as a roast, etc. If you check the internet, you can find numerous recipes for raccoon meat, and many of them are wonderful ways to cook it.

Be sure to cook your raccoon meat until it’s 165 degrees Fahrenheit, as this will minimize your chances of becoming sick in case your dinner is infested with parasites or some type of disease.

Where Can I Purchase Raccoon Meat?

Unfortunately, you can’t go to your local Piggly Wiggly or other grocery store and purchase raccoon meat. You will simply have to obtain this meat in the manner that most people do: by going out and hunting one yourself.

There are numerous tips online for successfully hunting raccoons, as well as tips for dressing and cooking them once you catch one.

Again, you need to be very careful, since you can’t tell by looking at a raccoon whether it’s infected with parasites or diseases. 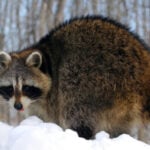 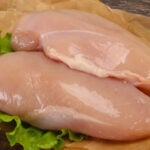 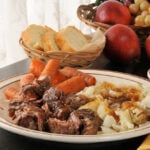 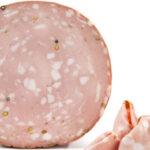 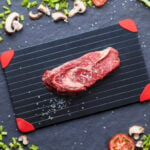