You are here: Home / Meats / Fish / What Does Koi Fish Taste Like? Do Any Cuisines Eat Koi? 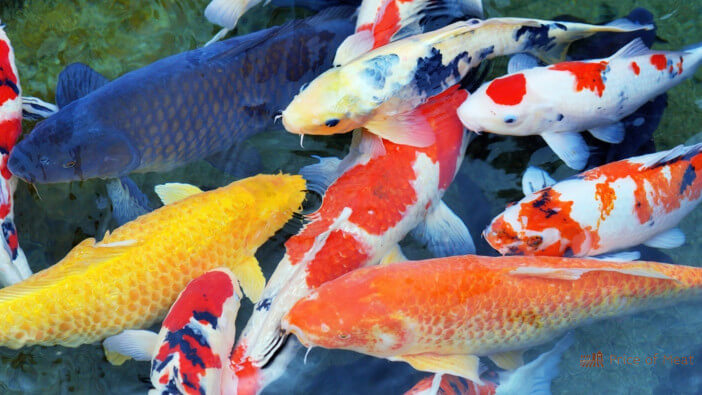 Koi fish. Their brilliant and colorful beauty is the stuff that Asian paintings and backyard ponds are made of. In some people’s minds, koi fish even equal the giant goldfish that dominate the fairy tales of our youth.

That is why it’s so surprising that people wonder if you can eat koi fish, and if so, what does koi fish taste like? More importantly, pondering potential koi fish eaters, wonder if it’s illegal to eat koi fish, or even if you should.

What Are Koi Fish?

According to PetMD, the modern koi fish are descendants of ancient carp. From a classification standpoint, koi fish still belong to the carp family, though most other species of carp lack the brilliant colors and patterning that koi fish have. “Normal” carp usually have a dull brownish-green color.

Currently, about 100 different types of koi fish exist around the world. Although koi fish come in a variety of colors, there are colors that are rarer among koi fish breeds, with black and yellow koi fish being the rarest of all.

What Is the History of Koi Fish?

Koi fish didn’t always exist, though their ancestors did. Although you can often find them in backyard ornamental ponds today, the ancient carp that eventually produced koi fish lived in Chinese rice paddies.

In China, they were part of a farm’s ecosystem; they were bred on purpose in the Chinese rice paddies. For these farmers, they were a source of food.

Eventually, the practice of breeding carp in rice paddies moved from China to Japan. It was sometime after being introduced to Japan in the 19th century that Japanese farmers noticed that some of the carp had different color variations.

The colorful carp were separated from the rest and bred specifically for their colors, which originally were orange or red, blue, white, and black.

In Japan, koi fish took on a special meaning and often found their way into the ponds of royal families.

For many Asians, koi fish are considered sacred animals.

Why Don’t We Eat Koi Fish?

This has to do with the history of koi fish. More specifically, because many people now consider koi fish sacred pets, they don’t eat them.

However, it’s important to note that koi are carp, and originally, the Chinese farmed carp in their rice paddies with the intention of eating them. They’re edible fish.

It’s just that we don’t eat them because of what they’ve grown to mean to the people who cultivate them as pets.

For those who keep them in koi ponds, these are pets that can live up to 50 years, though the oldest-known koi fish is said to have lived to be 200 years old.

Koi fish growers would no more eat their koi fish than they would their house pets. To them, koi fish are swimming jewels in their ponds. That’s why koi fish are so special to so many.

How Big Can Koi Fish Get?

Koi fish grow to be quite large. Usually, you can expect a koi to grow up to three feet in length, though the largest koi fish ever discovered measured four feet in length.

They’re also hefty fish. On average, you’ll find koi fish can grow to be 35 pounds, give or take.

Many people think that koi fish are just goldfish that grew way too big. However, this isn’t the case. Koi fish and goldfish do belong to both the same family and subfamily of fish, Cyprinidae and Cyprininae, respectively.

However, these two fish belong to two distinct genus and species.

What Is the Best Way to Cook Koi Fish?

If you do choose to eat koi fish, you’ll want to keep a few things in mind in order to get the best taste from the fish.

The Texas Parks and Wildlife recommends that home cooks remove the fish’s skin before cooking it. The skin has a fishy flavor that is quite strong and that will seep into the meat.

Some people also recommend that you remove the tail and allow the fish to bleed a bit before you clean it. It’s additionally advised that you take any dark meat from the fish before cooking commences.

Carp fish also need to be scored before cooking. That is, you should slice into the fish’s body once every quarter to eighth inch or so. Doing this allows the heat from the oven or frying pan to seep deep into the fish. This serves to soften the fish’s small bones, which are numerous.

Otherwise, you can cook the fish the same way you cook other fish. You can make filets out of it. It’s also good if you batter them and deep fry them.

Some people like to make a stew out of carp, while others enjoy carp as fish cakes. It can also be treated with lemon and baked.

It should be pointed out here, however, that if you choose to eat koi fish, you may want to eat the fish that you catch in the wild.

In many places, koi fish swim in the open waters just like their plainer carp cousins. They’re considered an invasive species in some areas.

However, that’s not the only reason why you may want to eat a fish that you catch from one of these open waters. Buying koi fish can be expensive, with some fish costing $50 or more.

The most expensive koi fish cost over a million dollars. That’s a lot of money to pay for a single meal, though arguably, given how big koi fish get, it might be a meal for a whole family.

Is There a Way to Get Rid of the Koi Fish’s Bones?

Koi fish have many small bones, making eating them tricky and time-consuming. One way around this is to pickle the koi fish.

To do this, you can cut the meat into small chunks. Once you cut up the fish, put it in canning jars filled with vinegar and water and soak the meat overnight.

You boil the mixture until the fish is thoroughly cooked and then seal the fish in the boiling liquid in the canning jars.

Is it illegal to eat koi fish?

It’s not illegal to eat koi fish, but in light of their role in some Asian societies, it’s not advised. Koi meat can have more mercury in it than other fish, which adds toxins to the fish and therefore, makes them toxic to humans, depending on where the koi is grown.

Can you cook koi fish?

Yes. If you choose to eat koi fish, you’ll cook them like you would cook a carp (because they are carp). Texas Parks and Wildlife does caution people about eating carp. More specifically, the website warns fish eaters to keep carp on ice and eat them as soon after the catch as possible because carp can spoil quickly.

Koi fish that grow in the wild have a bit of a muddy taste, just like goldfish or catfish and other bottom feeders. This is due to the conditions that these fish are grown in — usually cold, stagnant water.

Do any cuisines eat koi fish?

In some European traditions, many people serve carp at Christmas time. As we also mentioned, the ancient Chinese grew carp specifically to eat. 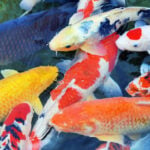 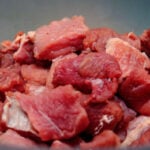 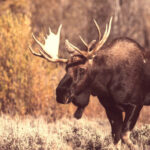