If you grew up in the fast and frozen food culture of the past 50 years, chances are you’ve partaken of the shredded and reconstituted delight known as a chicken nugget.

But outside of its adoption by McDonald’s, how much do you really know about the humble nugget?

In this article, we’ll be taking a deep dive into the history and fascinating story of the development of the chicken nugget — as well as remembering a handful of controversies surrounding this childhood staple food. Let’s jump right in.

1. Chicken Nuggets Were Created By A Scientist 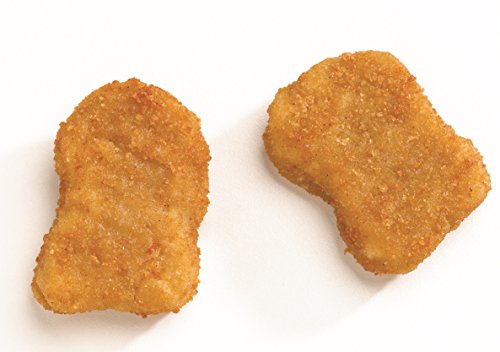 Cornell University’s Robert C. Baker is responsible for the initial development of what would come to be known as the chicken nugget. He was a key figure in the widespread adoption of poultry products into American eating habits, thanks to his innovative solutions to food storage and preparation.

Originally called the “Chicken Crispie” by Baker and his colleagues, the first renditions of the chicken nugget were developed in the early 1950s.

2. Chicken Nuggets Were Made to Solve A Food Storage Problem

If necessity is the mother of invention, then Robert Baker’s inspiration for the chicken nugget came from the necessity to store and transport frozen chicken.

The meat industry of the 1950s was struggling to find a way to produce and sell frozen poultry that could then be fried without losing its crispy exterior, but the expansion and contraction from freezing and unfreezing made this a challenge.

Baker’s solution was to mix the shredded chicken meat with vinegar, spices, and flour, finally using a grain and egg exterior that would keep its shape when fried. And voila! The chicken nugget was born.

3. You Can Watch How McDonald’s Makes Their Chicken Nuggets

In response to rumors that their chicken nuggets were made of unsavory (or even unnatural ingredients), fast food giant McDonald’s decided to go the extra mile — publishing their “Birth of a McNugget” video, detailing the process from start to finish. Watch it below:

So it turns out that chicken nuggets are made from whole chicken! And not the pink slime that’s sometimes alleged to constitute any number of fast food meats.

Imagine someone who eats 100 chicken nuggets a day. Not exactly the picture of health, right? Well, in the case of multi-time Olympic gold medalist Usain Bolt, that couldn’t be further from the truth! USA Today has this quote from the lightning-fast sprinter:

At first I ate a box of 20 for lunch, then another for dinner. The next day I had two boxes for breakfast, one for lunch and then another couple in the evening. I even grabbed some fries and an apple pie to go with it.

In the end, the runner estimates that he ate over 1000 chicken nuggets during his stay in Beijing. We definitely can’t recommend trying that at home unless you’re burning as many calories as Bolt, though.

5. There’s A World Record for Most Chicken Nuggets Eaten

The current world record for most chicken nuggets eaten in 1 minute was set in September of 2020, when Todd Fernley of Washington, DC ate 315 grams (11.11 ounces) of chicken nuggets in just 60 minutes.

That’s a little bit over 15 nuggets in a minute, or one nugget every 4 seconds! Leah Shutkever of Redditch, UK holds the record for most nuggets eaten in 3 minutes, though: A massive 775.1 grams.

6. Chicken Nuggets Are Responsible for the Most Retweeted Post in History

Social media is a funny place. Among divisive political rhetoric, spicy memes, and sneakily photoshopped selfies, you may also find the occasional good deed done — as was the case with Carter Wilkerson, a young man who just wanted some Wendy’s chicken nuggets.

To be more precise, he asked Wendy’s what it would take to get free nuggets for a year. Their answer? 18 million retweets. Twitter soon rallied around Wilkerson’s request for retweets, leading to an incredible 3.5 million retweets.

Even though he didn’t reach his goal, Wendy’s kindly rewarded him with nuggets anyway.

7. Chicken Nuggets Played A Key Role In A Zombie Movie

Kids begin shifting and changing into tiny zombies, and the cast must defend themselves while solving the mystery of where the virus is coming from.

The culprit? A tainted batch of chicken nuggets. This just goes to show how deeply embedded in pop culture the humble nugget has become.

8. The World’s Largest Chicken Nugget Was Made In 2013

Empire Kosher Poultry, a giant of the chicken production world, decided to go big to gain some attention for their products in 2013.

The result? The largest chicken nugget ever made. Weighing over 50 pounds — that’s as much substance as 720 regular nuggets — the nugget had to be deep fried in a 500 gallon fryer. It measured 3.25 feet long and 2 feet wide. 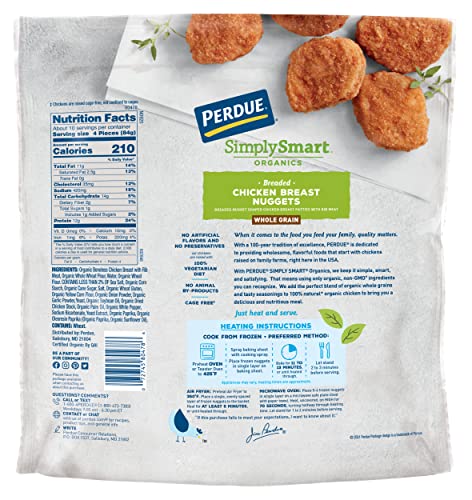 Now for the bad news: Those delicious little fried chicken pieces likely shouldn’t become a staple of your diet. Stanford discusses this at length, noting that even brands of nuggets that advertise themselves as “all natural”, “organic”, or “whole grain” are still extremely high in fat and salt, with little redeeming nutritional value.

Harvard backs this up as well, cautioning against considering chicken nuggets a healthy food just because they’re made of poultry.

10. Even Plant-Based Nuggets May Be Unhealthy 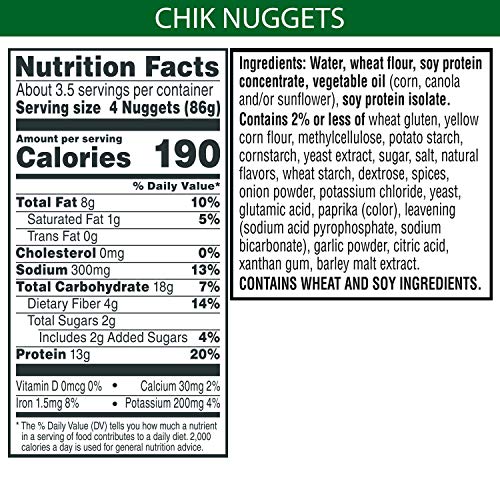 Alright, then: If you can’t eat chicken nuggets regularly, then surely a plant-based substitute would be healthier? Unfortunately, the answer to that is only a “maybe”.

While plant-based foods are better for the environment and have a lower carbon footprint, this doesn’t automatically make them healthy. And in the case of faux chicken nuggets, the main culprit in their unhealthy status isn’t the plants used to make them — but the high amounts of oil and salt used for frying.

It turns out that the best stance to take towards chicken nuggets is one of moderation, considering them as an occasional indulgence but not a staple food.