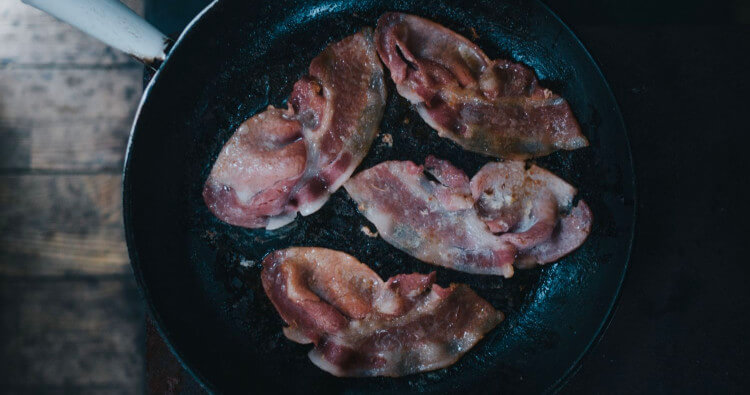 Though bacon is no doubt the star of the show at the American breakfast table, there’s a whole world of breakfast meats to explore. From Italian pancetta to thin-cut steaks, Canadian bacon, sausages, and more, meat eaters are spoiled for variety in their breakfast meats.

In this article, we’ll be exploring both the history and facts of popular breakfast meats, as well as introducing you to some more niche and obscure choices that grace breakfast tables across the world. So whether you’re looking to spice up your first meal of the day or cook a classic brinner, we’ve got you covered.

1. Bacon Could Vie for the Title of “America’s National Food”

America’s bacon fervor only seems to be growing, with MarketWatch reporting bacon sales up year by year, with recent statistics indicating sales of more than $4 billion per year in the United States alone! This led to Smithfield, a pork supplier, issuing a survey asking Americans whether they thought bacon could become the culinary symbol of America. The results? A whopping 65% of respondents indicated that they would be happy to have bacon as America’s “national food”. Not so bad for a humble breakfast meat, eh?

2. This British Dish Might Be the King of Breakfast Meats

Perhaps no other dish is as recognizable for British cuisine as the massively flavorful Full English. Starting with a base of toast and eggs, you’ll be treated to additions of charred tomatoes and beans — as well as an astonishing variety of meat products. Everything seems to be on offer here, from country ham to bacon to sausage links and patties. And for the more adventurous, you can indulge in traditional black pudding: an intensely flavored blood sausage that’s definitely not for the faint of heart.

3. You Should Be Careful How Much Breakfast Meat You Eat

Delicious as breakfast meats may be, they can also pose serious health risks for people who overindulge. The main culprit, as explained by Harvard Med doctors, is the high salt and fat content in most breakfast meats. This can lead to retention of water, significant weight gain, and even problems with fatty accumulations in your arteries. What’s a breakfast meat lover to do, then? As with everything related to nutrition, the prescription is simple: Moderate consumption of breakfast meats will allow you to enjoy your favorite food items without putting your health in danger.

Anyone living outside of the Mid-Atlantic states is unlikely to have heard of scrapple — a hugely popular regional breakfast meat with its origin in the culinary habits of Pennsylvania Dutch settlers. Sometimes known as “Pennsylvania’s Other Meatloaf“, scrapple is a blend of pork scraps and trimmings bound together with cornmeal, flours, and spices. It’s traditionally made with organ meats, giving it a distinctive flavor that people either love or hate. Slice it thinly and fry it in a pan, though, and we’re sure you’ll be a scrapple convert.

Land animals aren’t the only ones that have been singled out for breakfast consumption as cured meats, and we have traditional Jewish cookery to thank for that. Lox, a lightly brined salmon, has become a popular companion of bagels and cream cheese thanks to large Jewish populations in New York and elsewhere. More advanced variations of this simple breakfast add capers and thinly sliced red onions, making for a surprisingly healthy dish with rich and complex textures and tastes.

6. Turkey Can Be A Healthy Alternative to Bacon

While there’s no replacing the role of crisp, sizzling bacon in many breakfast plates, turkey bacon comes in a close second in deliciousness. Even better, it’s remarkably healthy in comparison to pork bacon — requiring less salt to cure, and having much lower levels of “bad fats”. Though neither meat is a “health food”, turkey bacon can be a good alternative for people looking to limit their fat and calorie intake without giving up the taste and texture of their favorite breakfast foods.

As a way to make the absolute most of their slaughtered hogs, early American farmers and settlers developed the prototypes of today’s breakfast sausage links: Heavily spiced and salted and made without casings, these links allowed frugal farmers to reconstitute pork scraps into high-protein breakfast staples. Since refrigeration was not widespread at the time of their origins, it’s assumed that breakfast sausages were heavily seasoned with sage and spices both to slow spoiling and mask unpleasant odors. Today’s breakfast sausages are no doubt of a high quality, but the taste for sage and spices remains as an indicator of their unrefrigerated history.

With its origins in low-income communities in the Appalachian region, Biscuits and Sausage Gravy has come a long way from its humble origins. Now a staple of fine-casual and New American style diners across the United States, biscuits and gravy was originally a staple food for people living in poverty. By cooking off even a small portion of inexpensive pork, the home cook could then use the rendered drippings to make a flavorful and calorie-dense gravy. Paired with simply made flour and water biscuits, this meal would feed poor communities across the U.S. for decades.

Though often reserved for lunchtime sandwiches in the United States, cold cuts of ham, turkey, and beef regularly grace the breakfast tables of European countries. Germany, Austria, Switzerland, and Scandinavia are perhaps the best examples of this breakfast style, where sometimes dozens of small items will be arranged in a breakfast feast fit for a king. Accompaniments include a variety of breads, jams, and cheeses, and the Central European countries will often pair this with a crisp, room temperature pilsner beer. Prost!

10. Even Beef Can Make An Appearance At Breakfast

Combined with fried potatoes and onions, corned beef can be turned into an extremely rich and filling breakfast known as corned beef hash. Developed as a way to use up the meat from the previous night’s boiled beef dinner, corned beef hash has its origins in the New England region. You’ll also find a variation here known as red flannel hash, using bright red beets instead of potatoes. Either way, the dish is heavily fried in a slick of oil, and is a decidedly pungent combination of heavily salted ingredients. 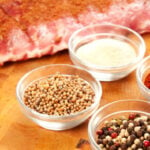 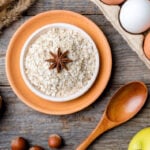 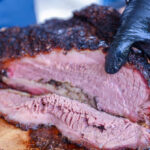