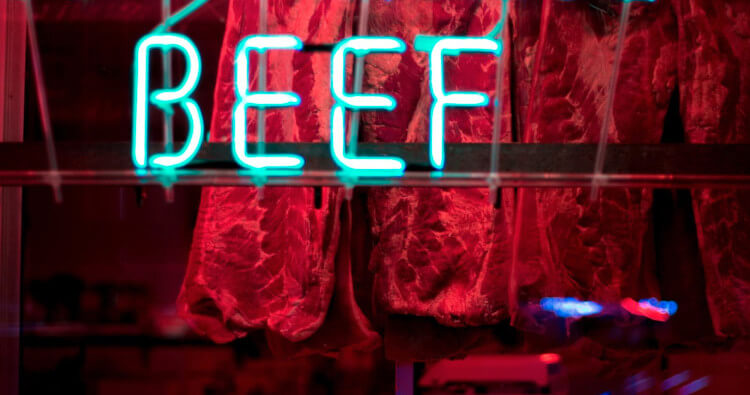 Are you wowed by wagyu? Thankful for tri-tip? Pumped for prime rib?

Whether you’re already an aficionado of cattle cuts or a filet mignon novice, you’ve come to the right place to learn new and interesting facts about beef.

In this article, we’ll be covering both scientific facts about beef — and it’s relationship to the environment — as well culinary curiosities and more. So if you’re looking to up your beef knowledge for trivia night, read on to find out more.

1. Cuts of Beef Differ from Country to Country

While those of us in North America might be most familiar with beef cuts like the tenderloin, ribeye, and top round, other cattle farming countries have both different naming systems and different preferred cuts.

Argentina, Brazil, and Colombia are most notable for their differences from American cuts, while the French system of cuts is by far the most thorough and sub-divided.

2. The United Nations Has A Strict Standard for Beef Production

As outlined in their Bovine Meat Carcasses and Cuts guide, the United Nations Economic Commission for Europe is regarded as the most complete and thorough examination of beef production, with considerations for everything from the nature of the cuts provided to beef production history and acceptable degrees of fat and marbling.

Related to the above fact, they’ve also pioneered a standardized description of different beef cuts in an attempt to make it easier to sell beef across cultural borders.

3. Beef Can Be Certified for Four Special Diets

In an effort to make beef available to people of all cultures and belief systems, a system of designations has been developed for methods of processing.

Grass-fed beef has been raised exclusively on foraged grasses (not feed), while organic beef was raised without the use of hormones, pesticides, or chemicals.

Kosher and Halal designations refer to beef that has been processed in line with Jewish and Muslim dietary laws, respectively.

4. Beef Is More Sustainable Today Than Ever Before

According to a report by the Beef Farmers and Ranchers in association with Beef Sustainability, the carbon footprint of beef today is 16% lower than it was in the 1970s — and today’s farmer and ranchers use 36% less cattle produce the same amount of beef, thanks to innovations in cattle husbandry and meat processing.

While beef is still a powerful strain on the environment, it’s encouraging to see cattle farmers and ranchers making real efforts to reduce their carbon footprints – all the more reason to buy a whole cow and support your local rancher.

5. Beef Is An Excellent Source of Protein (and Nine Other Essential Nutrients)

In a single three ounce serving of cooked beef, you’ll receive more than 10% of your daily recommended value of each of these essential nutrients — making it something of a protein superfood.

6. Aging Is A Key Component of Beef Flavor

It’s easy to agree that tender beef is good beef — but aside from the cut, what makes one piece of beef more tender than another? It all comes down to aging.

In the traditional “wet aging” method, beef is carefully sealed and refrigerated for a period of 2-3 weeks, where physical changes will allow it to develop a greater tenderness.

Alternatively, some avid culinarians have turned to “dry aging”, a process wherein beef is left exposed to airflow under carefully refrigerated conditions, leading to a controlled enzymatic activity that can break muscle tissues down and lead to better flavor and texture.

7. Steak Thickness Indicates How You Should Cook It

In a study sponsored by the Checkoff foundation and performed in partnership with BeefResearch.org, steaks of four different thicknesses were cooked by four methods and graded by a panel of consumers for their tenderness and taste. The results?

It turns out that how thick your steak is should guide what cooking method you should use to sear it to perfection.

Additionally, it’s worth noting that steaks of just 3/4 inch thickness could be prepared using any of the methods — making them the most versatile choice for home chefs.

8. The World’s Top 5 Beef Exporters May Surprise You

If you had to guess which countries produce the most beef per year, which ones come to mind first? If you guessed the United States, home to large grasslands and famous for its cowboy and ranching culture, you’d be close — but not in the number one spot.

In order, the top five beef exporting countries are: Brazil, Australia, India, the United States, and Argentina. Taken as a whole, the European Union ranks only number 10 on the list — which makes sense, given their relative lack of grazing land.

9. Americans Eat A Huge Number of Hamburgers Each Year

On average, each American man, woman, and child eats three hamburgers per week — leading to a total hamburger consumption of almost 50 billion burgers per year!

While this is certainly impressive, it’s also become a cause for alarm among environmentally conscious consumers, since beef is a land- and resource-intensive meat to raise and transport, with some researchers estimating a 6.5 pound greenhouse gas release per quarter pound hamburger.

10. Beef May Not Be the Best For Your Health, But It’s Complicated

In a review of nutritional studies by Harvard Medical, doctors found themselves at odds over whether regular beef (and other red meat) consumption was truly problematic.

While it’s clear that high consumption of red meat, including beef, leads to negative health outcomes over time, the exact amount that can cause health problems is unclear — leading to disagreement between researchers and nutritionists. 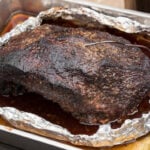 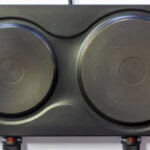 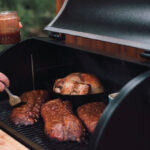