Buying lunch meat in the deli aisle is very convenient. You open the package, put a slice of ham, roast beef, or whatever between two slices of bread with the toppings and condiments, and you have lunch.

Unfortunately, these kinds of processed meats are not exactly the healthiest things you can put into your mouth. A steady diet of processed meat can cause cancer, cardiovascular disease, and type two diabetes. It can lower your lifespan by quite a few years if you’re not careful.

Fortunately, other kinds of meat exist that you can put between two slices of bread that are not quite as unhealthy. Here are a few lunch meat options that are not processed. 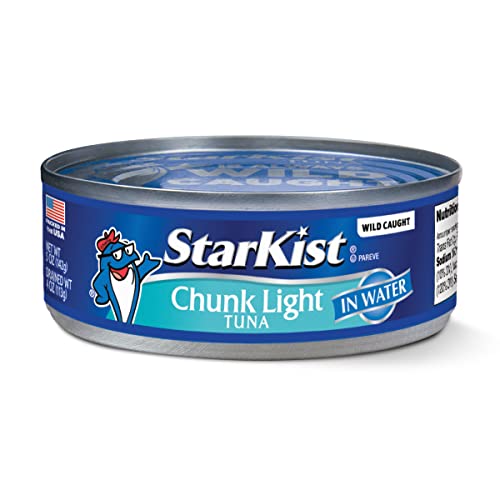 Canned tuna, which is already precooked, is an excellent meat to make a sandwich with. Tuna is filled with protein and various vitamins that make it an extremely healthy substitute for processed meat.

Some people take the canned tuna and make tuna salad out of it before making a sandwich. Combine the tuna with mayonnaise, celery, onion, garlic, lemon juice, and relish in a mixing bowl.

Whether you’re using the tuna as is or as a tuna salad, add bell pepper slices, sliced carrots, and spread mayo on the insides of the bread before serving.

Fresh tuna, which you can buy at a fishmonger or in the fresh meat section of your local supermarket, makes a tasty alternative to canned tuna.

It is best to cook tuna quickly and over high heat, either in the frying pan or on a barbeque grill. Cook tuna until it is a little pink in the middle because it tends to dry out if it is overcooked.

Then you can slice it and eat it between two slices of bread with appropriate toppings and condiments. 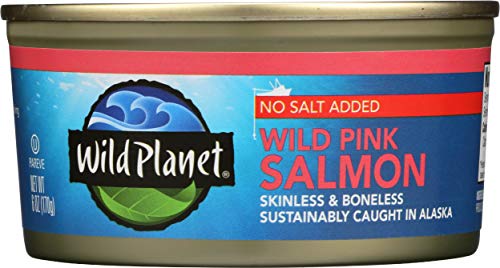 Just like tuna, canned salmon can be mixed with mayonnaise, celery, onion, garlic, lemon juice, and relish to make a salmon salad that can go into a sandwich with the appropriate toppings and condiments.

The difference between a salmon steak and a salmon filet is that the former is thicker and can be sold with the bone-in or boneless, while the latter is always boneless.

Make sure that your salmon steak or filet has the skin on one side. Either is best cooked on the grill over indirect heat. Once it has rested a bit, slice off the skin and serve as quickly as possible in sandwiches.

In a lot of supermarkets, roast chicken can be bought pre-cooked and kept warm under hot lights. However, you may prefer to roast your own chicken fresh, which is an easy thing to do. You remove the giblets from the chicken’s cavity.

Then you combine softened butter, olive oil, garlic, and Italian herbs in a mixing bowl. Rub the mixture all over the chicken, part of it under the skin. Stuff the cavity with onions and/or sliced lemons.

Roast in the oven breast side up at 400 degrees for an hour and ten minutes to an hour and 30 minutes, depending on the size of the chicken. Let the cooked chicken rest before carving.

The giblets and the bones can be used to make gravy if you want to create gravy to use as a condiment. Otherwise, put the sliced chicken between slices of bread and enjoy.

A boneless chicken breast cooked over a grill makes a slice of great meat for a sandwich. Rub-down the chicken breast on both sides with your favorite spice rub.

A great way to grill a chicken breast that doesn’t dry it out is to sear each side on direct heat and then move the chicken to indirect heat. The sear will keep in the juices while the indirect head thoroughly cooks the inside.

Let the chicken breast rest for at least ten to fifteen minutes before slicing it and putting it between two slices of bread.

Roast beef is a feature of the processed sandwich section of the supermarket. However, you can also make your own roast beef from scratch and then slice it for a sandwich with appropriate condiments and toppings.

A classic roast beef recipe starts with a rump roast, though other kinds of beef cuts will work just as well. In any case, you start the roast at about 375 degrees F until the outside has been browned, about half an hour, and then reduce the temperature to 225 degrees F.

A roast should cook for 30 minutes per pound of meat. Use a meat thermometer to check the roast’s internal temperature.  It should be 135-140 degrees F. for medium-rare.

Remove the roast from the oven and let it rest for half an hour before slicing. If you slice the meat thinly enough, you will be able to make Philly cheesesteak sandwiches (with great sauces) or pair it with other foods.

Roast Turkey, at least in the United States, is a staple of holiday meals such as Thanksgiving and Christmas. Many households that celebrate these occasions with turkey find that they have plenty of leftovers for sandwiches.

Roasting a turkey is similar to roasting a chicken, including removing the giblets, and stuffing the cavity of the bird with things like sliced lemon, onions, garlic, and fresh herbs.

You brush the outside of the turkey with melted unsalted butter and sprinkle with salt and pepper or, if you are more adventurous, dry Italian spices.

Cook in a 350-degree F. oven for 13 minutes per pound of turkey. Be sure that the turkey is thawed completely before roasting.

Cooked turkey lasts for about three to four days in the fridge, and longer in the freezer. Turkey sandwiches taste good with a slice of onion and either mayo or cream cheese on the inside of the bread.

Roast pork loin is a great source of unprocessed sandwich meat. Pan-sear the pork on all sides to keep the juices in before putting it in the oven.

Then you roast the pork loin in an oven set to 350 degrees F. for 25 minutes per pound. Alternatively, you can put it on a grill, searing all sides on direct heat before finishing it on indirect heat.

In all cases, use a meat thermometer to make sure that the internal temperature is at least 145 degrees F.

Let the roast pork loin rest for about 20 to 30 minutes before slicing it from one end to the other, with each slice going between two slices of bread along with toppings and condiments.

Pork loin contains iron, potassium, magnesium, and zinc, as well as vitamins A, B12, C, D, E and K. Cooked pork lasts up to four days in the refrigerator.

Shrimp goes very well in a Cajun-style po-boy. While many people believe that shrimp tastes best when bought with the shells and veins still intact, dealing with that sort of thing is very labor-intensive. Shelled and deveined shrimp are readily available at the frozen foods section.

Shrimp is usually boiled or fried. However, the invention of the air fryer has given the home cook a marvelous option that results in great-tasting food and is easy to use.

Brush or dip your shrimp in olive oil and add spices such as garlic powder, paprika, Italian seasonings, salt, and pepper. Cook your shrimp in the air fryer at 400 degrees F. for eight minutes.

Hamburgers are some of the most famous sandwiches of all. Generally, they are made with patties of ground beef, fried or grilled with a good seasoning, and served with various toppings, such as lettuce, onions, and tomatoes, and condiments such as mustard and ketchup.

However, other meats than beef can be ground into a patty, fried or grilled, and put between two buns. A direct alternative is bison, but some people use ground pork, sometimes mixed with ground beef, to add a bit of flavor to the burger.

Ground turkey is sometimes used as a heart-healthy alternative to beef or pork. Ground turkey tends to be drier than other meats and therefore harder to hold together. Beat an egg and mix it in with the ground turkey as a binder.

Salisbury steak is made with ground beef, ketchup, Worcestershire sauce, breadcrumbs, mustard powder, egg, salt, and pepper, Combine the ingredients, shape into oval patties, then fry in butter on medium-high heat (you can also buy it pre-mixed at the grocery store…though it’ll be processed).

Then place the meat between two slices of thick bread along with mushroom gravy and shredded cheese. Grill the sandwich just like a grilled cheese sandwich in a pan or press with lots of butter on medium low heat, toasting the bread on each side, before serving warm.