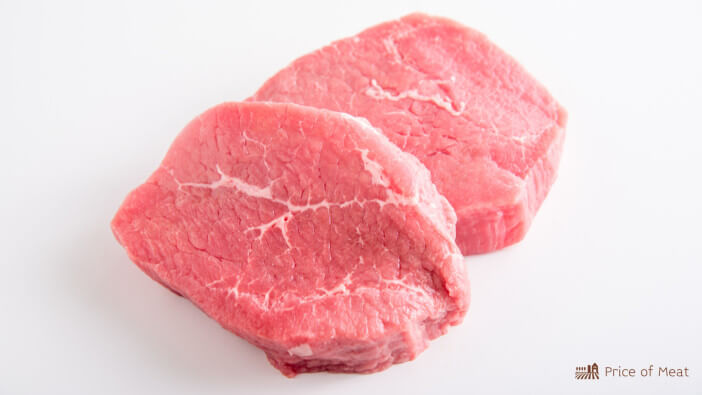 On any given day, you can take a purposeful stroll through the store and find yourself in the meat section. If there’s a robust offering of different beef, a gorgeous cut of eye of round beef may catch your eye

You’re drawn to that beautiful mound of meat and you may not even know why. Well, there may be a reason for that.

According to a 2019 report from the Food Industry Association, 52 percent of grocery shoppers decide what to buy when they’re in the store, and 86 percent are meat-eaters looking to add animal protein to their shopping carts.

And the visual appeal of a nicely packaged fresh eye of round beef? Well, people often want to buy what looks good.

Besides being a tasty cut of meat, eye of round also has some built-in aesthetic advantages that “trick” the eye. At first glance, it looks a lot like beef tenderloin.

In fact, it is sometimes called faux tenderloin, but it’s not as tender as actual tenderloin (or as expensive). All the same, with this round and smooth cut, you can just sense that it will be the basis of many tantalizing dishes – and taste as good as it looks.

At this point, you may be asking yourself ‘what can I do with eye of round?’. As it turns out, you can do a LOT with it (even though it is a bit tough).

Great Meals to Make With Eye of Round

While the closed-oven method is a handy technique for eye of round cuts (including a roast cut), there are actual recipes that you can try to fully uncover the exquisite taste that this tasty beef cut can give everyone at the dinner table.

Of course, you don’t have to wait until Sunday dinner to enjoy one of these meals. In fact, eye of round can be perfect for lunch, especially if you like fancy sandwiches!

Yes, you can make Beef Wellington with eye of round – well, sort of. The traditionally popular recipe is made with beef tenderloin, as opposed to eye of round.

However, this version, better known as Poor Man’s Beef Wellington, is still excellent.

The key to getting that tenderness into the round cut is preparation. Using an oil-vinegar marinade, you would want the beef to sit in it for at least two hours.

That way, the meat becomes tenderize and, depending on what you add to the marinade (garlic is a nice addition), it will infuse the meat with a lot of flavor during the downtime.

You can let it sit in a marinade for longer (like overnight), but try not to let it sit for a whole day. While the meat is being tenderized, letting it marinate too long can destroy the protein tissue and make it mushy.

Give it a quick sear on all sides (about 2 minutes). Take it out and let it rest. As you would with any Beef Wellington recipe, wrap it in puff pastry dough and proceed to bake the dish at 400℉ for up to 40 minutes.

While these are general guidelines for a basic Beef Wellington recipe, it gives you the idea of how to turn eye of round into a tenderloin-like cut of beef that you can certainly use for it.

You can use any cut of round to make Swiss steak and many cooks prefer to use a sliced eye of round cut when cooking it.

Despite what many might think, this classic dish isn’t named after a country. Swiss steak is actually named after a technique used to tenderize the meat called “swissing”.

Swissing involves tenderizing meat by pounding it or using fabric to break down the connective tissue to make it less tough.

As round is a tough primal cut, when you’re using eye of round to make Swiss Steak, you’re going to need to work with the meat to produce this delicious dish.

Swiss steak involves dredging the meat in seasoned flour before pounding it with a meat mallet to tenderize it. Then, you fry the meat in oil for about 10 minutes to give it a crisp crust and seal in the flavor.

Next, you add vegetables and liquid (water or stock) to the frying pan or skillet, letting it simmer for about an hour with a cover on the pan. Sometimes, people add tomatoes to the simmering liquid. Tomatoes are acidic and can help further tenderize the meat.

Round Steak and Gravy

What’s nice about Round Steak and Gravy is that tough meat cuts are the absolute key ingredient to this succulent dish that makes its own gravy and is perfect on a cold day with a side of mashed potatoes.

It follows suit that sliced cuts of eye of round are the basis of this baked dish. Cooks that want to make it easy on themselves, but don’t want to sacrifice flavor often grab a couple of cans of cream of mushroom soup and onion soup to throw into a baking dish.

You could also chop your own onions and mushrooms, add a cup of flour and some beef broth to create your own soup base.

Simmer or bake this combination for two to three hours to render the meat melt-in-your-mouth tender. The end result is juicy cuts of round meat swimming in a luscious beef gravy that you can drape over your favorite sides.

French dip sandwiches are great dishes for a fancy lunch or dinner and the star of the whole recipe is eye of round. Getting the best flavor and tenderness for French dip beef involves using an oil-based marinade and letting it sit overnight. So, you need to know at least a day ahead that you want to prepare for this.

Take the olive oil, add some salt, pepper and garlic, mix it all together. Create small slits throughout the eye of round, tucking some extra garlic into the cuts. Cover it with the olive oil mixture and let it sit for at least eight hours.

Using a closed-oven method, roast at 425℉ for 10 to 15 minutes. Lower the heat to 350℉ and let bake for another half hour. Let the meat rest while reserving the drippings.

Make your au jus with the reserved drippings by adding butter and flour to a skillet. Heat to a boil while whisking the broth. At that point, you can add a splash of sherry or just leave it as is.

Slice the eye of round, drape some au jus over the meat and turn it into sandwiches with great toppings and sauces. Feel free to dip the sandwiches in the au jus for a true French dip.

Is Eye of Round Tough or Tender?

Round cuts of steak come from the hind area of the cattle, around the leg. Part of how tenderness is imparted to different beef cuts depends on where it is on the cow.

The parts of the body that move around most (i.e. legs and neck) are where beef will be the toughest (similar to brisket).

Eye of round comes from the primal cut (one of the eight basic cuts of beef) of the round. However, the eye portion comes from the center of that initial cut.

So, it is traditionally a tougher cut of meat but is drawn from a more tender area of the primal cut. Although it is not the most tender cut of beef, eye of round is particularly lean.

So, with a little bit of preparation and the right recipe, eye of round can actually become a very tender piece of beef.

How Do I Cook Eye of Round Steak To Make It Tender?

While eye of round steak is not the most tender cut of meat, there are several ways to tenderize it.

Eye of round has the benefit of being a very lean cut of beef. That gives you options and affords it a nice ability to evolve into extremely tender meat.

Whenever you have a fresh beef cut, you get the advantage of being able to cook it to a lower temperature than other types of meat.

The general rule of thumb is for beef to have an internal temperature between 145℉ to 160℉, depending on the rareness you prefer. For eye of round, some dishes taste better when there is a bit of pink in the center of the cut. You can try using these techniques.

What Is The Best Way To Cook Eye of Round Roast?

Speaking of roasting, one of the most common questions for cooks is about the best way to cook an eye of round roast.

The first thing you want to do is to set aside one to three hours of cooking time and always make sure the roast comes to room temperature before doing anything.

You will use the closed-oven method for both approaches. Here are a couple of methods you can use.

The main idea of both methods is to get a nice brown layer on the outside of the roast to seal the flavor in, lowering the temperature to let the heat seep inward to keep the juices intact and the meat tender. 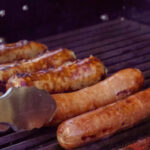 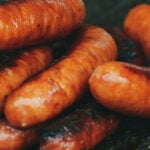 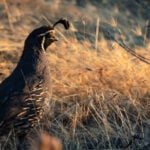