If you’re trying to add flavor to one of the healthiest fish on the market, you may be wondering does smoked salmon taste fishy.

After all, who wants their fresh ocean catch tasting like it hasn’t been caught? So let’s explore if smoked salmon is the remedy to your fishy flavor.

Some use different seasonings, marinades, or cooking methods such as smoking your salmon, attempting to mask the fishy taste. Smoked salmon still carries a very mild fish flavor.

The Process of Smoking Fish

Smoked fish may put you in the mind of grilled fish because of its similar appearance. There are a few distinct differences in not only the flavor, but the process.

The cooking process and time is quite the opposite of grilling. When you grill fish, it’s normally at a high temperature and for a short span of time. When it comes to smoked salmon, slow and steady yields the best tasting fish.

With smoking fish, you isolate it in a chamber filled with smoke. The salmon cooks slowly and for a lengthy period of time compared to frying, searing, baking, or even grilling.

The fish can take on the smokey flavor by cooking on a low temperature for a longer time period.

If you’ve had smoked meat before such as ham or turkey, you may be curious about the flavor of smoked salmon.

Because of the method of preparing and cooking smoked salmon, the texture and flavor will most likely be similarly dry.

Smoked salmon normally sits in salt for up to a few days, which draws out most of the moisture. It has a unique cooking process that produces its flavor.

The taste of smoked salmon is a combination of moderately salty, smokey, and mildly fishy.

Salmon is one of the seafood choices that doesn’t have a heavily fishy taste. However, the smoked version of the fish unusually does have a slightly fishy flavor.

As long as the product maintains its freshness before and after purchase, tasting like salmon won’t be an issue. Just be sure to cook the salmon within 48 hours of refrigerating.

Even though smoking your salmon is a different process, it doesn’t change the core flavor. The salmon will still maintain its quality richness in taste.

It does taste saltier than it would if you cook the salmon using another method. That’s something good to keep in mind when you’re choosing your seasoning or marinade.

The Chemical Makeup Behind Fishy Seafood

Before we get into how to alter the fishy taste of your smoked salmon, it helps to know the science behind what makes it fishy in the first place.

Surprisingly, salmon doesn’t just come out of the ocean smelling with a loudly fishy aroma.

What’s responsible for the odor is a chemical in fish’s cells called trimethylamine oxide, which is also known as TMAO.

A generous amount of this chemical is in the cells, but it’s also odorless. The fish is also chock full of amino acids that give the fish good flavor. Think sweet plus savory.

Solutes are also plentiful in the fish’s cells to prevent osmosis. These chemicals help the fish maintain their same condition as they swim through different ocean environments.

Once you change the salmon’s environment from ocean to land, that’s when the fishiness starts to happen.

The bacteria on the salmon causes a breakdown in the chemical TMAO, that then shifts it to TMA. Trimethylamine is what causes the salmon to be fishy.

How Do you Make Smoked Salmon Taste Less Fishy?

Keep in mind that smell and taste work together, so if you can reduce or eliminate the fishy smell then you won’t taste it either.

If you want to know how do you make smoked salmon taste less fishy, here are a few tried and true pointers:

Rinse the salmon in cold water.

Remember that as soon as someone catches the fish, bacteria begins to start the chemical process of causing odor.

Rinsing it helps to wash away the bacterial coating that started to build on the fish since the change in conditions.

Make sure the water’s not warm or hot because you don’t want to start the cooking process too soon. Pat the fish dry before seasoning or cooking.

Soak the salmon in milk for 20 minutes.

Don’t get grossed out about fish and milk just yet. The milk actually works to remove smelly bacteria from the salmon.

While the fish is soaking in casein, a milk protein, binds to the TMA and removes it.

Pre-salt your salmon before seasoning, marinading, or cooking. 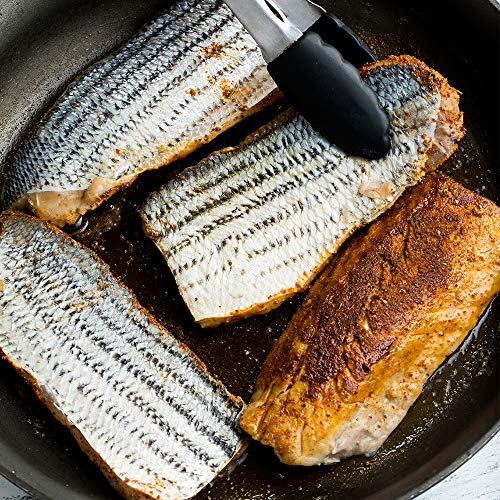 The salt helps to eliminate the fishy smell and taste while also getting rid of extra moisture.

Lightly sprinkle salt on both sides of the fish and let sit for 30 minutes as the fish absorbs the salt.

Make sure you don’t go too heavy on the salt since the smoked salmon naturally gives off a more salty flavor.

Use an acid based product to season or marinade the fish.

The acid on the salmon reacts to create an acid water that suppresses the fishiness that TMA causes.

No wonder you see so many acid based condiments in seafood restaurants. Use an acidic fruit or sauce such as lemon juice, vinegar, or tartar sauce.

Some people get fancy and also use limes or oranges.

Try frozen fish instead of fresh. 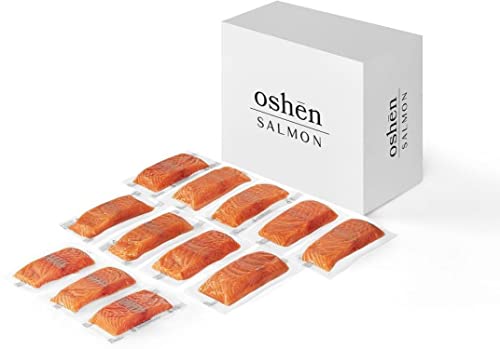 This may seem opposite of typical thought or advice, but not when it comes to the chemical explanation above.

Even when the fisherman catches the salmon fresh, it still has to go through the motions before making it to the market and your table.

Frozen salmon has preserved more of the freshness and less of the odor causing bacteria. That means a more flavorful and less fishy tasting salmon for you when you buy frozen.

Salmon is a really versatile fish that tastes delicious with many different seasons, marinades, and sauces.

That makes it fun to try different recipes that can make the same fish taste totally different. If you want to know how to make salmon taste delicious, try using some of these tips in your next recipe.

Use a sweet mix.

A sugar or alternative sweetener based glaze works very well to give salmon a good flavor. Don’t just leave it at chewing on a sweet salmon, though. 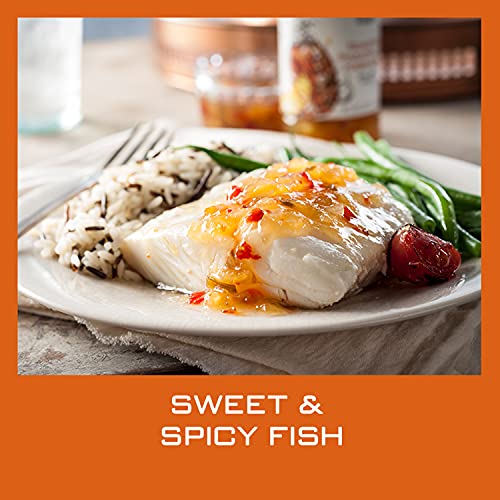 Pair it with spicy, sour, or tangy to intrigue even more of your taste buds. Think sweet and sour or sweet and spicy. For your sweetener, you can use a base such as honey, maple syrup, agave, or brown sugar.

To add your spicy or sour flavor, look at ground or cayenne pepper, hot peppers, lemon, or a tangy or spicy barbecue sauce.

When making a marinade, it’s best to let it set in overnight to really absorb the flavors.

In other parts of the world, you’ll find that they use different herbs or techniques to make flavorful salmon. Bring some of those ideas to your kitchen.

Create an Asian inspired dish using soy sauce or teriyaki sauce. Fuse in some cajun with your Asian and make a bourbon glaze out of brown sugar, soy sauce, ginger, and bourbon whiskey.

You can also use honey or agave instead of brown sugar. There are many other Cajun and creole seasonings you can use to liven up your salmon dish.

Lemon is a natural way to mask the fishy flavor. That’s all the more reason to use it for a scrumptious salmon meal.

Use a lemon pepper seasoning or go fresh. Garlic, butter, ginger, and basil all pair well with lemon.

You can make a lemon garlic butter sauce or a dry rub.

Use breadcrumbs or flour for a crispy salmon.

You don’t have to make fish sticks out of your salmon. That is unless you want to. Making salmon sticks is a healthier alternative for kids that’s the fish sticks you find in the frozen foods section.

Plus, they’re super easy to make. If that’s not what you had in mind, you can make a delicious adult friendly meal using salmon and Panko bread crumbs.

Trust, add your seasoning, and then dip the fish in egg or ground chia seed and water before sprinkling with bread crumbs. Lightly coat your salmon with bread crumbs to make a nice, healthy crisp.

Pan sear the fish in a heated skillet coated with oil or bake it in the oven.

Try your favorite seasoning or sauce on your salmon.

Some of those go to seasonings that work well for all types of entrees will also work to make a tasty salmon. Save yourself a trip to the grocery store and see what’s already in your pantry.

Combine any seasonings, spices, or marinades of the above.

Cooking is not always cut and dry or right and wrong. You have plenty of room to experiment and correct, even while cooking salmon.

Try using a combination of the flavoring tips above to make salmon taste delicious. For example, mix honey, lime, and ginger as a marinade.

Or try mixing an Italian recipe with a Caribbean one, just like a mix in cultural traditions created the Bourbon marinade.