A broad selection of lunch meats will be laid out whenever you go to a deli. There for your perusal and eventual choosing, all different types of meat can make picking one out a hard decision to make. You’ll see beef, chicken, sausages, and you will definitely see ham.

Ham has been a staple of American diets since the Colonial era. As pigs were an accessible animal to breed and farm, ham became increasingly popular as cooks figured out how to prepare the cut and turn it into delicious meals.

Ham is still one of the most consumed meats and is a favorite main meat dish for holiday tables.

There are so many ways to cook ham that it renders a whole bevy of different deli meats. If you’re leaning toward the ham direction, you’re not alone.

However, instead of selecting what you always do, how about being a bit adventurous and trying something new? Why not take a leap and try some spicy deli ham? If this scrumptious deli meat isn’t new to you, but it’s been a while, it’s time to revisit it.

How The Deli Came To Be

Back in the 18th century, European Jewish communities popularized delicatessens as they began receiving imported foods from other regions around the world.

The word itself roughly translates to “delightful place to be” and that proved to be true as thousands of these specialty markets sprung up around Europe and made their way to America.

At first, delis were more boutique in nature, specialty markets that different communities could visit to get very specific items that were otherwise hard to find.

While you can still find neighborhood delis, many grocery stores feature deli sections with a full staff ready to provide the same services as an old-school corner deli.

The nice thing about the expansion of delis is that it lays a foundation for the diversity of meats. What you can’t find at one deli counter, you should be able to find at another one.

The even better news is this: If you’re looking for spiced ham, you’ll probably hit the jackpot at the first deli you visit.

What Is Spiced Ham Deli Meat? 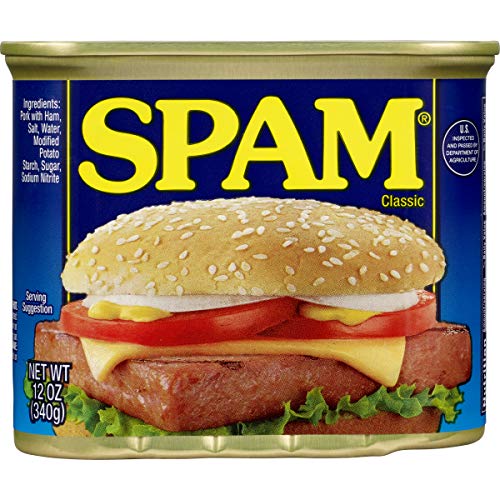 If you have ever heard of or tried SPAM, then you already have some idea of what spiced ham is or tastes like. SPAM is a combination (or portmanteau) of spice and ham.

The name itself was born out of a contest that the Hormel company held for a new line of spiced ham.

While that was over 80 years ago, the product has stuck around and still continues to ride shotgun in many grocery carts.

Yet, that’s the type of spiced ham that you’ll find on the store shelves, not at the deli counter. Spiced ham is exactly what it sounds like.

It’s ham that has been cooked with various spices that ultimately provides diners with flavorful cuts of meat. Spiced ham tends to have a blend of sweet, salty, and savory spices, sometimes rounded out with a kick of spice.

The reason that products like SPAM are so popular is that people really enjoy the taste of spiced ham. Beyond the iconic blue can that has been around for decades, spiced ham is a delicious deli meat that can be found in fresh cuts, ready to slice to your preferred thinness. You can get it prepackaged, too. However, that takes the fun out of the unique deli experience.

What’s The Difference Between Spiced Ham and Spiced Pork?

Many people realize that ham comes from a pig, but pork does, too. So, what makes spiced ham different than spiced pork?

First, put the spice aside for a moment and examine the difference between ham and pork. Pork is any cut that comes from the entirety of the pig.

Pig is pork and pork is pig. Ham is a particular cut from the pig, generally drawn from the hind leg of the animal.  While there will be multiple pork cuts from all parts of a pig, the ham will only come from a specific area.

A whole ham would be the complete hind leg. When the deli prepares ham shavings and slices, customers can usually choose from bone-in ham cuts or boneless. Most spiced deli ham comes from boneless spiced ham cuts.

Both ham and pork can be spiced if it’s cooked with hot seasoning and peppers.

What Is Spiced Ham Made From? 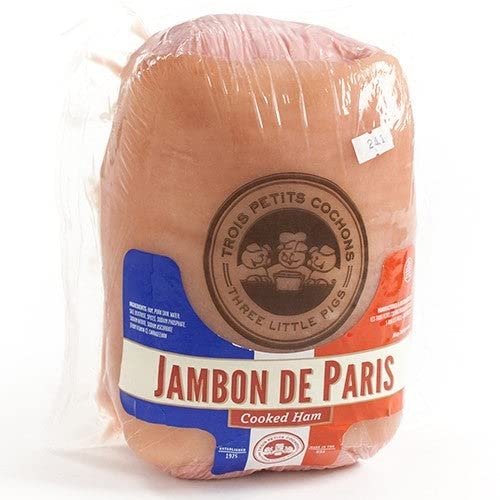 Spice has to be infused into the ham and that happens during the cooking process. Different ingredients can be used to give the ham a spicier flavor.

It really depends on the level of heat and the type of flavor that you want. For instance, spiced ham could be made with a variety of peppers (like different chilies), garlic, and onion.

Spiced ham could also be cured or marinated in vinegar to lend it a briny type of taste to enhance spicy flavors (though high in sodium).

There really isn’t a set formula for creating spiced ham. Different companies, butchers, and people (and countries) may have dedicated recipes that result in spectacularly spiced ham cuts that can be sliced and served in a delicatessen-type of way.

You could probably develop or replicate a spiced ham recipe of your own that results in dynamically delicious deli ham slices.

What To Make With Spicy Deli Ham

When meat is spiced, it’s bound to serve a specific culinary purpose. It’s either going to counter another flavor set (such as sweet) or it’s going to be the sole focus of a given dish.

When you’re dealing with spiced deli ham, you’re working with short cuts of a whole spiced ham. Therefore, it’s probably going to be more of a component of a dish as opposed to a starring ingredient.

However, as with any deli meat, there are some exceptions. The most logical way to go with deli cuts is to make sandwiches (though there are plenty of other lunch meat meals).

Here are some examples of the types of sandwiches you can make with spiced deli ham cuts.

As it is an extremely versatile meat, the potential for spiced ham recipes is endless. You might want to experiment a bit with taste and flavor profiles to decide what may work best for you.

That’s a matter of debate and opinion. Anyone could technically create a spiced ham to turn into deli meat, but there are some types that could easily be found at the deli counter, too. Those include: