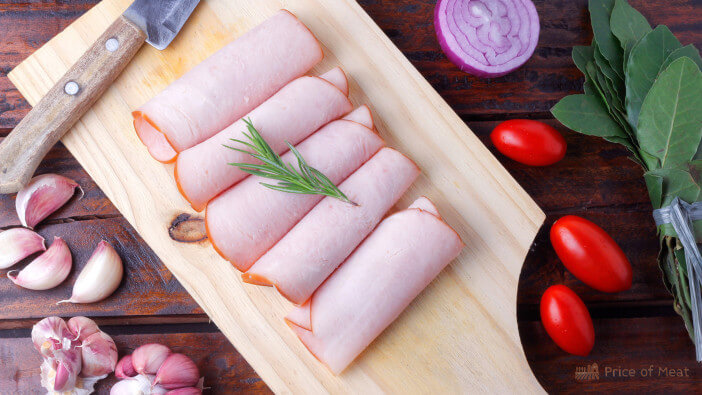 Lunch meat goes well between two slices of bread with toppings and condiments. However, many great lunch meat meals (or dinner) can be enhanced by adding lunch meat.

A dinner salad is often considered a healthy alternative to entrees. Along with the lettuce, tomatoes, onions, and other toppings, chop up some lunch meat and put it on top of the salad.

Chicken or turkey (for low sodium or low processing) goes best, though some people will do just as well with ham, roast beef, or even some forms of seafood that usually go between two slices of bread.

Pizza is one of the most versatile dishes that has ever been created. The versatility comes from the toppings, which range from pepperoni and ground beef to some of the more exotic foods, such as anchovies or even pineapple.

Ham is one of the best lunch meats to repurpose for a pizza topping. It is best to slice it into smaller pieces and arrange it around the pizza. Canadian bacon also works well.

For those who want their pizza to be an adventure as well as a meal, by all means, try chicken or pork. Buffalo chicken has an extra bite.

A quiche usually starts with a store-bought pie crust, though if you’re an ambitious chef you can make one of your own with homemade dough.

In any case, most quiches start with milk, eggs, and shredded cheese. You can add just about any kind of lunch meat, along with chopped green onions or spinach, that you can imagine. However, most people prefer ham or bacon bits in their quiche.

A typical quiche starts with the premade pie crust. Add six eggs, three-quarters of a cup of milk, and one and a half cups of shredded cheese along with the protein and chopped green onions or spinach.

Half the cheese goes into the mixture and the other half goes on top. Bake the quiche at 375 degrees F. for 35-40 minutes and then rest for ten minutes before slicing and serving.

Diced ham is the most common type of lunch meat that goes into an omelet, along with cheese and leftover cooked veggies.

Making an omelet is something of an art, but with practice, it becomes easy over time. Beat two or three eggs as if you were making scrambled eggs. Then melt the butter in a nonstick pan and add the eggs.

After cooking the eggs for a little bit, tilt the pan to let the runny part of the eggs flow toward the edge of the pan while lifting the cooked edge with a spatula.

Then, after adding the filling, fold the omelet and slide it off the pan, onto a plate.

Scrambled eggs are far easier to make than an omelet but can also benefit from the addition of lunch meat.

When you whisk the eggs, add chopped ham or any other kind of meat before pouring it into the pan.

The meat, along perhaps with some chopped vegetables, will enhance the scrambled eggs and make them into a meal in their own right.

Lasagna is a casserole made with layers of flat pasta, meat sauce, shredded mozzarella cheese, Parmesan cheese, and ricotta cheese. Some imaginative chefs have tried the same concept with different ingredients.

For example, a turkey lasagna uses lean, ground turkey mixed in a tomato-basil sauce in lieu of the meat sauce. It is considered far healthier than the standard lasagna.

A ham lasagna uses a cream sauce with chopped ham and mushrooms. Some recipes use a little cream cheese to add thickness. It’s a great way to use some leftover roast ham.

Chicken lasagna uses a cream sauce and some spinach to add flavor with some nutrients and vitamins. The chicken is shredded before being added to the sauce.

By pasta, many people mean spaghetti with a tomato or meat sauce on top. However, any form of pasta can also be mixed with slices of lunch meat along with olive oil or some kind of sauce.

Chicken Alfredo, for example, features chunks of chicken mixed with the pasta in a creamy Alfredo sauce.

Ham can be chopped into cubes, along with onion, garlic, peas, and mushrooms, and mixed in with a bowl of pasta, perhaps with the olive oil, to make a tasty, light meal.

Lunch meat goes well inside of a homemade roll. Unroll one of those crescent rolls you can get at the supermarket.

Place the meat in the middle along with some shredded cheese and, perhaps, some chopped vegetables. Then roll the lot up and bake according to the instructions on the package.

Eat while the roll is still piping hot.

Like pizza, a baked potato tastes great with just about anything that one can put in it. Cook the potatoes for an hour in the oven at 400 degrees.

Then slice the potatoes lengthwise and break apart the flesh of the potato.  Add butter, vegetables, and lunch meat such as cubed ham or anything else on top.

Then bake the open-faced potatoes for another 15 to 20 minutes before serving.

Waffles, drenched with melted butter and syrup, have been a standard breakfast item for as long as anyone can remember.

But waffles can also be a lunch or even dinner staple when topped with diced lunch meat, chopped vegetables, and sprinkled with grated cheese.

Lunch waffles can become the perfect combination of sweet and savory. Think chicken and waffles…but with lunch meat.

To make these, unroll a puff pastry and cover with some condiments such as mustard. Then add lunch meat, cheese, and perhaps some diced vegetables.

Roll the pastry into a tube and cut it into half-inch slices. Place the slices on a greased baking sheet and bake at 400 degrees F. for about 13 minutes.

The beauty of this dish is that you don’t have to cook the kabobs on the grill. Get wooden skewers and slide slices of lunch meat such as ham and alternate with vegetables such as cherry tomatoes, onions, and bell peppers. Serve with some barbecue sauce for dipping.

Mac and Cheese with Lunch Meat

Macaroni and cheese is one of the greatest comfort foods ever created. Prepare the dish according to the recipe on the box and then add diced lunch meat and vegetables before baking.

The mac and cheese is thus transformed from a side dish to the main meal.

Pita bread is one of the most versatile items that you can usually find in the bread or Asian food aisle. Stuff the pita with everything that you would usually put between two slices of bread and then enjoy it. 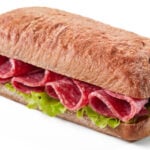 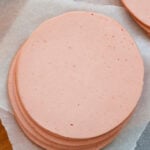 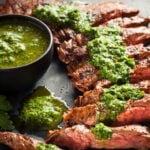