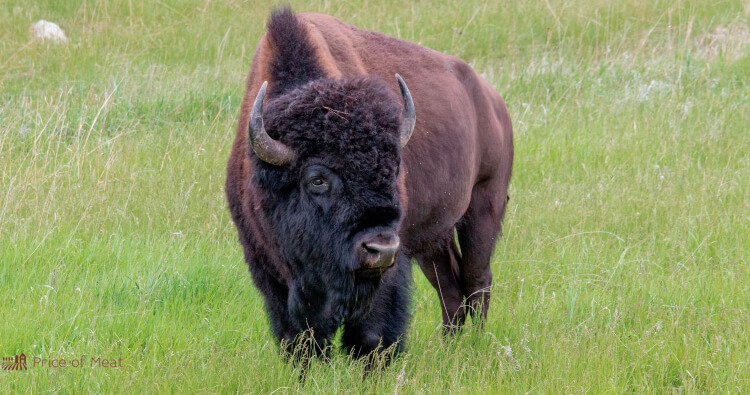 Emblematic of westward expansion and the promising beginnings of American frontiersmen, bison has long been a staple of diets in North America.

Though sometimes referred to as a buffalo meat, the North American bison from which we get meat today has only a subtle genetic connection to the true buffalo.

After near extinction due to overhunting in the 19th century, bison is making a comeback today thanks to the efforts of health-conscious and forward-thinking farmers and ranchers. Now, even national chain restaurants sometimes offer bison on their menus, such as Ruby Tuesday’s bison burgers.

If you’re curious to experience the refined and full-flavored taste of bison in your own home, you’ve come to the right place.

In today’s guide, we’ll be discussing the ins and outs of cooking with bison meat, from notes on its nutrition and flavor, to one of our favorite simple and delicious bison meat recipes, as well as where you can buy bison meat online or in person.

As a member of the bovine family, bison consistently draws comparisons to beef for its taste, texture, and the methods commonly used to prepare and cook it.

But does bison really have any advantages over the classic (and widely available) beef found in most grocery stores? We’re inclined to think so.

The Washington Post had this to say about the taste of bison cuts in comparison to beef steak, after a side-by-side taste test with professional chefs in Washington, D.C.:

As if that weren’t enough, bison meat is also widely regarded as a healthy and delicious alternative to beef, with Healthline pointing out that it is an excellent source of nutrients like protein, B vitamins, iron, selenium, omega 3 fatty acids and zinc, all while being relatively low in calories compared to beef.

It’s easily substituted for beef, and can be recommended as part of a heart-healthy diet – especially in “non-heart healthy” foods like sausage, ground beef patty, etc.

Additionally, bison meat might be a more environmentally-friendly alternative to raising beef. Modern Farmer’s Dan Nosowitz has a fantastic feature on the topic, where he discusses the finer implications of cattle versus bison farming and its potential effects on a variety of environmental markers.

A bison herd not only creates non-carbon intensive grass fed bison, but it’s also a native animal species to the Great Plains and a key part of the ecosystem.

At a time not long back in American history, bison was the red meat of choice for most of the population, with beef as a close second. Now, of course, that’s changed quite a bit — with beef being the most popular meat to eat in America, along with chicken and pork right behind it.

So when you’re considering cooking with bison meat, it’s helpful to ask: How does it compare to the other cattle meat, beef?

First, let’s take a look at the raw nutrition facts for bison meat. Healthline gives the following information for a 4 oz serving of bison:

That’s in addition to a robust vitamin and mineral profile, including but not limited to:

And all of that means that bison meat is loaded with potential health benefits. It’s an excellent source of protein that’s low in saturated fat, making it a heart-healthy meal option when eaten in moderation.

And the combination of significant amounts of B Vitamins, Iron, Selenium, and Zinc helps create health on a deep cellular level. Add that to the fact that it’s relatively low in calories, and bison is shaping up to be a protein superfood.

And how does this compare to beef? The two meats have a similar taste, but bison is significantly leaner. This makes it healthier and lower calorie, but also slightly harder to cook with.

Grass fed beef falls somewhere in between the two, and is a good stepping stone to learning how to cook and eat bison meat.

So if it’s the healthier option, why don’t more people cook with bison meat rather than beef? That comes down to two things: Its price, and the ease of overcooking it.

The combination of being both more expensive and harder to cook turns a lot of people away from including it in their regular diet.

Because bison meat is most often raised free-range on farms, there are no unique risks associated with eating it. In fact, compared to factory farmed meat, it is less likely to have spoilage bacteria by the time you buy it.

The main risk you’ll have to take into account when cooking and eating bison meat is the same as any other meat: Ensuring proper storage methods and cooking temperatures. Healthline has a helpful list of guidelines that you should follow for any type of meat you buy:

Follow those guidelines, and your bison meat will be fresh, clean, and safe to eat!

How to Cook Bison Meat

One of the very few downsides of bison meat is the ease with which it can be overcooked. Because it has a much lower fat content than beef, bison is best when prepared similarly to venison or elk meat — either in wet preparations like stews, roasts, or chili, or cautiously prepared on a hot grill.

Our favorite recipe for a simple weeknight meal that showcases bison’s flavor is bison chili. Open to many variations on a central theme, this versatile and adaptable recipe can be tweaked to your heart’s content and served alongside rolls, cornbread, or steamed rice.

Modeled after a traditional Midwestern beef chili, this bison chili was one of my Mom’s go-to recipes when my parents decided it was time to start eating healthier and watching their cholesterol intake.

It can be prepared in a slow cooker, but we prefer the greater caramelization and evaporation you can get by cooking it in a large pot or dutch oven.

Types of Meals to Make With Bison Meat

One of the biggest reasons I encourage people to try cooking with bison meat is how easy it is to substitute in your favorite recipes. If you have a meal that you like cooking with beef, you can do it with bison instead!

With that in mind, let’s talk about a few of my favorite “no recipe” recipes where bison makes a perfect substitute for beef.

A bison taco or bison burger are both fair game for making a switch to (the burger seasonings work just as well!).

But if you’re hesitant to mess with your favorite recipes, fear not: I have a good case to make for why you should. Just watch Jack Scalfani try bison meat for the first time in his life, in both burgers and tacos, and you’ll be convinced that it’s worth doing.

And once you get a taste for bison, you may even want to go all the way — and make bison steaks on the grill! Salty Tales did a side by side taste test of a bison ribeye and a beef ribeye, and that’s what got me to try it in the first place:

And what could be better than a classic meal of spaghetti and meatballs? Since most meatball recipes already call for mozzarella, bread crumbs, and spices, the lower fat bison meat is a perfect substitute for beef.

Sear them in a pan first, then let them simmer in the red sauce to give it a strong, savory flavor.

Where to Buy Bison Meat For Sale

If you’re looking to buy bison meat online, you are truly spoiled for options — as the internet has given farmers and ranchers of all sizes an opportunity to advertise their bison products.

Here are a few of our favorite options, along with what makes them special:

Lastly, we would encourage you to seek out bison meat available in your local area. Inquire at your nearest butcher counter, and you’ll likely be supporting local farmers, ranchers, and grocery workers with each purchase you make — as well as minimizing the environmental impact of your food choices.

The National Bison Association has helpful tools for anyone looking to eat local and try the freshest bison meat available.

Here are a few FAQs about bison meat.

Is bison meat healthier than beef?

Bison meat is lower in calories and fat than beef, and it also has more protein and iron. Bison is a healthier choice than beef.

What is one health benefit from eating bison?

Bison meat is lower in fat and cholesterol than other types of red meat, making it a healthier option. It is also higher in protein and iron than chicken or fish.

Is bison better than beef for cholesterol?

Yes. Bison is the fourth lowest in total fat, cholesterol, and saturated fat when compared to beef, chicken or pork. This can be advantageous for people who want to cut down on these types of fats.

Bison meat tastes a lot like beef, but it is slightly sweeter and has a richer flavor. Some people say it tastes gamey, but others enjoy the taste. It’s also similar to yak.

Does bison taste better than beef?

Bison meat does have a slightly sweeter and richer flavor than beef, but not all people can tell the difference. Some say that bison tastes gamier or more earthy than beef.

What is the best way to cook bison?

The best way to cook bison is by roasting, braising or grilling it. It can be an almost direct substitute for beef. Ground bison works well in stews, tacos, etc. It also shares the same good sides as beef.

Why is bison meat more expensive than beef?

Bison is generally more expensive since the bison supply chain is not as efficient and well-developed as beef. That said, the cost difference also depends on cut, quality, and weekly demand at your local meat source.

How do you buy bison meat?

Buying bison is not much different than any other protein purchase. When purchasing, check the ‘sell by’ date. Bison is available at popular online retailers like Crowd Cow along with most local grocery stores.

Yes, Whole Foods sells bison meat. Bison meat is typically located in the meat section of the store. You can also purchase bison meat from online retailers, such as Crowd Cow.

Does Walmart have bison meat?

Yes, Walmart does carry a variety of bison meat products. You can find everything from ground bison meat to steaks and roasts.

Does Costco have bison meat?

Yes, Costco does carry bison meat. In fact, they have a variety of different cuts, including ground bison, steaks, and roasts. You can also find recipes for bison meat on the Costco website.

Bison tastes like a slightly sweeter and richer beef. It is also a little gamier in taste than beef, but some people say this makes it more flavorful.

Bison meat is red and has a similar taste to beef, but it is also lighter in flavor. Bison beef is often lower in fat and calories than beef, and it also contains more protein. 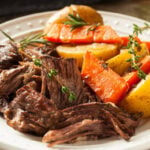 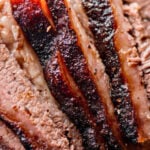