You are here: Home / Meats / Poultry / Why Are Cornish Hens So Expensive? 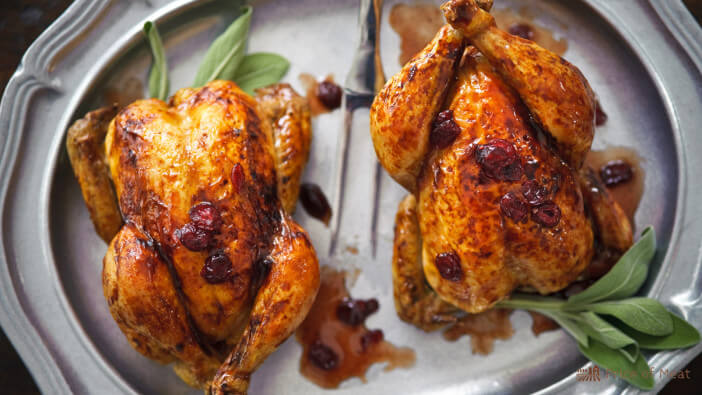 Most people have seen them in the poultry case at the grocery store, and have probably noticed that Cornish hens are quite small. They may also have noticed that they are more expensive than birds twice their size.

Also referred to as Rock Cornish game hens, Cornish hens range in weight from 501.6g to 647.5g depending on their age and sex. Given that they are so small, some people may ask, “Why are Cornish hens so expensive?”

The primary reason cornish hens are so expensive is because of their superior nutritional content. Suppliers can charge more since you get more for your dollar than a regular broiler chicken.

A study conducted by Donaldson, Combs, and Romoser (1956) points out that the meat of a Cornish hen is higher in fiber and contains more protein than regular-sized broilers.

The females yield more light meat and the males produce more dark meat than a regular broiler, and they are richer in a variety of vitamins and minerals than a full-grown broiler and are lower in fat.

Are there other reasons why Cornish hens are so expensive?

One consideration for the high prices for Cornish game hens is that the extra small size of the Cornish hen requires special equipment to process an industry product.

These birds are notorious for eating all the time, so the feed cost is also absorbed by the customer. Unlike geese, ducks, and other types of poultry, Cornish hens are not force-fed. However, they do require certain special handling due to their size.

Because of this, they are raised on fewer farms than adult chickens, so the supply is short, which is another contributor to driving up prices.

From early on, Cornish hens have been marketed as luxury or specialty food items. These marketing techniques initiated higher prices and they have remained steadily in place.

What is the history of Cornish game hens

According to the Columbia University Encyclopedia, 6th ed the breed originated in Cornwall, England. According to Modern Farmer, the original breeder of these hens was a woman named Tea Makowsky who moved to Connecticut to escape the Nazis.

After losing her house to a fire, she came up with the idea to raise chickens that matured quickly, were efficient, and had breast meat that was superior to that of larger chickens. The breed was initially called Cornish or Indian.

In the United States.  It was known as Indian Game until 1905 when the National Poultry Association passed a motion to call the breed Cornish Indian Game hens.

Due to the confusion that the name caused by implying the breed came from India, as well as the unpopular use of the word game in the name, the hen was eventually renamed to simply the Cornish in 1910.

Ms. Makowsky’s efforts to cross-breed the perfect meat chicken for her purposes resulted in a combination of a broiler chicken called the Cornish chicken, the Malayan fighting cock, and the White Plymouth Rock hen, today, called a Rock Cornish game hen.

This was the key combination that resulted in the chicken breast meat that she could produce very quickly. She accomplished her goal when she developed a breed that by around five weeks of age, the hens became fully mature and could be slaughtered.

The small size of each bird was marketed as having an exotic flair, which led to their widespread popularity as a gourmet dinner item in the 1950s. Prior to that, the concept of serving an entire bird as an individual serving was virtually unheard of.

Cornish hens, (not to be mistaken for the larger Cornish chicken breed), were nondescript and little-known until discovered and distributed in the United States, where they gained initial prominence that appealed to the gourmet palate.

Even though technically a regular chicken, its body shape was noted as substantially different from that of other chicken breeds. Through continued cross-breeding efforts, the birds of both sexes today feature short legs and broad, muscular breasts.

Their meat is almost entirely white with small areas of dark meat in the upper leg areas. The breed is studied in many university breeding programs and is sold as whole birds that are most commonly broiled or fried.

How to select a Cornish hen

While some stores sell Cornish game hens frozen, the ideal, and most delicious selection, is the fresh hen. After the purchase of a fresh hen, it should be cooked or frozen within 24 hours.

If the plan is to cook it, it should be removed from the refrigerator early on in the process to allow it the opportunity to come down to room temperature, which is ideal for cooking.

The freshly slaughtered bird should be slightly pink in color and have no bruising or other discoloration or cuts on the carcass. No feather residue should be present. The flesh should be firm and appear moist. The bird should be fully trimmed at the time of purchase.

One should consult the packaging for any pooled liquids at the bottom, and avoid Cornish hens that have more than a few drops of liquid.

Read the label on the packaging to assure that the product was organically raised and that no antibiotics were administered prior to slaughter. The administration of a plant-based diet should be mentioned on the label for the highest quality bird.

Avoid a Cornish game hen that has the word enhanced on the label, as this means the bird has been injected with animal broth, saltwater or chemicals that could cause it to lose flavor, and that impart a false appearance of freshness by plumping the bird’s skin.

What is special about Cornish hens?

Cornish hens are regarded as special, not only for their high nutrient concentration but also for the tenderness of their meat and the delicacy of its flavor. Because of their small size and low-fat content, Cornish hens are lower in calories than larger birds, which adds to their popularity.

The hens also have the novelty of being small enough to be served as an entire bird for one person. Therefore, they provide ample potential for elegant platings at dinner parties and other special occasions.

They can be used in a number of different ways, and tend to result in few or no leftovers. They are available fresh or frozen. Because of their small size, they are sold as whole birds because they are too intricate to debone, either by factory machines or by hand.

Technically not, Cornish hens are not better than chickens because they are themselves chickens.  As previously noted, they result from crossbreeding different types of chickens, which mature faster than other chickens.

Despite the game hen moniker, they are not classified as game birds that are hunted. That name was a clever marketing ploy. They are a domestic breed that is raised for meat. They do not have the heavier taste of a game bird like quail or pigeon or pheasant.

Both males and females are referred to as hens and are slaughtered when they are no older than 10 weeks old, and before they have had the opportunity to mature. Left alive, they would eventually grow into the same size as regular broilers.

Cornish hens are noted for having more tender meat than a mature broiler, as well as the aforementioned superior nutrient content, so are generally considered better than adult broilers, especially if they are pasture-raised.

Are Cornish game hens worth it?

According to an article in the New York Times, Cornish hens are, indeed, worth the splurge. They are a popular poultry option because the birds make a nice presentation.

Generally speaking, one bird serves one person, so, in terms of elegance, they are much more so than adult chickens.  Because of their size, it takes far less time to prepare a Cornish game hen, which tends to be less than an hour.

The majority of Cornish hens are sold without having had hormone injections. Because of their miniature size and rapid growth, those who raise them tend not to inject them with trans fats or any artificial ingredients.

Cornish hens afford shoppers the option of selecting more than one size. European shoppers often purchase what they refer to as a poussin, meaning, “spring chicken.”

These are Cornish hens that are no older than four weeks old and that weigh no more than 24 ounces and are called True Cornish game hens. The meat of this variety is quite tender.

On average, True Cornish game hens tend to weigh around two pounds and are uniform in size at around two pounds. Before slaughter, they have white feathers, as opposed to other varieties of Cornish hens, which have black and blue feathers.

True Cornish hens are the variety most commonly found in commercial grocery stores, as the aforementioned variety tends to be found in specialty butcher shops. However, there is no evidence that one tastes better than the other.

What’s the price of a Cornish hen?

Cornish hens are inexpensive to buy as chicks for the homesteader who would like to raise and process his or her own poultry.

However, because they are specialty birds, they tend to be more expensive in grocery stores. On average, their price ranges from $2.50 to 5.00 per pound. Of course, this price can fluctuate based on where they are purchased, how much they weigh, and whether or not the butcher or store is offering a discount promotion.

Prices also fluctuate from region to region and are more likely to be lower when sold nearer the manufacturer. Therefore, it is more prudent to purchase Cornish game hens that are locally grown and processed.

This not only helps take a burden off the consumer’s pocketbook.  It is also better for the environment. 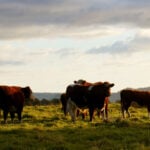 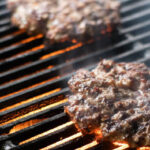 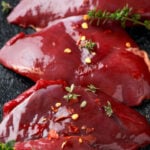