You are here: Home / Meats / Poultry / How To Get Seasoning To Stick To Chicken

“It tastes like chicken.” is a popular phrase to describe eating odd cuts of meat. Popular movies such as Groundhog’s Day, The Lion King and 2001: A Space Odyssey have scenes where the characters describe an unusual food as tasting like chicken.

The phenomenon is discussed in detail in The Matrix. We’re pretty sure the ubiquitousness of “chicken flavor” isn’t due to machines putting mankind through an artificial simulation, so what’s the real reason?

You’ll find that it’s mostly birds and reptiles that have a chicken flavor. (Oddly, emu meat has more of a beefy flavor.) You might not find alligator nuggets or rattlesnake fillet common on the menu north of the Mason-Dixon, but an adventurous foodie might like to try them, given the opportunity.

(Alligator tastes like very succulent chicken and rattlesnake tastes like spicy chicken.) There is some evolutionary link that could explain this. There are also species of fish that have a flavor comparable to chicken, owing mainly to having a similar texture.

Chicken has a mild flavor, with the exact texture depending on how old the bird was at time of slaughter. The muscle fibers in chicken are better adapted to short bursts of power. This leads to the meat being light and tender.

This makes for a versatile meat that can be cooked in a number of ways and used with any of a number of herbs, vegetables, pastas and more. You can use just about any seasoning you like, but that smooth, firm texture of poultry makes it hard to get the seasoning to stay on. Well, it’s not impossible!

Why is my seasoning not sticking to my chicken?

The first thing you have to do is make sure your chicken is good and dry before you put on chicken seasoning.

Not only will seasoning slide off moist chicken but once it starts cooking, the moisture evaporates. And there goes the seasoning! To dry your chicken, pat it down thoroughly with paper towels.

Of course, getting something to stick to dry chicken is also difficult. You do need something sticky. Melted butter is a flavorful and classical favorite.

Olive oil might be a better choice if you are reducing fats in your diet. To further reduce fat but add a unique zesty flavor, try mustard. Mayonnaise, Worcester sauce and just about any oil (canola, peanut, sunflower, etc.) will do.

Most barbecue sauces are high in sugar and burn easily so save them for later. Remember that your binding agent should not overpower your seasoning. Spread it thinly.

Some people just sprinkle the seasoning, especially if its something like onion powder or garlic powder. If you really want that seasoning in there, you may have to get physical.

Using your (clean!) fingers, just rub that seasoning right into the flesh. Remember to wash and sanitize your hands immediately afterwards to prevent cross contamination.

How do you get seasoning to stick to meat?

A lot of this depends on how you plan to cook your chicken. For roasting, you may want to try an herb infused butter. Mix soft better with garlic, thyme, rosemary, sage and tarragon for a woodsy, smokey flavor.

Pull the skin back a bit and press in the seasoned butter. Smooth the skin back and rub it in good. For fried chicken, extra virgin olive oil gets seasoning to stick to dry chicken. The secret here is to let the oil do the cooking (especially with bone-in chicken pieces like drumsticks).

Touch it as little as possible and don’t let the pieces touch. If you like a thick breading on your fried chicken, dredge it in egg and milk first.

If you are barbecuing your chicken, you may want to let the seasoning sit on your (refrigerated!) chicken for at least half an hour. If it stands more than twenty-four hours, it may become too salty.

If you are using a dry rub, a light drizzle of olive oil is just what you need. You may want to use one tablespoon of dry rub for every pound of chicken.

Do you put oil on chicken before seasoning?

Because you are using the oil to make the seasoning stick to the meat, you need to put it on first. Otherwise, you just washed all the seasoning off. Get your hands into it!

Pour just enough oil to fill the indent in your palm and rub that in. If you put too much on, it will just drip off and take the seasoning with it.

Any vegetable oil will do the job of getting seasoning to stick to chicken, but olive oil is highly recommended if you can get it. Light olive oil is a neutral oil that has no real distinct flavor of its own, making it a perfect binding agent.

Extra virgin olive oil will have a distinct olive flavor with a tinge of spiciness. It’s best saved for sauces, dressings and finishing.

Health wise, olive oil is a good cooking oil due to being rich in antioxidants and polyunsaturated fat. The vitamins E and K can be found in olive oil. Cooking food without fat is next to impossible.

Scratch that, cooking good food without fat is next to impossible. If you need a fat that won’t spike your cholesterol levels, a light smear of olive oil may be just the thing.

How do you make marinade stick to chicken?

A marinade isn’t light oil. It’s soaking the meat in a blend of oil and something acidic such as vinegar or citrus juice. This helps the meat retain its moisture while breaking down the proteins just enough resulting in a dish that is juicy and tender. It will also help your chicken not stick to the grill as much.

In order to keep the seasoning on, you mix the seasoning in with the marinade. Boneless chicken can marinate between thirty minutes and two hours.

Bone-in chicken needs a little longer. About one hour or even up to twelve hours are what you will need. Too long in an acidic marinate can result in a tasteless mush.

If your marinate is more of a creamy one with buttermilk, you can afford to leave it in a little longer. In this case, chicken can stay in the creamy marinade for eight hours if boneless and twenty-four hours for bone-in chicken.

Chicken is a popular dish that is tasty and easy to cook. It can pair well with a variety of herbs and spices. The trick to keeping your chicken well seasoned is to start with dry chicken drizzled with just enough oil to help the herbs stay on.

If you like your chicken marinated, mix your seasoning in with the marinade. Even here, you might want to pat your chicken dry before letting it soak.

People have been eating chicken since as early as 400 BCE. An archeological find in Israel revealed that all those centuries ago chickens were being raised for food. Today, the average American eats eighty pounds of chicken every year.

It is a tasty source of protein that can be healthy depending on other ingredients and cooking method. They go well with just about any seasoning and so are a good subject for both the beginning and advanced cook.

This versatility makes chicken good for the adventurous cook. With a few tips in mind, you can make chicken taste not simply “like chicken” but however you want it to taste. 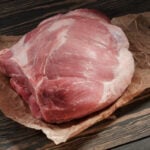 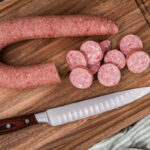