You are here: Home / Meats / Pork / How To Clean Neck Bones in Simple Steps 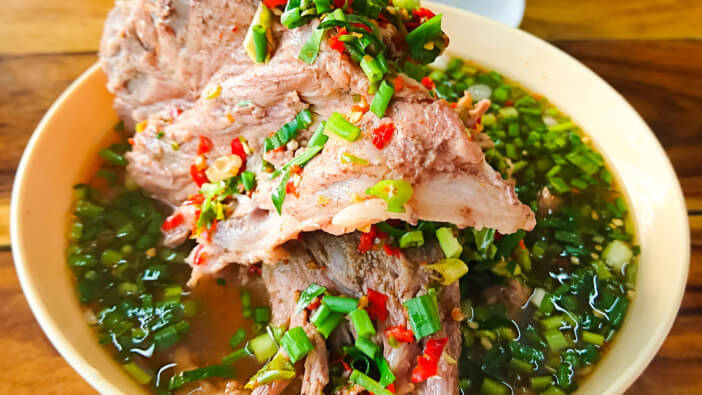 No other variety of meat is as heavily consumed as pork.  However, despite its popularity, pork can be the source of many different types of potentially dangerous pathogens, such as Salmonella, Campylobacter, Trichinella spiralis, Toxoplasma gondii, Listeria monocytogenes, and methicillin-resistant Staphylococcus aureus.

Therefore, proper sanitation is imperative in handling it.  Special precautions should be taken to properly clean knives and utensils and the surfaces that are utilized while preparing pork neck bones, as well as while handling the meat itself (ditto with other underused cuts like chitlins, jowl, stomach, skins, etc).

Pork neck bones should be washed periodically throughout the process of preparing them for human consumption, but never cleaned with running water.

Otherwise, the risk of contracting a food-borne disease is more likely, since running water can splash onto nearby countertops, chopping boards, and meat that has already been cleaned. If common sense and cleanliness standards are carefully maintained, however, handling pork can be perfectly safe.

How To Clean Neck Bones

For the best outcome, the pork neck bones should undergo a detailed and thorough cleaning process.

The first step in the cleaning process entails removing the pork neck bones from their packaging and rinsing them by soaking them twice to remove any blood that has pooled at the bottom of the packaging.

In this instance, the word rinsing refers to first soaking and then pouring standing water over them using a bowl of fresh, clean water.

As previously stressed, it is important not to wash the pork neck bones under running faucet water, as this has been shown to increase the likelihood of bacterial contamination.

This can happen by transferring any viruses and bacteria from the surface of the meat to utensils and nearby cooking surfaces.

Studies suggest that soaking meat in an acid bath such as vinegar or lemon juice is more effective for the reduction of pathogens than rinsing the meat with water alone. Using vinegar provides a stronger solution.

After the acid bath, the meat should be soaked an additional time to remove any hidden pockets of bacteria or debris that have been loosened by the first soaks.

Physically removing the contents of skin folds and pockets between soaking can help assure a cleaner cut.

For physical cleaning, a small, sharp knife should be used to remove any trace ligaments, extraneous fat, spinal casing or other inedible sinewy bits that might make the meat less palatable.

These things are visible, both on the outside of the meat, and within the inner pockets.

However, it is important to leave a small amount of the fat intact for its tenderization qualities and contribution to the richness of the final product’s flavor.

The initial soaking of the meat softens it slightly, making it easier for the boning knife to maneuver through the material that should be removed.

Studies have shown that scalding meat at 140 degrees for 4 minutes reduces bacterial growth on the meat even further. This also works to tenderize it even more, making it easier to separate the meat from the bone after cooking.

After the meat has been thoroughly soaked, given an acid bath, and scalded, it should be patted dry with a sterile cloth, sealed and stored in a refrigerator or freezer, or cooked immediately.

If refrigerated, they should be kept separate from chicken and other cuts of meat and refrigerated no longer than 48 hours. A preliminary cooking process should take place prior to the cooked neck bones being used in other recipes.

This entails covering the bones in two to three inches of water and boiling them for fifteen minutes or until fat rises to the surface of the water in the form of a foam. The foam should be skimmed off and the neck bones left to simmer for one hour on low heat with the water being replaced periodically as it evaporates.

At this point, the meat can be seasoned with chopped vegetables, garlic, and/or onions and simmered on low heat for approximately twenty minutes, or it can be turned into mirepoix made with carrot, celery, and onion, or bouquet garni, made with a bay leaf, parsley, and thyme, to taste.

The neck bones can be served warm over rice at this stage, or removed from the bone with a sterile knife and fork and used as an ingredient in a wide variety of recipes with similar sides as ribs. The liquid from the simmering stage can be drained and stored in sterile jars in the refrigerator for from three to five days, or poured into plastic containers and frozen for up to four weeks.

This broth or stock can be used to make delicious stews, sauces, and as the base for a wide variety of soups. Small amounts of the meat that has been removed from the stock can be re-added for a richer flavor.

Where are pork neck bones on the hog?

Pork neck bones are part of the cervical vertebra that exists as part of the hog’s bone structure. Each vertebra tends to be short and wide.

Neck bones are, at times, referred to as neck ribs. They are one of the least expensive cuts of pork and are substitutes for pork ribs but contain little meat and more bone. Neck bones commonly sell for one-half to two-thirds the cost of spare ribs.

Where are pork neck bones generally found for purchase?

Today’s consumers often seek cuts of meat that have lower fat content. Because of this, pork neck bones can be purchased from local pig farmers, but can often be difficult to find at the typical grocery store.

The bones that are sold raw can be found at some butcher shops or in local markets. If they are not readily available, custom ordering is possible in some cases. The raw, uncured bones are the most versatile.

Smoked pork neck bones tend to be cleaned prior to sale, and can be found for purchase online or in supermarkets.

Human consumption of pork has been documented to have occurred as long ago as prehistoric times. European cave drawings depict wild boar hunts even before the existence of written language. Since that time, pigs have been domesticated and have been used as a consistent food source, serving as a significant dietary addition that yields high nutrition.

Pork is best known for the more popular cuts, such as tenderloin, pork chops, and ham. However, it is also an efficient type of meat in which even the tails, feet, and bones are utilized.

The once-popular term, fat as a pig, described the appearance and fatty constitution of pigs prior to World War II. However, since that time, consumer demand has resulted in the breeding of leaner pigs that also result in leaner cuts of meat that are more nutritious, while also low in saturated fat.

Pork neck bones fall into this category. They contain small amounts of edible meat with thin ribbons of fat, but that is relatively low in calories.  The raw meat tends to have several higher fat areas, but these are removed during the cleaning process, and prior to cooking.

Pork neck bones are a lean pork product that, in addition to their palatability, are sound sources of high-quality protein. Not only do they contain Vitamins B12 and B6. They are also rich in phosphorus, niacin, riboflavin, zinc, and potassium.

The cut also contains collagen, which can add a rich, full flavor to the pork broth that is often used to make gravy, stews, soups, and sauces, and that is said to promote healthy skin, hair, and fingernails in humans.

While pork neck bones do not contain a vast amount of meat, the meat that they do yield is known for its succulent, delicious flavor.

I add it to as many recipes as possible, not only for its rich nutrients, (protein, minerals, and collagen, just to name a few,) but also for the amazing depth of flavor it brings to every dish.

The University of Minnesota notes that pork, in general, supplies high-quality protein and that it is a good supply of iron, Vitamin A, and thiamine in a healthy, low caloric form.

Once considered offal or spare meat, pork neck bones, along with the pig’s tails and feet, chicken gizzards, beef honeycomb tripe, tongue, and oxtails were once commonly used in the diets of enslaved people in the American South.

These cuts were commonly what remained after the prime cuts of meat were removed from the animal and given to the slave owners.

Perhaps, not as glamorous as filet mignon or a good bacon-wrapped pork tenderloin, thanks, in part, to the late celebrity chef, Anthony Bourdain’s book, The Nasty Bits, Collected Varietal Cuts, Usable Trim, Scraps and Bones, (255) the meat from pork neck bones has, over the last few decades, even made appearances in upper-class restaurants.

Along with the currently-trending pork belly and non-traditional bacon. Pork neck bones have also become more popular in home cooking, especially among urban homesteaders. In addition to being the main entree, they can also be served as an ingredient in everything from spaghetti to stew.

Prior to cooking, pork neck bones are on the tough side, which makes sense because their purpose is to support the heavy head of the hog. However, the methodology used to cook them can result in a tender cut that is soft and succulent.

Preparing pork neck bones requires a little more time and effort than other cuts of pork, but can be well worth the effort. Be sure to read about cooking the bone marrow as well. 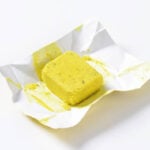 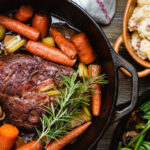 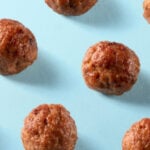 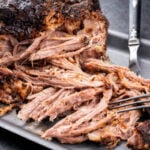