A long-time favorite food of coastal dwellers, clam meat is a popular shellfish choice in cuisines from around the world. But did you know that this humble coastal staple can come from one of dozens of different species of marine bivalves, each with their own unique flavor and texture?

If you’re ready to get to know clam meat from a culinary perspective, you’ve come to the right place!

In this guide, we’ll be introducing you to the range of flavors that you can expect from different styles of clams, as well as giving you a recipe for clam meat’s most iconic dish: New England style clam chowder.

And to wrap things up, we’ll include links to our favorite places to buy high-quality clams online.

If you’ve ever tried mussels, oysters, conch, scallops (more maybe caviar or shark?), then you already have something of an idea of what clams taste like: Oceanic and savory, with a meaty texture that’s great both cooked and raw.

Unlike oysters or mussels, however, clams don’t live attached to an ocean substrate — giving them a much cleaner, less “muddy” flavor.

They also do not live near the bottom of their environment (like scallops), preferring the soft sand of riverbeds where they can filter water freely and avoid developing an overly salty or fishy taste.

To get a clearer idea of what clam meat tastes like, though, we’ll need to look at some of the many varieties found on North American coastlines.

A special thanks goes to Naomi Tomky of Serious Eats, whose guide to clam types does a wonderful job of expanding on the brief notes given here.

Quahog clams hail from the Northeast, where they’re often synonymous with chowder clams. They’re a small and hard-shelled variety with a clean and exceptionally savory flavor, perfect for chopping and cooking into soup.

Littleneck clams come from Long Island, where they are highly regarded for their sweet taste when served raw. They are some of the most tender clams, and do best when served raw or lightly cooked, sometimes with a simple sauce or mignonette.

Cherrystone clams are nearly double the size of Quahog or Littleneck clams, but maintain much of their sweet flavor and tender texture. They’re the most versatile type of clam, capable of being served raw on the half shell or shucked and grilled to serve alongside salads or in pastas.

Chowder clams are the largest of the Northeast varieties, and therefore unsuitable for serving raw. As their name implies, this variety is perfect for chopping and cooking into creamy New England style chowder.

Soft-shell clams are also known as steamers, in reference to the most common method of preparing them (bamboo steamers or fish steamers both work really well).

Because they grow in muddy riverbeds, their flavor is much less clean and oceanic than the varieties listed above; that’s why they’re perfect to serve fully cooked via steaming, and drizzled copiously with butter and herbs.

Manila clams are the most commonly steamed clams on the West Coast, where their different habitat lends them a clean and sweet flavor that’s uncommon for clams of this size. Though they can be served raw, Manila clams truly shine when steamed and served in a white wine and herb sauce.

Razor clams are a massively meaty denizen of the West Coast, where they grow all the way from Southern California through Alaska.

They’re best when grilled or cooked into a soup, as their unwieldy size and slippery texture make them unsuitable for serving raw and their hard shells are no good for steaming.

Geoduck, pronounced “gooey duck”, clams are found only in the pacific Northwest. They’re the least common of all varieties listed here, but considered a local delicacy when roasted over an open fire and slathered in butter.

If you don’t live on the East Coast, there’s a good chance that you’ve eaten oysters but not clams. So how do the two compare?

First, both clams and oysters come in a wide variety of species and regional variations. And this is where you’ll find the most similarities in flavor: Clams and oysters that come from the same region will taste very similar.

Even so, oysters are generally fattier and more mineral-heavy in their flavor than clams. Clams are often described as tasting “cleaner” than oysters thanks to living above the sea floor.

Because of this, oysters will be saltier and fishier, while clams have a sweeter taste. Either way, you’ll need a special tool to open both.

Of the more than 150 edible species of clams, every one of them can be a nutritious part of a balanced diet.

Clams are a low fat, high protein seafood that’s densely packed with healthy vitamins and minerals. For example, a 3 ounce portion of clam meat contains a whopping 22 grams of protein — on par with beef or pork, and far less fatty to boot.

That’s in addition to high amounts of selenium, magnesium, iron, and B vitamins.

It’s interesting to note that clam meat’s nutritive values don’t stop at the individual, either. As one of the last real “wild” food sources in the 21st century, clams have taken up a central place in the health of coastal communities wherever they’re found.

The stewardship of clam habitats, as well as the clam harvesting industry, have to operate in a sustainable manner — ensuring a steady supply of jobs for the residents of clam-growing areas.

How to Cook Clam Meat

While many of the smaller varieties of clams are delicious served raw on the half shell, each of the larger species of clams requires special preparation to show off its best qualities.

Perhaps no recipe is more emblematic of how to cook clam meat than a traditional New England style clam chowder — which is why we’ve developed a simplified recipe for it to share with you below. It’s designed with the first-time clam eater in mind, and requires little more than a large pot and moderate knife skills to create.

A staple dish of the Eastern United States, clam chowder has become so popular that it’s now produced as a canned soup that’s distributed across the country.

But there’s an even simpler way to prepare clams, too — a sort of “no recipe recipe” of steamed clams.

How to Make Steamed Clams 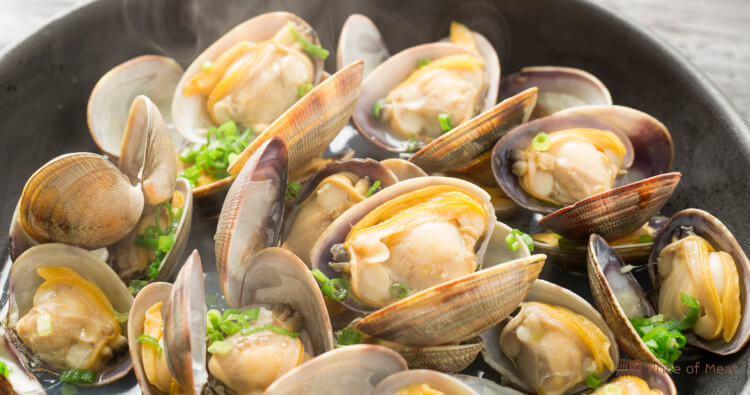 Steamed clams are best when served with small slices of toasted bread, and make an excellent appetizer for a larger European meal or a great anytime snack.

Clams Around the World

If you have a decent amount of experience in the kitchen, though, clams can become a gateway to cuisines from around the world. Let’s look at a few potential directions to take:

In India, clams are eaten across all of the country’s coastal regions — but particularly in Tamil Nadu and Kerala. Fried with coconut, clams are used to make sweet and spicy coconut curries, lending a soft meaty flavor to intensely spiced dishes.

They’re also popular eaten raw in these areas, topped with condiments like date and cilantro chutney or spicy mango pickles.

Japan, lovers of all sorts of seafood, use clams primarily in soups — though they’re sometimes served raw alongside sushi platters. Miso soup and hot pot are the most common preparations, as well as a unique recipe known as tsukudani.

In that dish, clams are simmered in soy sauce and mirin, effectively preserving them and creating an intensely flavorful condiment to pair with milder dishes.

Italy has a long tradition of using locally caught meat and seafood in their cuisine, and clams are no exception. They can be found adorning dozens of pasta dishes, prepared simply with butter and garlic or mixed into a diverse seafood platter.

Nearby Spain makes frequent use of clams in paella, their regional rice dish that can be mixed with any variety of meat, seafood, or vegetable.

Mexico loves clams as well, with native fishermen collecting their coastal bounties and shipping them inland to major city centers.

Mixing clam juice with tomato juice creates a popular beverage called clamato, which is often mixed with beer for a filling and refreshing midday drink.

And while we don’t have a record of how clams were eaten by the native Algonquians of Eastern North America, historical records show that the tribe used clam shells to produce a type of sacred jewelry wampum as well as a form of currency.

Where to Buy Clam Meat For Sale

For many people in the United States, buying clam meat can be as simple as taking a trip to your local supermarket. Here you’ll find canned clams in their juice, usually caught and prepared on either coast before being preserved.

These canned clams can be an excellent alternative to fresh or freshly frozen clams, and work well for making the clam chowder recipe provided above.

Anyone not fortunate enough to live nearby a source for fresh clams will be thankful for the selection available from Fulton Fish Market.

They usually offer half a dozen varieties of clams to choose from, each of which can be shipped fresh over ice to locations within the continental United States.

Here are a few FAQs about Clam Meat.

Yes, clams are healthy. They are a good source of protein, vitamins and minerals. Clams are also low in calories and fat.

How do you eat clam meat?

Simply serve it as you would any protein, such as grilled or steamed. Alternatively, use it to thicken sauces and pastas; make clam sauce for pizza; puree for use in stews, soups and chowders.

What part of a clam do you eat?

The clam’s meat is called the adductor muscle. The clam may have a shell, mantle or both.

How do you prepare and eat clams?

Well it depends on whether they are steamed, boiled, sauteed or baked. And for this you can read my blog post about eating clam meat – it’s really very easy!

How do you soften clam meat?

Clam meat can be softened by simmering it in water or milk for a few minutes.

Do clams have any nutritional value?

Yes, clams are a good source of protein, selenium, and vitamin B12. They also contain a moderate amount of zinc. Clams are low in saturated fat and cholesterol, making them a heart-healthy food choice.

Clams have a slightly metallic taste and are fairly salty. They are often eaten raw, but can also be cooked. 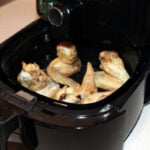 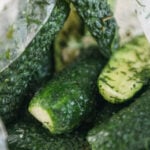