While most of us are familiar with cured meats, such as prosciutto, cecina, and salami, most people draw a blank when it comes to Bresaola. It can be difficult to find in any store other than the most well-stocked specialty shops, leading many people to ask: what is Bresaola?

Bresaola is a cured meat from Italy typically made from beef instead of more traditional pork meat. It comes from a single muscle that’s trimmed and prepped to produce a lean yet marbled slice of meat with a bright red coloration.

Though Bresaola is relatively unknown in most American supermarkets, you can find it in most Italian markets or fine meats sections.

People prize the dish for its unique flavor, imparted by a selection of spices during the curing process. Bresaola is often served alone as an appetizer, though it works well in several Italian recipes, as well.

The Origins of Bresaola

If you’re asking the question, “what is Bresaola?”, then you’re not alone. Not many people have heard of this tasty treat, as it can be expensive and difficult to find in U.S. supermarkets.

Like many types of cured meat, Bresaola comes from the foothills of Northern Italy. It comes from the Lombardy region, which is full of grazing cattle herds. The locals would salt and cure batches of meat during bountiful summers to make it through the harsh mountain winters.

Nowadays, true Bresaola still comes from Italy (similar to Mortadella and Bologna). According to its IGP trademark, anything labeled as Bersaola must come straight from the butchers of the Lombardy region. As a result, Bresaola tends to be rare and pricey in markets outside of Italy.

How is Bresaola Made?

Bresaola has a relatively simple preparation that has remained largely unchanged throughout its long history. A master butcher trims and prepares a cut of meat, most often the eye of a round cut of beef or top round.

Excess fat gets removed, leaving you with a very lean beef bresaola. Before curing, a blend of spices gets massaged into the muscle for additional flavor.

A single intact cut of meat will get cured and aged anywhere up to 85 days. After curing, the Bresaola is ready for pulling, slicing, and serving. You can buy pre-cut Bresaola slices, or you can purchase an intact portion to thin slice yourself.

Bresaola has a unique and memorable flavor profile thanks to the spices used in the aging process. Instead of using salt alone, aromatic spices such as nutmeg, white pepper, garlic, and juniper give Bresaola a warm, almost festive taste.

You can find a variety of different meats used in Bresaola recipes, from traditional beef versions to spiced venison. The cut should be lean, meaty, and flavorful, no matter what type of meat a butcher uses.

While most cured Italian meats contain pork, Bresaola most often comes from beef cuts. Occasionally, however, you may see specially cured pork labeled as Bresaola. Thanks to a similar spice mix, beef, and pork Bresaola often tastes the same.

In some cases, you may see Bresaolo prepared from wild game meats. Depending on the region, venison and horse are both popular substitutions. Varieties made from wild meat tend to have a gamier, more potent flavor than traditional Bresaola.

Bresaola often gets mistaken for prosciutto, as the two share a similar appearance. The meat is a deep, right red marbled with lean fat.

However, prosciutto and Bresaola taste nothing alike. Bresaola most often contains beef instead of pork and is seasoned with a blend of aromatic spices for a mild yet complex flavor. Some compare it as closer to pastrami in terms of taste.

Bresaola has a warm, sweet, mild flavor that makes it a popular choice for even beginners to cured meats. It often contains notes of pepper, nutmeg, and juniper berry. The spices help to showcase the rich, buttery flavor of the beef.

How to Store and Serve Bresaola

As a cured meat, Bresaola is naturally easy to store. Most of the time, you can buy either whole or sliced meat that comes shrink-wrapped and ready to store at room temperature.

Make sure to keep unopened Bresaola in a cool, dry place to avoid any contamination or degradation.

Once you open the shrink wrap around Bresaola, it’s best to store the meat in the fridge. Cuts should keep for a week when wrapped or stored in an airtight container.

Freezing Bresaola may keep it from spoiling for longer, but it is likely to ruin the taste and texture of the meat.

Most of the time, Bresaola is served on its own, giving people the chance to savor all of the complex spices and flavors. You can briefly warm it similar to cecina.

Occasionally, people plate it on a bed of arugula or drizzled in olive oil to compliment the meat’s flavor profile. Slices are paper-thin and require a sharpened knife for cutting and displaying.

If you don’t want to eat Bresaola on its own, or if you’re looking for something more substantial, you can find recipes that call for the meat to add texture and flavor. Many Italian dishes pair well with Bresaola.

ou can add it to everything from pizzas to salads. Bresaola also works well as part of a balanced antipasto platter or charcuterie board, adding some sweetness and spice to the mix.

Where to Buy Bresaola

It isn’t often easy to find Bresaola in most U.S. supermarkets. Not many Americans are familiar with the dish, so there isn’t a high demand.

If you want to try Bresaola, you’ll most likely have to visit a specialty Italian market or a butcher to find it.

Because Bresaola is a cured meat, it’s easier to ship sealed cuts than other foods. You can find Bresaola on many online delis and gourmet marketplaces, sometimes at more reasonable prices than brick-and-mortar stores.

Even exchanges such as Amazon often have Bresaola options, though you should always vet sellers before ordering. 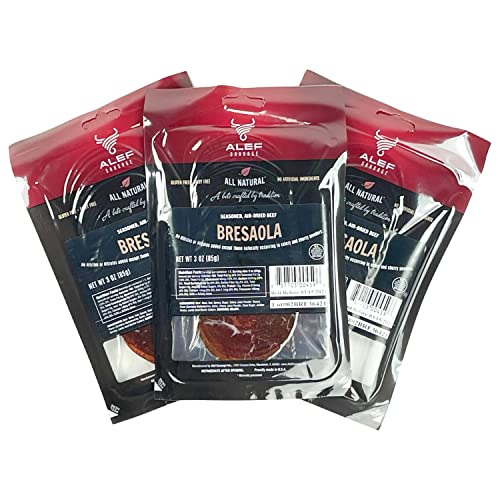 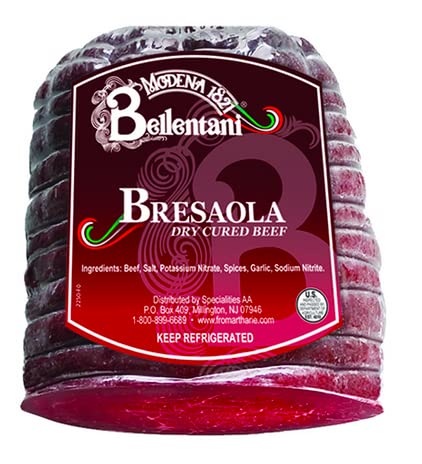 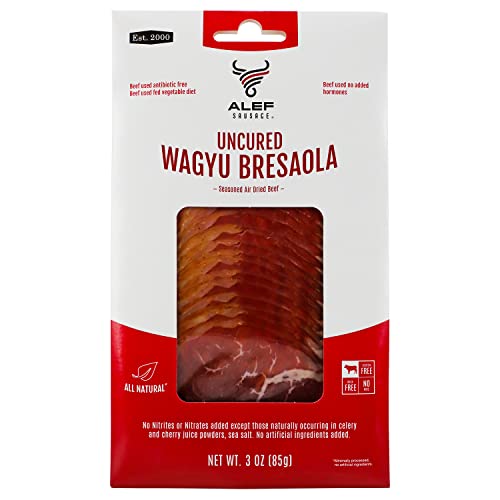 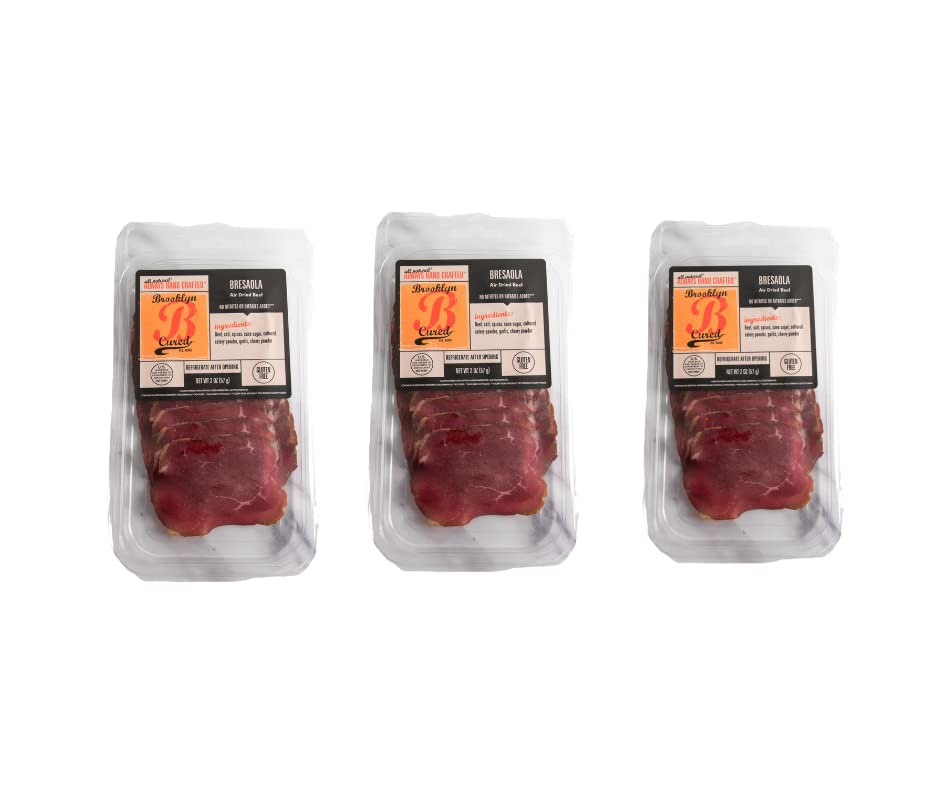