Bacon too salty? Whether you are working with your own slab bacon and prague powder or buying pre-cooked & flavored bacon, your bacon is likely too salty due to modern packaging and shipping.

You can fix the saltiness by soaking before cooking. Now, there is a bit more nuance to the whole story that starts with what bacon is & how it’s shipped to our homes.

What Precisely Is Bacon? 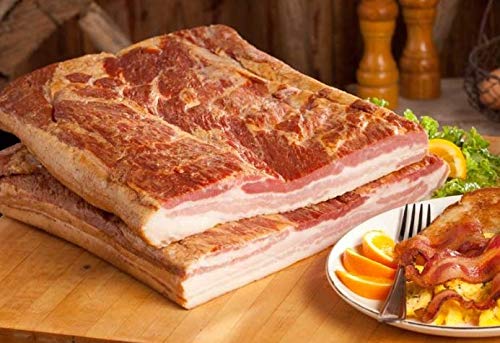 You can conjure an image of bacon in your mind without any trouble in all likelihood when you hear the word, but you might want to know a bit more about what it really is from a definitional standpoint. The US Department of Agriculture and Food Safety (USDA) provides an excellent definition of what bacon is:

The term “bacon” is used to describe the cured belly of a swine (hog) carcass. If meat from other portions of the carcass is used, the product name must identify the portions where the bacon comes from, e.g., “Pork Shoulder Bacon.” Bacon is generally produced from young animals (6 to 7 months old) that weigh between 175 to 240 pounds.

This is a very scientific way of looking at a food that the vast majority of people reading this grew up with and are familiar with. However, it is nice to know specifically what something is when talking about it in great detail.

Your memories of bacon probably fall more along the lines of how the bacon crackled and tasted when it hit your tongue. The chewiness or the crunchiness (depending on how it was prepared) is something that can bring back some incredible memories from earlier times.

This is why many of us love bacon, and plenty of people eat it every morning or nearly every morning as part of their breakfast routine.

Why Is Bacon So Salty?

Bacon is always cured in a salt solution to help bring out its flavors for the end consumer. This is great in the sense that it means that the consumer gets to bite into something delicious tasting, but it doesn’t always serve them well when they are trying to watch how much sodium they take in their diet.

When that is the primary concern, the salty content of bacon gets a harder look from many people. 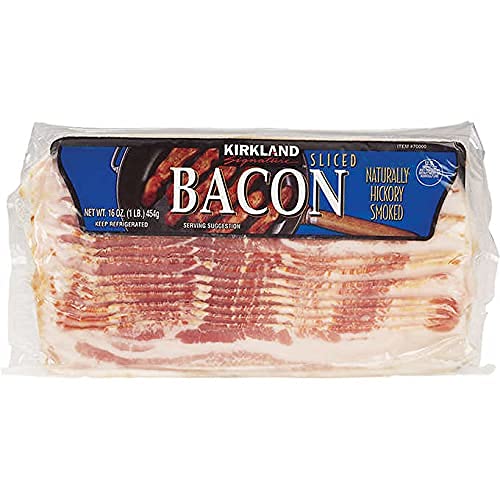 Bacon is such a popular breakfast staple that it is available in nearly every grocery store across the country. The stores feel that they need to keep it stocked up because they know how much their customers love it, and they don’t want to disappoint them.

Thus, they tend to keep more than enough of this breakfast food available in the store at all times. That is terrific news for people who love bacon, but it also means that the industry has to figure out a way to package the bacon and keep it fresh long enough for it to hit store shelves. This tends to mean packaging it in a way that seals in freshness.

The best way to do that for most foods is to up the sodium content. Salt locks in the freshness of those foods, but it also adds to the overall sodium and salty flavor in the food.

his is not great from a health perspective because people need to make sure they keep their sodium levels in check as much as possible to avoid the impacts that it can have on their blood pressure levels, heart health, and more.

It is important to always check the sodium content of any food before consumption, and it may be particularly useful when considering eating bacon on a regular basis.

Does It Really Need To Be This Salty?

One of the frustrating things for those trying to watch their sodium is the fact that bacon doesn’t really need to be as salty as it turns out to be. It was highly useful to have maintenance techniques for maintaining freshness in the past, but now that refrigerators are a very common household appliance, it is hardly necessary anymore.

Thus, many customers who purchase bacon are buying a product that has higher levels of salt in it than what is truly necessary to keep it fresh.

What Can You Do To Combat The Sodium Of Bacon?

There are some alternatives that you can purchase to bacon that have less salt but may stand in as a good substitute such as:

If you hadn’t heard of some of these before, don’t worry. Many people are just now hearing about some of the great alternatives to traditional bacon that exist out there.

They are finally getting a chance to continue to have a bacon-like food at their table for breakfast every morning without the health downsides that frequently come with regular bacon.

This is a great message to get out to people who simply cannot imagine what the world would be like without their delightful bacon as an option for them all the time.

How Will You Know If Bacon Is Too Salty? 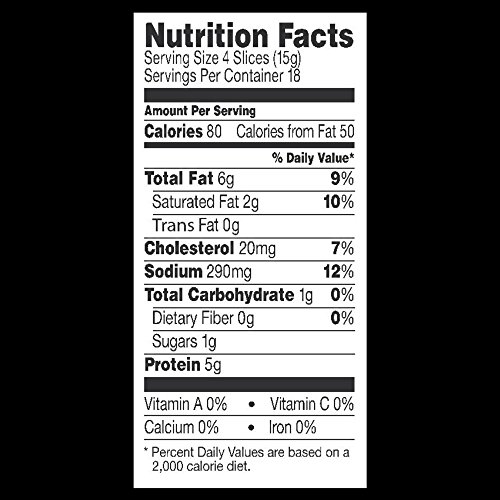 The first thing that you can do is look at the nutritional label on the bacon to see how much sodium is in it. You should get some idea right then and there about how salty the bacon you are about to cook is. However, you can also do a simple taste test once you have had the chance to cook the bacon yourself.

The only way to truly know if the bacon you are eating now is really too salty or not is to compare it to bacon that you cure on your own. That takes a lot of work of course, but you will experience the difference between the two right away.

If you can make bacon at your own home that tastes just as good or better than the kind you buy in the store, why wouldn’t you sit down and make that happen right now? You could save yourself from the excess sodium while still producing something that tastes amazing.

If you don’t have the capacity to do it all on your own, then you can at least consider purchasing some from a local farmer’s market or through another local connection, you know it will be fresh because it is locally sourced, and you will be helping to give back to your community at the same time. That is a win-win for everyone.

Here are a few FAQs about Salty Bacon.

Why does my bacon taste salty?

Bacon is naturally salty because it is made from pork. The salt is used to preserve the meat and add flavor. Modern packaging techniques also add salt to the bacon. Cooking your bacon at a high temperature will also make it taste salty.

Does bacon get saltier as you cook it?

Bacon gets saltier as you cook it, because the bacon itself releases enough fat to bring out the flavors. Rinse and pat dry your bacon (to eliminate excess flavor-blocking moisture) before cooking it, so that there’s a better ratio of fat to salt on your slices.

Rinsing can reduce some sodium, but it’s more effective to let the bacon soak.

Yes, bacon is salted. Salt is added to almost all commercially produced bacon in the U.S., which makes for a more flavorful and easier way of eating it without having to endure the strong taste from just the meat alone.

Why is uncured bacon so salty?

Uncured bacon is so salty because it doesn’t have the same curing process as cured bacon. Curing is a process where sodium nitrite is added to the meat to preserve it and give it a pink color. Without this curing process, uncured bacon is more likely to spoil and will be saltier in taste.

How do you get salt out of bacon?

Simply soak the bacon in plain water. Let sit for 30-60 minutes (more time for larger pieces), then remove and fry up a little sample piece. It’s still too salty? Replace the water one more time and try again until you get it.

Can you eat bacon on a low sodium diet?

Bacon can be eaten on a low sodium diet; however, there’s always the risk of adding too much salt to your food during cooking.