You are here: Home / Meats / Beef / Why Is Beef Tongue So Expensive? Its Popularity Is On The Rise For Many Reasons 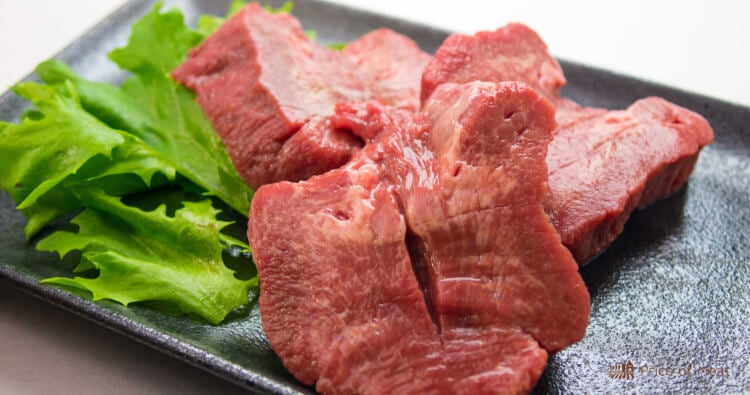 Fans of Mexican cuisine and beef dishes may have gone out on a limb at some point and allowed themselves the joy of trying beef tongue.

It is truly a unique dining experience that can be appreciated by virtually anyone. You do need to have a strong stomach to handle this kind of thing though, as it is not a typical part of American cuisine.

If you decide that you want to be a bit adventurous, then beef tongue (or ox tongue) is a great treat, but you need to understand that it is going to test your taste buds in a lot of ways because it is so different from most American foods.

Do not let this be a deterrent to you. There are many great things about beef tongue meat that you will appreciate if you just give it a chance.

A Cow Has But One Tongue

Did you know that a single cow could provide up to 180 cuts of steak? That is a lot of value from that one animal, but there is no getting around the fact that it has only one tongue.

If you really want to eat beef tongue, you have to deal with the fact that you are working with a one-to-one ratio when it comes to how much cow there is to how much of a tongue it has.

It sounds funny, but that is part of the reason why the price for cow tongue is so high. There are a lot of people who would all like to enjoy the experience of eating beef tongue, but each cow just doesn’t yield as much (same for marbled cuts like ribeye).

The Public Is More Willing To Embrace This Dish

Mexican restaurants and other places that serve beef tongue have noticed a pronounced increase in interest in this dish in North America. The tongue taste and flavor is excellent and makes a great taco filling.

They see more of the public willing to give it a shot, and this means that they are preparing more beef tongue dishes than ever before. When demand increases like that, it is challenging for the supply chains to catch up quickly because:

This has meant there is a very uneven supply of beef tongue throughout the country. Some areas are receiving way more than they need, but other areas cannot seem to get a cow tongue no matter what.

The supply chains are silently working in the background attempting to solve this riddle, but it has proven to be a challenging one.

Beef Tongue Prices Have Remained High For Some Time

It is not a new phenomenon that beef tongue prices are so high. As it turns out, they have been this way throughout most parts of the world for a long time.

It is just now that more Americans are starting to notice the high prices that more attention is being given to them.

AG Exporter, a periodical that discusses the various trends in exports of agricultural products, discussed how beef tongue garnered some incredibly high prices in Japan all the way back in 1996:

The variety meats prized by foreign consumers can bring gourmet prices . For example , beef tongues — with their strong specialty markets in Japan — brought a reported average of $ 300 per cwt in February 1996.

At the time, Japan was a large importer of beef tongue as it was and is a popular dish on the island. However, this was not covered much in the American press because Americans were not purchasing beef tongue themselves all that often.

It would still be a while before the trend caught on in the United States. Once it did, it would turn out to be a very big trend indeed (think how Tomahawk steak took off), but it remained largely in the shadows at that time.

How Much Does Beef Tongue Cost Now?

Americans do not have to pay nearly what the Japanese did even back then. The price has stabilized somewhat, and the largest market in the United States means that American supermarkets are able to demand better prices than other countries could in the past.

hat, along with the fact that many of the agricultural processes have been perfected, means that the price now runs approximately $10 per lb. in the United States. The average beef tongue weighs approximately 2 lbs., so the cost comes out at around $20 per beef tongue.

You will pay more than that when you order it at a restaurant because they have to add their costs of labor, supplies, etc. in and still come out with a profit on top of all of that.

Thus, you should expect to pay a decent amount of money if you would like to eat a beef tongue while out enjoying a meal with family or friends. Still, you might want to go for it simply for the experience of getting to try beef tongue.

After all, it wouldn’t cost as much as it does if it were not for the fact that it tastes so delicious.

Beef Tongue May Have Surprising Benefits To Mankind

Not only does beef tongue come packed with a lot of vitamins and nutrients, but there are some early studies that the surface of beef tongue may be similar enough to human skin that it can be used in place of human skin in certain circumstances.

The implications this could have for medical procedures and other uses are astounding. There is still a lot of research to do before this can be claimed with absolute assurance, but scientists are already very excited about what they see as a potential breakthrough for major parts of the medical science community.

Just because this product may have some benefits for science doesn’t mean that it isn’t still delicious. Don’t worry!

It is not so similar to human skin that it will make you feel gross eating it. Rather, it just shares enough similar properties to make it of interest to scientists.

You should not let this make you feel bad as a consumer of this product for dietary reasons. Enough people have been eating it for many years all around the world to give you supreme confidence that it remains a delicious choice.

If you haven’t had the opportunity to try this dish yet, then you don’t know what you are missing out on. It is something that people from all over have appreciated and driven the price up.

Perhaps it is time that you got in on the action as well! We are big fans of using every piece of the animal.

FAQs About Why Beef Tongue Is So Expensive

Here are a few FAQs about Why Beef Tongue Is So Expensive.

Yes, beef tongue is actually the tongue of a cow. Now, even though it’s all for licking and moving food inside a cow’s mouth, keep in mind that, like a human tongue, it’s basically a small muscle. And like any other cow muscle meat, it’s flavorful, nutritious, and lean (albeit a bit tough like brisket flat).

Contrary to popular belief, beef tongue is one of the most nutritious foods you can eat! It’s a great protein source and has plenty of nutrients, like the B vitamins thiamin and riboflavin. And try cooking it up with some onions and garlic – so yummy!

How much does beef tongue sell for?

Raw beef tongue generally sells for around $10 per pound. It is a less popular cut of meat, so it tends to be more expensive than other cuts like steak or roast (or ground beef). The high price is due to the fact that beef tongue is a difficult cut to prepare and takes a long time to cook.

Walmart does not sell cow’s tongue. Walmart carries some beef cuts and frozen ground beef, but does not stock all cuts of beef. If you are looking for cows tongue specifically, try searching your local grocery store or butcher counter.

Does Publix have beef tongue?

Yes, some Publix delis carry beef tongue in their meat section. However, it is recommended to call ahead to see their exact inventory and freshness.

Is it healthy to eat beef tongue?

There are a lot of misconceptions about beef tongue. Some people think it’s unhealthy because of its high cholesterol content, but the truth is that it’s a very healthy meat. Beef tongue is high in protein and B vitamins, and it’s relatively low in fat and calories. It’s also a good source of iron, zinc and selenium.

Is beef tongue high in protein?

Yes, beef tongue is high in protein. It’s a lean meat and it contains the same amount of low-fat protein as skinless white meat chicken or turkey. It also has iron, copper, zinc and B vitamins like B1 (thiamine), niacin and riboflavin. 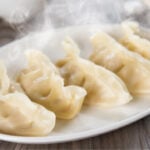 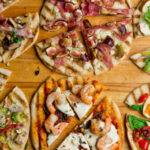