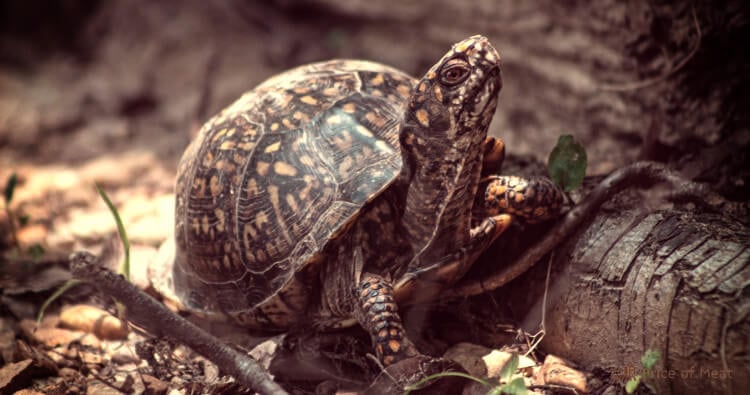 Transport yourself momentarily to the early colonial days of America, and you would find very different proteins on your plate than the pork, beef, and chicken of today. Chief amongst these was turtle meat — renowned for its rich, deep flavor and easy availability at the ocean’s shore. As turtle soup, it was even a longtime favorite meal of early American presidents.

Prior to becoming a regular staple of American menus, however, turtle meat already enjoyed a place of prestige on dinner tables in both England and China. And while overfishing may have ultimately limited sea turtle and snapping turtle consumption across the world, cookbooks hold records of marvelous turtle soup recipes dating back hundreds of years.

In today’s article, we’ll be exploring everything you’ll need to source, prepare, and cook turtle meat — including two variations of its most famous associated recipe, turtle soup. Follow along and you’ll learn not just what turtle meat can taste like, but where to buy it online and how to season it for the modern palate.

Before you can get a true sense for the taste of turtle meat, it’s important to differentiate between two commonly served varieties: Freshwater, or snapping turtles, and saltwater, or sea turtles. Whereas the freshwater variety is known more for its succulent texture and muddier flavor, saltwater turtle meat is prized for its flavor and aroma that falls somewhere between veal and lobster.

It’s one of my favorite ingredients to cook with… Turtle has the advantage of having an incredible meaty, beefy flavor with an extremely unique texture… think alligator or squid.”

Indeed, a large snapping turtle of the kind you’d find in Louisiana has been said to contain “seven distinct types of meat, each reminiscent of pork, chicken, beef, shrimp, veal, fish or goat.” (Source)

If it really is that delicious, why has turtle become such a rarity in American and world cuisine? It all comes down to a problem of supply and demand.

When popular demand for turtle soup took off in England and the Americas, it quickly led to overfishing of green sea turtles in their native Caribbean habitat. This, in turn, led to skyrocketing prices — and even the invention of “mock” turtle soup to satiate the public’s desire for the dish.

As time went on and the price continued to creep upward, turtle meat was pushed out of the reach of most diners. Today, it’s still one of the most expensive rare meats that you can buy, routinely costing upwards of $30 a pound!

How to Cook Turtle Meat

Turtle soup became the most popular dish to cook with turtle meat for one simple reason: Butchering turtles is incredibly challenging. It yields many small chunks of meat rather than any large, steak-like cuts — making it perfectly suited for use in soup.

For a classic example of turtle soup preparation in England, take a look at this antiquated recipe from Soup Through the Ages: A Culinary History with Period Recipes, by Victoria R. Rumble:

Take your tortoises and cut off their heads and feet and boyl them in fair water, and when they are almost boyl’d put to them some white wine, some sweet herbs, and a piece of bacon, and give them a brown in the fryingpan with good butter, then lay them upon your bread a-steeping in good strong broth, and
well seasoned; garnish the dish with green sparrow-grass [asparagus] and lemon over it.”

For those of us without the means (or the heart) to butcher a live tortoise, a recipe like the one offered by the famous Commander’s Palace in New Orleans is a much better option; they use cubed turtle meat of the kind that can be purchased online. Consider this simplified recipe, adapted from this one featured in Louisiana Kitchen and Culture Magazine:

In a heavy saucepan, melt 1 cup of butter over medium heat. Gradually add the flour, stirring continually until the mixture is fragrant and browned (this is known as a roux). Set aside.

Add tomato puree to the pan with turtle meat and vegetables, and simmer briefly. Add beef stock, and simmer for thirty minutes over low-medium heat. Finally, stir in the roux slowly, thickening the soup to a rich and creamy texture.

Serve with a glass of sherry on the side, and finely minced parsley for a garnish.

Where to Buy Turtle Meat

The curious gourmets among us will be happy to know that turtle meat, while rare and expensive, is not nearly as difficult to source as exotic game like moose or bear. In fact, good-quality turtle meat is regularly available from a variety of online grocers.

Having spent some time living in New Orleans, Cajun Grocer is our favorite place to order turtle meat. Their boneless turtle meat is consistently of a high quality, with chunks that are the perfect size for making turtle soup.

Louisiana Crawfish company is an excellent alternative, and slightly more affordable than Cajun Grocer. You can find their boneless turtle meat for sale year-round here.