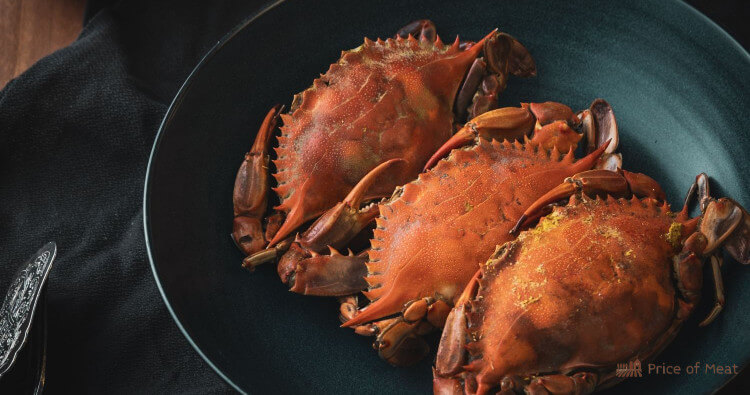 The crab might well be evolution’s finest achievement. Don’t believe me? Well, aside from crab meat’s phenomenal taste and texture — which we’ll cover in this guide — the crab has also been the final result of at least five separate crustacean’s evolutionary paths.

Known as carcinization, this process has guided multiple different types of sea creatures to the hyper-efficient form of the crab.

But the inevitable march of all ocean life towards becoming crabs isn’t what we’re here to talk about today. We’re here, in fact, to give you an inside look at the humble crab’s place in world cuisines — from Chesapeake Bay crab boils to French crab bisque to Japanese crab sushi and more.

Along the way, we’ll also learn the best ways to cook crab, types of crab used in world cuisines, and where to buy some to try in your own kitchen.

By the time we’re finished, you’ll be fully prepared to select, cook, prepare, and eat crab in the comfort of your own home (or to avoid the trouble and head out to a good restaurant for it).

There is a saying in Baltimore that crabs may be prepared in fifty ways and that all of them are good.

Which is just one of many allusions to the fact that crab meat is considered almost universally delicious. On every coast where crabs can be caught, they form an interesting and sought after component of the local cuisine.

The soft, delicate, and sweet taste of crab meat is what makes it such a delicacy. Smaller species of crabs — like soft shell crabs — are often eaten whole because of how tender and succulent they are.

Larger, harder-shelled crabs are prepared differently (more on that in a moment), and the meat of their claws and legs is particularly prized for its flavor.

Additionally, crab meat is graded for the fineness of its quality in many parts of the world. Handpicked crab is often considered to have the sweetest taste and finest texture, while machine processed crab is lower in quality and lacking a certain flavor found in fresh-caught crab (and the tomalley is a different matter). We’ll discuss the full crab meat grading system in a later section.

You’ll notice that most crab is sold frozen in stores. This is because the shelf life for fresh crab is only about 4 days; to preserve the animal’s flavor, the best crab meat is frozen almost immediately after being caught.

Aside from its delicious taste and texture, crab meat is also quite healthy — that is, so long as you’re not dipping it in melted butter with each bite!

Here are the most important nutrition facts for a 4 ounce serving of crab meat, courtesy of nutritionvalue.org:

The crab’s high cholesterol and sodium contents make it less than desirable for someone looking to eat a heart-healthy diet.

But for the average person, crab meat’s low calories, low fat, and high protein make it a good dietary choice when eaten in moderation.

Different Types and Grades of Crabs for Meat

Most crab meat available today comes from one of four species:

America’s crab meat grading system is more complex. It is as follows:

Each of these different grades has a slightly to extremely different taste and texture, and each lends itself well to the preparation of different types of dishes.

What Is Imitation Crab Meat?

The Japanese tradition of imitation seafood products, or surimi, is often shaped into “imitation crab meat” and sold in stores. In reality, this product is made of pulverized white fish mixed with starches, which is then shaped and cured to resemble the leg meat of a crab.

Imitation crab meat has been around since 1974, and is still a popular option in both Japanese and American sushi restaurants.

It is now most commonly made from Alaskan pollock, made more aromatic with the addition of natural or imitation crab flavoring, then colored with red dye to finish it.

Because of its different taste and texture, imitation crab meat should not often be substituted for fresh or frozen crab meat in recipes.

Where it is most successful — as in lightly flavored seafood soups — imitation crab meat is considered more as a fish cake than a crab substitute.

How to Cook With Crab Meat

There is no end to the ways that ingenious cooks across the world have learned to cook with crab meat (usually boiled alive). Everywhere that it can be found, this sweet and versatile meat makes its way into dozens of popular dishes.

So in the spirit of exploration, let’s take a look at some of the best “no recipe” recipes for cooking with crab meat from around the world.

Crab bisque is a smooth and creamy French soup made flavorful by a generous addition of spices to a shellfish-based broth.

Making a blond roux by stirring flour and clarified butter over a low heat provides the creamy base for the soup; from there, spices like black pepper and paprika can give it a spicy kick, or root vegetables can be used to make it heartier.

Always include plenty of lump crab meat as the last step for the bisque, reserving it until the very end so the meat doesn’t get overcooked and chewy. Here’s a crab bisque recipe we love.

Corn crab soup is a popular Chinese variation of cream of corn soup, with soy sauce and seafood broth used to give it a decidedly salty and savory taste.

At its simplest, this can be made by combining a can of creamed corn soup with a smaller can of lump crab meat and heating the two together.

At its most complex, a days-long reduction of corn and seafood stock makes a silky base for fluffy pillows of steamed crab meat and a pungent green onion garnish. Here’s a great corn crab soup recipe.

Corn and crab chowder is the American take on the above soup, favoring hearty alliums like onion and garlic to give its base a strong flavor.

Plenty of milk or heavy cream is added to the soup, and Old Bay seasoning is a popular way to give it a little bit of color and plenty of flavor. Here’s the go-to corn and crab chowder recipe.

Like shrimp, they can be sautéed in light oil in a pan, baked in the oven, or deep fried to give them different textures. They’re commonly associated with the Chesapeake Bay states of Maryland and Virginia, and usually come served with remoulade, tartar sauce, and/or cocktail sauce. Here’s a great Baltimore-style crab cake recipe.

Crab dip was once a cocktail party staple, owing to its simple preparation and rich flavors. At its most basic, this dip is simply a well-mixed combination of softened cream cheese and jumbo lump crab meat, served hot with a side of bread or crackers to dip with.

Some versions will also use mayonnaise or various cheeses, and rarer takes include roasted vegetables like mushrooms, artichokes, or onions. But as long as you keep the base of crab and cream cheese, you really can’t go wrong. Here’s McCormick’s go-to recipe.

Crab rangoon is a classic American Chinese dish that features prominently in buffets across the United States.

It mixes crab and cream cheese as a filling (similar to crab dip), wraps this in a wonton wrapper, and then deep fries the whole thing. Excellent on their own, crab rangoons are also often served with sweet and sour sauce to dip into. Here’s a great Crab Rangoon recipe.

It’s most often served as part of a spread of dishes, accompanied by rice and salads to make a full meal. To make it yourself, consider using a curry paste from your local Indian or Asian grocer with plenty of coconut milk and lump crab. Here’s a great crab curry recipe.

Crab ceviche is an excellent summertime snack, and quite easy to make too. Finely chop a few tomatoes, a small red onion, and a clove of garlic, then mix them in a bowl with the juice of three limes and a heavy pinch of salt.

Add flake or lump crabmeat to this, and serve with fresh tortilla chips as a snack or midday meal. You can also add extra chili peppers to this, as well as chunks of fresh fruit like papaya, pineapple, or watermelon. Here’s a good crab ceviche recipe.

Where to Buy Crab Meat

If you have a store with a well-stocked seafood counter, you may also be able to get fresh crab to cook at home.

Another good option is to check for any Asian or Indian markets in your town or a nearby city. They will often have a wide range of seafood products, from fresh to frozen to dried and powdered. Just be prepared to use Google translate on your phone if the packaging isn’t written in English.

The internet also has no shortage of places to order online, and you can have crab meat delivered freshly frozen directly to your home.

The Crab Place has good prices on bulk quantities of Maryland crab meat. Crab Dynasty has four types of crab meat to choose from, including jumbo lump and claw meat.

And you can even buy whole dungeness crabs from Pure Food Fish Market, a longtime purveyor in Seattle’s famous Pike Place Market or Amazon. 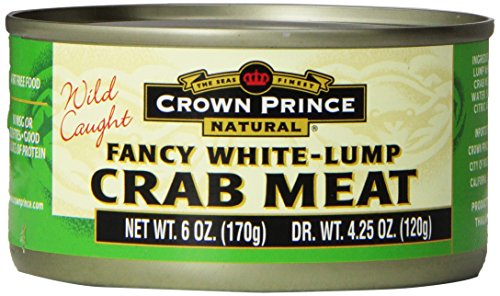 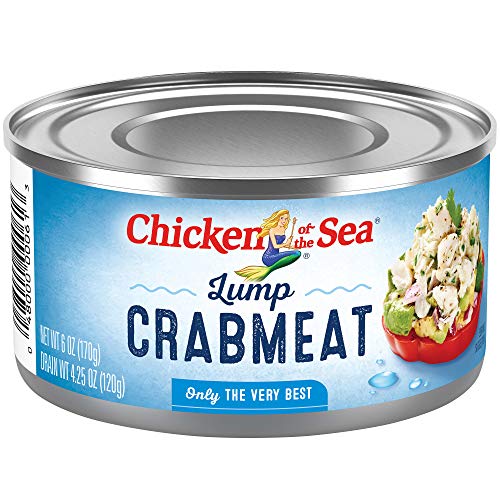 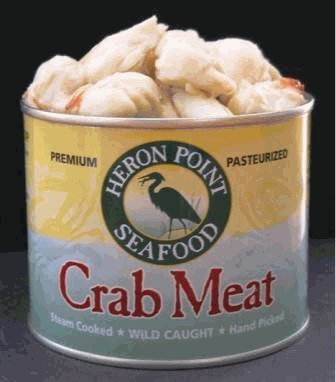 And to finish things up, let’s take a quick look at the most common questions we’ve heard people asking about crab meat.

Is crab meat healthy to eat?

Because it is low in calories and fat while being high in protein, crab meat is generally quite healthy to eat. Its high sodium and cholesterol contents mean you should be careful to eat it in moderation, though.

Why is crab meat so expensive?

Crab meat costs a lot because of the labor involved in catching, preparing, and shipping it – similar to scallops. It has a short shelf life too, so companies need to make sure they’re making enough profit to offset the costs of losing some product to expiration. That said, it’s not nearly as expensive as some other seafood like caviar.

Which type of crab meat is best?

Crab connoisseurs consider blue crab meat to be the tastiest and most delicate of all. 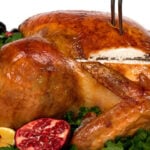 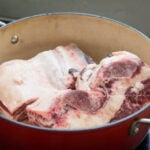 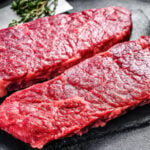 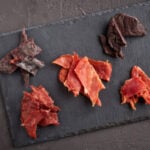 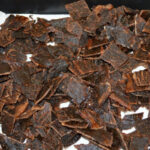