You are here: Home / Meats / Poultry / Essential Guide To Quail Cuts of Meat 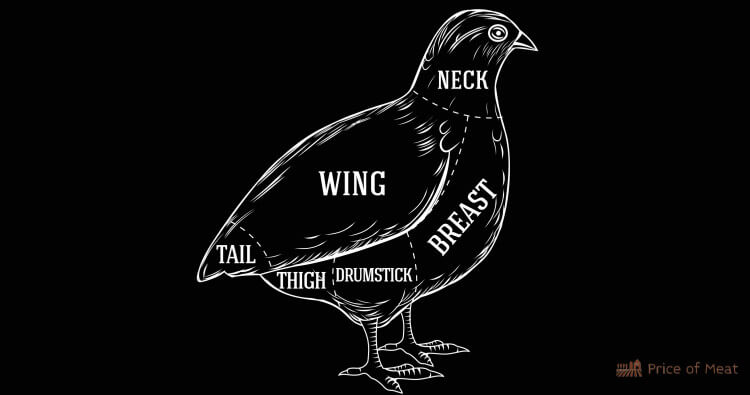 Quail meat is a healthy alternative to common poultry like chicken. In this blog post, you will get an learn about different quail cuts of meat and how to cook them for maximum flavor and enjoyment, in addition to the flavor and protein.

Quail is a popular game bird that can be cooked in a variety of ways from roasting to grilling. Here are the primary quail cuts (which are very similar to duck cuts and squab cuts).

Since most quail are not that large, they are usually eaten whole. A ready-to-cook quail weighs about 3 to 7 ounces, including the giblets. They can be roasted or grilled on a spit, or butterflied and grilled.

They have a lot of meat throughout their body, so it makes for a slow, relaxing meal finding all the slices of meat from the bird.

The legs of the quail are also very tender and sweet tasting. Whole quail legs can be roasted, grilled, or even smoked for flavor and enjoyment.

Quail breast meat has little fat and cooks fast, making it easy to overcook. For most people, the quail breast is the most preferred cut of meat. It can be cooked whole or butterflied and is very good with a dry rub and smoked.

Otherwise known as the Maryland, the legs and thighs of a quail can be separated at the joint into two smaller pieces known as leg quarters. Leg quarters are great pan-fried or grilled because they’re very meaty and tender to eat. They also require less cooking time than the whole bird.

The other cuts of a quail are worth mentioning, though they are all mainly used for cooking up a rich, flavored stock.

A quail’s wing is not just skin and bone. Quail wings are a very good choice for grilling since they don’t take long to cook or require any special preparation.

The drumstick of the quail is another good choice for grilling since it has a lot of meat and little fat. The meat does not tend to come off the bone, but the drumstick is still delicious even if it’s eaten by hand.

Quail meat is a popular, healthy alternative to red meat. It’s also delicious with several cuts to choose from. It’s a bit gamier and “wilder” than chicken, and works well roasted or on the grill. Even though breast is the most useful, every part of the quail can be used to add maximum flavor to a range of dishes.

Here are a few FAQs about quail cuts.

What is is Vietnamese fried quail served with?

Otherwise known as Chim Cut Chien, Vietnamese fried quail usually uses the whole quail with a special marinade based around garlic and pepper. Read more with this recipe.

How much does quail meat cost?

Frozen whole quail has an average price of $1.50 to $4 per pound, depending on the region. Fresh whole quail is typically in the range of $7 to $9 per pound. Quail breast meat costs between $10 and $14 per pound with wings at around half that price.

What are the best cuts of quail meat?

The breast, leg quarters, whole legs, and drumsticks are the most used cuts of quail meat. Whole legs require less cooking time than the whole bird itself. They are also very tender and can be seasoned with a dry rub before smoking their flavor into them.

Why is my quail meat tough?

Quail meat will generally be tough if it is overcooked. This can be minimized by using a dry rub to seal in the natural flavors and cooking at low temps for longer times to ensure that the meat does not get too hot.

How do you keep quail moist?

Quail require two steps to keep their meat tender and flavorful. First, they should be cooked at lower temperatures to avoid drying out the meat. Second, they should be basted with butter or oil while cooking to keep them moist and tender.

Quail meat is a popular, healthy alternative to red meat. It’s also delicious with several cuts to choose from. It’s a bit gamier and “wilder” than chicken, and works well roasted or on the grill. Even though breast is the most useful, every part of the quail can be used to add maximum flavor to a range of dishes. 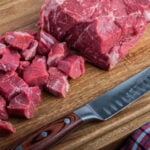 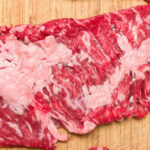 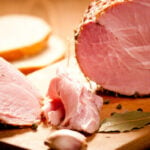