Native to Australia, the emu is the second largest living bird by height (only the ostrich stands taller). And just like the ostrich, emus have been targeted as a potential alternative protein source that’s fit for farming and ranching across much of the world.

In fact, the early 2000s saw a big push for Americans to start eating emu meat. And though it’s still not a commonplace sight at the dinner table, once you try emu meat you just might want to start making it a part of your weekly meals.

We consulted with chefs and farmers to get the inside scoop on emu meat, from its unique taste to its healthful properties and how to cook it. In this article, we’ll share all of that as well as details on the life of an emu and a handful of recipes. Then, we’ll point you towards where you can buy emu meat to try in your own home. By the time you’re finished reading, you’ll be a relative emu expert.

Unlike other birds, emus (and the closely related ostrich) have red meat, not white meat. This is due to the presence of myoglobin in their tissues, giving a distinct taste, texture, and color to their meat.

The taste of any animal’s meat will be a product of three things: Its unique genetics, the environment it’s raised in, and how the meat is prepared.

In the case of emu, its red meat tissues mean that it tastes similar to beef or lamb — but its wildly different diet and exercise mean that it has lean meat and is lower in cholesterol and sodium. That’s a big plus for health-conscious eaters who still want to eat red meat regularly.

Todd Green, a zoologist at Oklahoma State University, said in an interview for National Geographic that “[emu meat] tastes a lot like beef, even though it’s a bird.” Sugar Maple Emu Farm in Wisconsin backs up this claim, and adds that it tastes most similar to a lean cut of beef.

Butcher Tim Driscoll goes a step farther in an interview for ABC Australia, saying that the taste of emu meat is “in between [beef] rump and probably duck… It’s very tender and good protein.”

Uniquely Emu Products, Inc. is a big advocate for the full use of the bird, from eating its meat to using its oils and more. They’ve provided the following nutrition facts for a 100 gram portion of ground emu meat:

That’s all in addition to a healthy host of B Vitamins and minerals, making emu one of the healthiest red meats you can possibly eat. It’s a veritable superfood! So much so that the American Heart Association has recognized emu meat as a healthy alternative to beef. Even better, American emus are raised free-range without the use of antibiotics or hormones, making them an all-round healthy choice in every regard.

Emus and the Environment

One of the biggest reasons for the early 2000s push to raise emus — and use their meat as a replacement for beef — is because an emu ranch requires much less land to raise than cattle and provide proportionally more meat. Where it takes 5 acres to raise a cow, an emu requires just 3.

Furthermore, their healthier meat also comes with a large amount of emu oil that can be used in cosmetic products.

So why isn’t emu more popular in America, where there’s plentiful farmland to raise the birds? Unfortunately, small emu farmers are competing with some of the largest interests in food marketing and lobbying — the beef and chicken industries.

So even though emu is a delicious alternative to both beef and chicken, it’s lack of marketing and funding means it’s unlikely to overtake other meat sales anytime soon.

Because of their size, emus can be broken down into nearly as many cuts of meat as you’ll find with beef. This combined with emu’s agreeable flavor means there’s a huge range of recipes where you can substitute emu for read meat or white meat. In this section, I’ll get you started with some ideas for “no recipe” recipes where emu meat could be the star of the show.

Emu steaks seared on the grill are definitely a possibility — but don’t throw them on right away. Because emu is so much lower in fat than beef, it’s in danger of drying out if it’s not marinated before grilling. Try a barbecue sauce marinade, or a simple honey, herb, salt, and olive oil mix. Give the emu steak plenty of time to soak up flavor and moisture, then grill it to medium rare; any further than that, and the meat will take on an unpleasantly tough texture.

Emu burgers follow the same rule as above, but using ground emu meat instead of whole steaks. Add a little bit of fat to your emu burgers via oil, egg yolks, or bacon pieces — this will help insulate the burger from high heat and keep it moist and juicy. Emu burgers are flavorful while being healthy, and pair wonderfully with all the classic fixings and either a side salad or fries.

Emu tacos can be made from either marinated steak cut into strips, or well-seasoned ground emu meat. Either way, try using the classic Mexican seasoning combination of salt, cumin, and chili powder to give these tacos a south-of-the-border feel. Serve with tortillas, and if you’d like to make them more fajita-style, sear up strips of bell pepper and onion in olive oil and serve with seasoned rice and refried beans.

Emu roasts are an option where you have a larger cut of meat, and they’re excellent when made in a slow cooker. Sauté onions in a little bit of oil, then add them to a slow cooker with roughly chopped carrots and potatoes. Nestle your emu roast between these vegetables, add your favorite dried herbs and a little bit more salt, then cover halfway with chicken, beef, or vegetable stock. Made this way in the morning, you’ll have a full meal waiting for you at home for dinner.

Emu meatloaf made from ground emu meat couldn’t be any easier, and it’s significantly healthier than using beef for a meatloaf. Just combine your ground emu meat with a beaten egg and a handful of bread crumbs, then season with salt, pepper, and smoked paprika. Put all of this into a heavy bottomed bread pan, cover with aluminum foil, and bake in a 350 degree oven for 40 to 50 minutes. If you remove the foil with 15 minutes left to cook, the meatloaf will take on a nicely browned crust on top.

Soups, stews, and chili are the best way to use off cuts of emu meat, or bits of trim from making emu steaks. Your options here are nearly limitless. How about substituting emu for beef in a classic Guinness stew? Or using seared bits of emu as your protein source in a hearty chili, accompanied by tomatoes, beans, and roasted bell peppers? It’s equally delicious as a replacement for chicken in chicken noodle soup, too. Basically, if you have a soup or stew recipe you like, emu meat can replace the protein in it and add a new dimension to its flavor.

Casseroles are another excellent vehicle for emu meat. Try a mixing fully cooked and seasoned ground emu meat into mashed potatoes, then topping it with plenty of grated cheddar cheese in a casserole dish. It makes for a hearty, filling meal that’s easy to prepare ahead of time and tastes even better the next day.

Kebabs are another popular way to cook emu meat, and they can be made from either ground emu meat or cubed emu steaks. They’re super easy to make, too: Fire up your grill, and by the time it’s warmed up you can skewer a dozen or so emu kebabs. Big chunks of onion and bell pepper taste great with emu, and I like using a seasoning mix of soy sauce, honey, and vinegar to give the kebabs extra flavor and a crispier crunch.

Chicken fried emu is a special delight, as the bird has qualities of both chicken and steak. Start by lightly pounding out a few cutlets of emu, then marinate them overnight in buttermilk. The next day, dredge each cutlet through flour that’s been seasoned with salt, pepper, and paprika. Get a pan full of oil up to 350 degrees (best to use a thermometer here), then gently slide each cutlet into the oil. Fry for about a minute on each side, then remove to a plate and let rest to finish cooking. Serve with your favorite sauces, mashed potatoes, and coleslaw, and you’ll have a downright luxurious meal.

Where to Buy Emu Meat

Unless you live near an emu farm, chances are good that it won’t be available at your local butcher shop. But fear not: The internet has plenty of options to shop for emu meat online.

Amaroo Hills is my first choice for getting emu meat in the United States. They have such a fantastic range of emu meat products, all at very fair prices. If you’re trying emu for the first time, go for their ground emu and emu flat filets. But once you’ve gotten a taste for this delicious bird, branch out — their emu pastrami and emu jerky use amazing recipes to infuse the meat with tons of flavor. Basically there’s no going wrong with ordering anything from Amaroo Hills.

For a comprehensive selection of different cuts of emu meat, look towards Exotic Meat Market. They have a full range of emu steak and roast cuts, ground emu, and emu sausages — and they even sell emu eggs! In addition to making the biggest omelet of your life, emu eggs are prized for their brilliant blue color and are often sought after for use in arts and crafts projects.

Fossil Farms is your third and final option for buying emu meat online, but they have the smallest selection of emu products and don’t always have them in stock. Bookmark this as an option to check out if the other two sites are out of stock for the type of emu meat you want.

And to wrap things up, let’s take a look at the most commonly asked questions about emu meat.

Is emu meat any good?

Absolutely! In addition to being healthy, emu meat tastes like a delicious cross between beef and chicken. It’s an awesome meat to substitute for beef or chicken in just about any recipe – even exotic jerky!

Despite being native to Australia, emu is not a popular meat in Australia. It’s consumed by aboriginal Australians, but other than that emu meat has only made its way onto a few menus in fancier establishments. It’s still a long way away from being an everyday meat in any part of the world.

Emu meat definitely tastes very close to ostrich meat. They’re both large birds, and both have red meat that tastes like a cross between beef and chicken or duck. 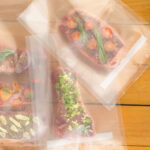 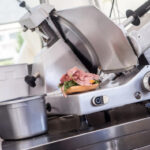 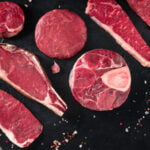 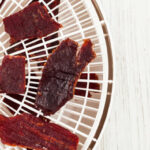