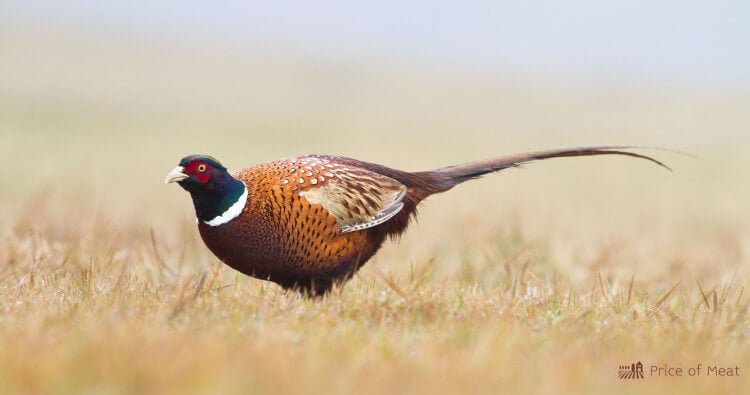 Millions of years ago, the ancestor to all of the domesticated and wild fowl we know today branched out into multiple species. Chickens are one branch of this tree, and pheasants are closely related.

But where chickens have been bred for large-scale production (rather than pasture-raising), the humble pheasant hasn’t enjoyed the same popularity. Why?

That’s what we’re here to explore today. To do so, we’ll cover everything you need to know about pheasant meat: What it tastes like, how to cook it, and where to find pheasant to try in your own kitchen.

Along the way, we’ll compare this fowl to other, more common meats like chicken, including its nutrition and flavor. By the time you’re finished reading, you’ll be prepared to buy, cook, and taste your own pheasant — if you’re brave enough!

The taste of any pheasant’s meat will depend mainly on whether it is wild or farm-raised.

Farm-raised pheasant has a very light and clean taste to it, very similar to the white meat from chicken. It may have a slightly gamey tone depending on how it was raised.

And just like chicken, it has a fairly low fat content — so you have to be careful not to overcook it, or it will dry out and taste very unpleasant.

Wild pheasant has a much stronger, gamier flavor, and usually more dark meat, which is typical of a wild game bird. The texture of the meat is still very similar to chicken, but with a stronger grain to it. If you’ve ever eaten duck or quail, it’s very similar to that (while being much less fatty than duck).

One other thing may affect the flavor of a pheasant’s meat: Whether it’s aged after being butchered. Traditional British huntsmen would hang their pheasant kills for a few days, allowing them to begin drying and fermenting. This would further intensify the bird’s flavor, making it incredibly gamey, savory, and aromatic.

As well as a surprisingly diverse array of vitamins and minerals, including small portions of calcium, magnesium, phosphorus, potassium, sodium, selenium, zinc, riboflavin, niacin, vitamin A, and folate.

Overall, this positions pheasant meat as being quite a healthy protein choice. This is especially true when compared to fattier red meats like beef, pork, and lamb.

If you’re buying a farm raised pheasant, the risks and considerations for it are minimal. Properly raised and processed pheasant carries no more germs or diseases than any other type of fowl, like chicken.

That said, just as with any other raw meat, it’s important to store it safely — keep pheasant meat on the bottom shelf of your fridge, with a plate under it to catch any juices, and make sure your refrigerator is set to its lowest temperature for best results.

Wild pheasants pose a different set of problems. While they’re not known for carrying any particular disease, there’s always the risk that the bullets used to shoot the pheasant will carry toxic chemicals like lead. Even small fragments of shot in pheasant carcasses can lead to negative health consequences over time (similar to wild turkey).

Pheasant that has been prepared in the traditional British way — hanging it for a few days to encourage decomposition and fermentation, deepening its flavor — brings on a new set of risks.

This type of pheasant should always be consumed fully cooked, to limit the possibility of exposure to bacteria and viruses.

How to Cook Pheasant Meat

Pheasant meat occupies an interesting intersection between fowl and game meat. Like chicken, it’s low in fat and prone to drying out if cooked too long, at too high of a heat, or with intense dry heat.

But it’s flavor is more intense than chicken, and lends itself well to longer cooking times to really show off its best flavors (similar to quail).

So before you start trying to substitute pheasant recipe for chicken in recipes you already know, let’s discuss the best cooking methods to get the most flavor out of these birds.

Braising is perhaps the best possible way for cooking pheasant meat. Using a Dutch oven to hold the separated pheasant leg, thighs, and breast meat, you can cover them with a rich broth and allow them to cook slowly.

This has the double benefit of leaving you with a richly-flavored jus after the birds are cooked. Add a little seasoned flour, and you can make a quick and delicious gravy to serve alongside the pheasant. More on that in the next section.

If you’re keen to get the long-cooked taste and gravy with less effort, considering using a slow cooker. Set it to low heat and completely cover your pheasant meat with broth to make sure it won’t dry out. For bonus points, add carrots and potatoes so you’ll have a complete meal with minimal hassle.

Using pheasant meat in soup is another good way to leverage its strong flavor while preventing it from drying out. Given a very quick sear in a pan, the meat will hold together better once you cut or shred it and add it to the soup. Add extra oil or butter to the soup, and you’ll create a protective layer of fat that will keep the pheasant even juicier.

If you’re dead set on using a dry cooking method like roasting, just do it low and slow. An oven set to 250 degrees is about as high as you want to go for roasting, and adding a pan of water in the bottom of your oven will make sure the birds don’t dry out.

Alternatively, give the pheasant meat a long marinade with oil, garlic, and salt to give it more fat and juicy flavor.

Types of Meals to Make With Pheasant Meat

Pheasant meat has made a major appearance in two polarized cuisines: Those of the British Isles, and those of Southeast Asia. Needless to say, both regions have widely different meals and ways of cooking. So why don’t we take a look at what a sample meal with pheasant would look like in both areas?

Southeast Asia is the ancestral homeland of the common pheasant. But because of its hardy nature, quick reproduction, and use as a game bird, it was soon distributed to dozens of countries across Europe.

In its native land, the pheasant is used much as any other fowl would be: If you find a Southeast Asian recipe that uses duck or chicken, chances are good that you can substitute pheasant. This means that curries, stir fries, and rich soups are all fair game.

When used in meals, the pheasant will rarely be the main attraction; instead, its meat will be used to add flavor and protein to more heavily-spiced dishes.

These will then often be complemented with rice and pickled vegetables as sides, and the meal can be as simple as these three components or as elaborate as a 12-course feast.

Where it’s been introduced to the British Isles and other parts of Western Europe, the pheasant is prepared quite differently.

Old cookbooks often call for simply roasting the pheasant, then covering it in gravy to serve — something I’d have to disagree with doing, as it’s likely to dry out the bird’s meat.

Braising is a more useful method (as covered in the above section), and pheasant would often be braised with whatever root vegetables were on hand. Potatoes, turnips, carrots, and parsnips all make an appearance alongside braised pheasant, making for easy one-pot meals.

For a fancier preparation, there is the French-influenced dish of pheasant, mushrooms, and herbs braised in white wine.

No matter what sort of meal you make with pheasant, just keep in mind that it does best with wet heat cooking methods, and it tastes like a more pungent and intense sort of chicken. That should guide you towards the best ways to cook with your pheasant meat.

Where to Buy Pheasant Meat

If you’re not lucky enough to have neighbors who hunt for pheasant, finding it can be a little bit tricky. Few if any grocery stores carry it, and all but the most adventurous of butchers will steer clear of this game bird.

Instead, you’ll have to look online for buying pheasant meat.

D’artagnan is one of the most reliable sources of pheasant meat available online. Their whole pheasant is all natural, free range, and free flight, raised with no antibiotics or hormones. That makes it one of the purest and cleanest pheasants you’ll find, and the whole bird packaging makes it perfect for the braising techniques we described above. D’artagnan ships to all 50 states, too, so if you live in the U.S. they’ll gladly get a pheasant sent your way.

And to wrap things up, let’s take a quick look at some of the most frequently asked questions about pheasants and their meat.

How good is pheasant meat?

Is pheasant healthier than chicken?

Pheasant meat and chicken meat have very similar nutritional values. So when it comes to which one is healthier, it’s really more about which part of each bird you’re using, and how you’re cooking them. Leaving the skin on either bird will add a lot of fat and cholesterol, making them less healthy. And if you’re eating the dark meat of either bird, it’s less healthy than the leaner white meat. But overall, neither chicken nor pheasant is automatically healthier.

Is pheasant a tough meat?

Pheasant meat is naturally quite tender, even though it’s very low in fat. If it’s overcooked, pheasant will get very dry — but still not particularly tough. When it’s cooked with a little bit of liquid or plenty of butter, pheasant meat is guaranteed to be tender and delicious.

Because it is a game bird, pheasant meat is considered a white meat. Red meats include beef, lamb, pork, and goat — but not birds like chicken, turkey, and pheasant. 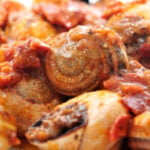 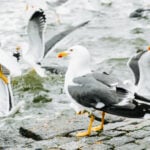 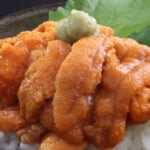 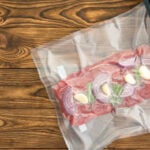 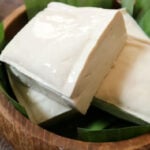 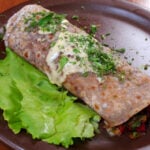